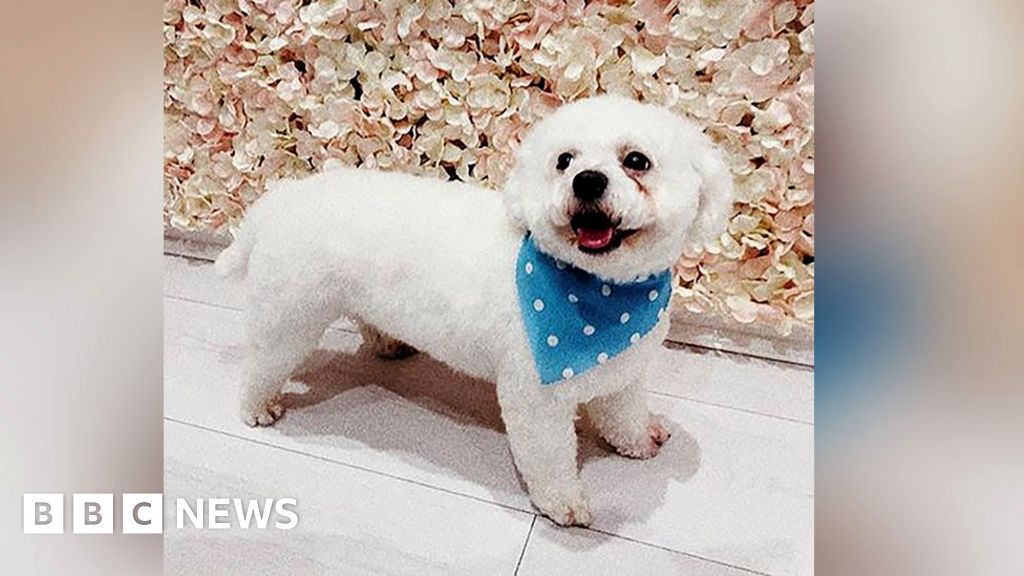 A pet dog called Henry died in the incident

Two men have been charged over a shooting incident in North Lanarkshire in which two people were injured and a dog was killed.

A 27-year-old man suffered injuries to his back in the attack in Cumbernauld on 23 January.

A 52-year-old woman walking her dog in the town’s Brunswick Gardens was caught up in the incident, and her dog, a white Maltichon called Henry, died.

Police Scotland said two men, both aged 23, had been charged.

They are due to appear in court at a later date.

How many statues of black people are there?

How to participate in Steve Hartman’s “Taps Across America”

Thousands of trumpet and bugle players will sound Taps from their porches on Memorial Day.
Read more

Free ways you can better yourself as you social...

If you've been craving more ways to be productive during your self-quarantines, here are ways to better yourself for free while you socially distance.
Read more

Some Social Security recipients to get stimulus checks today

Americans who get supplemental income set to get the money by direct deposit, while checks go out on Friday.
Read more

Trump pick to lead US media agency under fire...

President Trump's pick to lead the U.S. Agency for Global Media is coming under fire from Democrats and conservatives alike following a rash of high-level dismissals at the international broadcasts it oversees....
Read more

Tropical Cyclone Amphan made landfall close to the India-Bangladesh border with sustained winds of 160 kilometers per hour (100 mph), according to the US Joint Typhoon Warning Center.
Read more

House Democrat calls on US media agency head to...

The Democratic chair of the House Committee on Foreign Affairs is calling for the new head of the U.S. Agency for Global Media (USAGM) to testify before lawmakers following a purge of senior staff at the depart...
Read more

President Trump on Friday commuted the sentence of longtime confidant Roger Stone after the former campaign adviser was sentenced to serve three years and four months in ...
Read more

With just 142 days until the 2020 election, it will be here before you know it. Every Sunday, I outline the 5 BIG storylines you need to know to understand the upcoming week on the campaign trail. And they're ranked -- so the No. 1 story is the most important…
Read more

The U.S. Army is warning Americans not believe any text messages they receive that say that they've been drafted.The Army's recruiting wing...
Read more

Religious pilgrimages remain banned but no announcement has yet been made about the annual Hajj.
Read more

Some holiday accommodation reopens but differences in quarantine rules for visitors from abroad persist across the UK.
Read more

John Bolton is even more flawed as a hero than Darth Vader, who after a life of killing and oppression ultimately turned from the Dark Side to pitch the emperor into the abyss.
Read more

Happy Thursday and welcome to Overnight Defense. I'm Ellen Mitchell, and here's your nightly guide to the latest developments at the Pentagon, on Capitol Hill and beyond. ...
Read more

In shortened season, stars still had chance to shine...

The season began with Fernandomania and ended with a classic World Series matchup between the Dodgers and Yankees. Mike Schmidt slugged his way to a second consecutive MVP, and Nolan Ryan pitched another no-hitter.
Read more

Faulty lines of communication within the Trump administration caused hampered the distribution of remdesivir, a drug shown to a potential treatment of COVID-19, senior officials with direct knowledge of the situatio...
Read more

Newt Gingrich: I Am in Italy Amid the Coronavirus Crisis. America Must...

AP Source: Pitino will return for 8th season with Minnesota