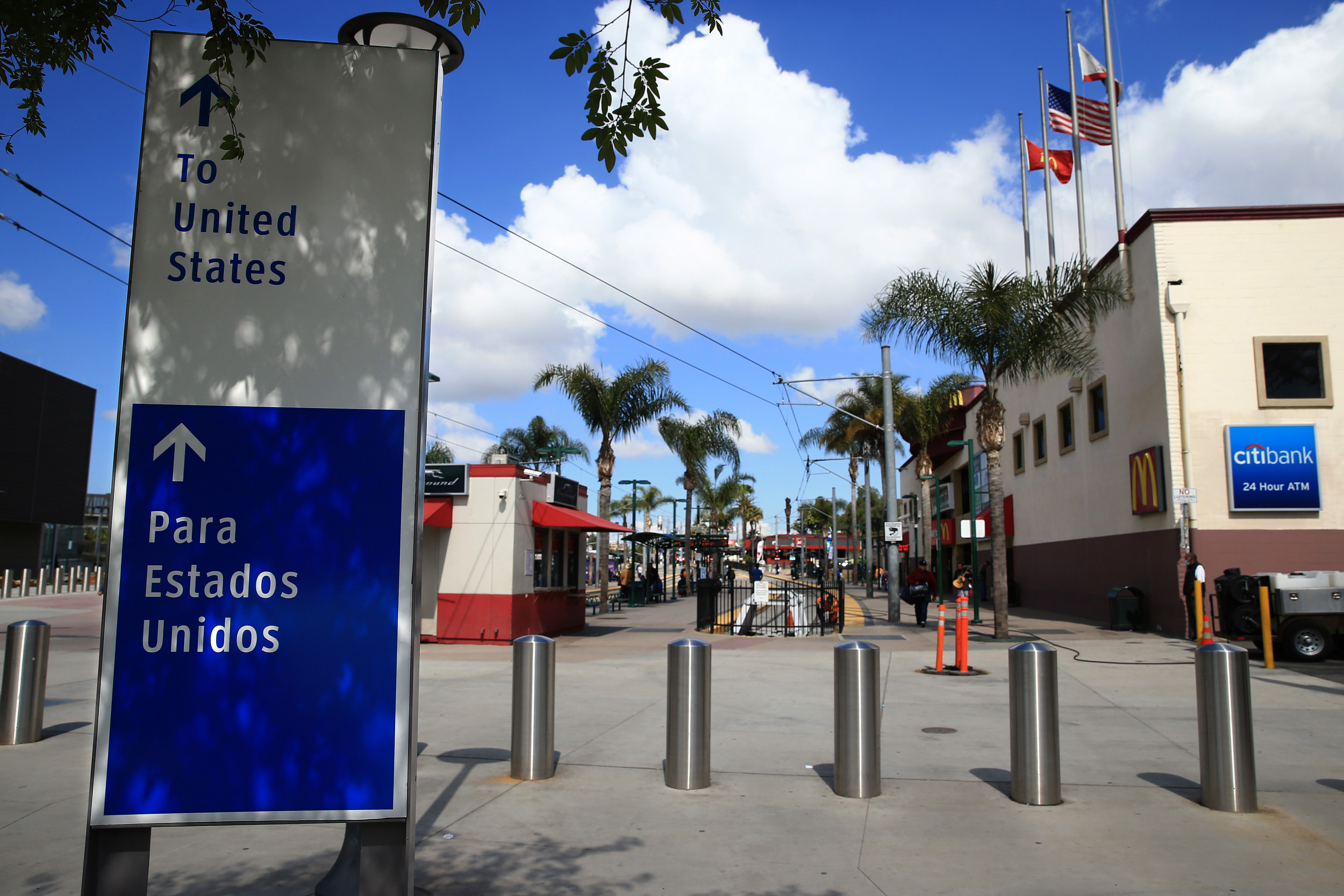 Protesters in Mexico blocked a U.S. southern border point of crossing for hours on Wednesday over fears that untested Americans will enter and spread coronavirus, and they have vowed to stop traffic for a second day.

With 82,404 positive cases of coronavirus, including 1,136 deaths, the U.S. on Thursday afternoon became the country with the highest number of confirmed COVID-19 cases, surpassing China and Italy. So far, Mexico has reported roughly 475 cases and six deaths related to the novel virus.

Members of the group Sonorans for Health and Life led the blockade of the DeConcini checkpoint on Wednesday afternoon. Residents in Sonora have pledged to do it again, although they did not specify when.

During the demonstration on Wednesday, the protesters held up signs urging Americans to “stay at home” while wearing face masks to protect from the virus. Although the border is already officially closed to all non-essential businesses, the protesters say that authorities have not adequately enforced the measure.

“There are no health screenings by the federal government to deal with this pandemic. That’s why we’re here in Nogales,” Jose Luis Hernandez, one of the protesters, told the Arizona Republic. “We’ve taken this action to call on the Mexican President Andrés Manuel López Obrador to act now.”

The group also urged authorities to consider conducting coronavirus testing on all Mexicans being deported from the U.S.

The protest comes as Mexican authorities continue to face sharp criticisms over their handling of the coronavirus outbreak. Miguel Barbosa, the governor of Puebla, recently drew outrage by claiming that poor Mexicans are immune to COVID-19 after reports said a large portion of those infected domestically were wealthy people who had been overseas.

“Most of them are wealthy people,” Barbosa said. “If you are rich you are at risk. If you are poor you are not. The poor, we’re immune.”

While Mexico’s official coronavirus cases are currently below 500, many are concerned that the real figure could be much larger as the government has thus far failed to provide widespread testing. Despite these concerns, Mexican President Andrés Manuel López Obrador told reporters on Tuesday that the nation will pass the “worst of it” in a month’s time.

The country is now attempting to encourage social distancing among citizens, but López Obrador has held off on tougher measures currently being implemented by other countries, such as quarantine.

Georgia Democrats think this is their year — and...

A home-state vice presidential candidate could help tip the state, along with its two Senate races and key campaigns for redistricting.
Read more

The brother of a South Korean official slain by North Korean soldiers at sea rejected the government's claim that the man had expressed a willingness to defect.
Read more

Haitians are remembering the victims of the massive earthquake that killed more than 100,000 people a decade ago, although the ceremony was marked by a protest against political mismanagement now and then
Read more

IS prisoner issue a ticking timebomb for the West

John Dickerson: Where does the buck stop now?

The standard for judging presidential decision-making may be shifting, depending upon which president you've asked
Read more

Some of the iPhone maker's retail outlets will require both workers and customers to wear masks.
Read more

Tennessee man accused of smoking crack in front of...

The suspect was charged with a slew of crimes.
Read more

Michael Bay producing pandemic movie, will be first to...

Michael Bay is poised to begin production on the first movie to shoot in Los Angeles since the COVID-19 pandemic lockdown began.
Read more

The National Weather Service is warning of "dangerously hot conditions" in many areas of the western United States over the next few days.
Read more

A judge says Anthony Levandowski carried out the "biggest trade secret crime I have ever seen".
Read more

Debut of Chinese e-finance giant derailed by fear of...

The world’s biggest online finance company was racing toward a stock market debut when it was derailed by official anxiety about risks in the fledgling industry, jarring global investors and adding to uncertainty about China’s financial markets
Read more

‘Very nice!’ How Kazakhstan went from hating to embracing...

Pakistan says it has evidence of India sponsoring attacks

Draymond Green is picking LeBron James and the Los...

Have you imagined piloting a plane into world airports
Read more

More self-identified Republicans say in a new poll that they are wearing masks "all the time" outside their homes,  although the percentage is still smaller than among Democrats or independents.Axios/Ipsos ...
Read more

Both the Lakers and Bucks need their Batman –...

The Los Angeles Lakers' 113-103 win over the Milwaukee Bucks proved one thing: It begins and ends with Giannis Antetokounmpo in Cream City.
Read more

Concern over Biden’s possible exposure to COVID-19 after Trump...

Why the Trump-brokered deals between Israel, Arab states mean...

Middle East experts say U.S.-brokered deals between Israel, Bahrain and the UAE offer progress but not peace, as they ignore the core Palestinian issue.
Read more

It's all love for "The Fresh Prince of Bel-Air" reunion.
Read more

A dispatcher and two 911 callers voiced concerns over...