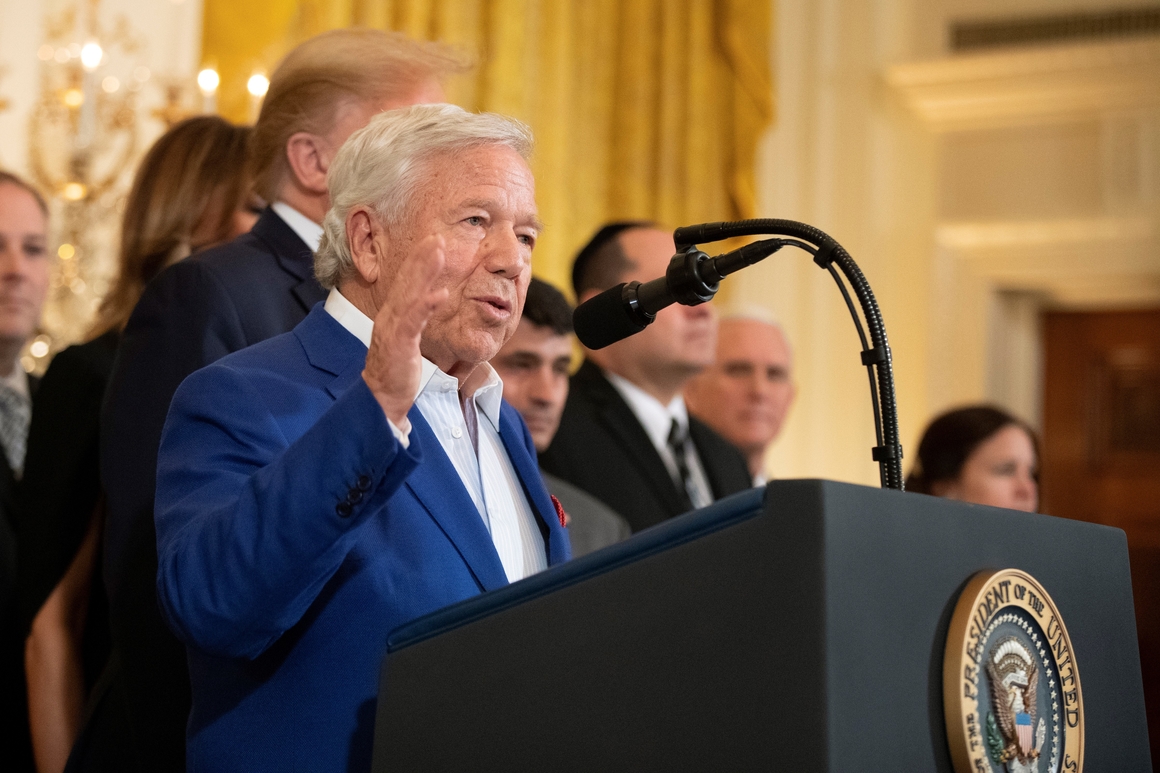 There are 7,738 confirmed coronavirus cases in Massachusetts, and more than a thousand of those cases were reported on Wednesday the largest spike the state has seen so far. To date, 122 people have died from the virus, and the state has conducted more than 51,000 tests. The state converted an arena in Worcester, Mass., into a 250-bed field hospital Wednesday as it prepares for an influx in patients, and is eyeing a Boston convention center as another possible hospital site.

For weeks, Baker has warned that Massachusetts is in desperate need of more protective equipment including masks, sanitizing wipes and gowns for health care workers on the front lines of the coronavirus crisis, especially as cases are expected to surge sometime between April 7 and April 17 in Massachusetts.

The Republican governor has raised those concerns with Trump. He told the president the federal government was outbidding Massachusetts on equipment even after advising states to work on getting their own supplies. A week later, the Bay State was still being outbid and had only received a fraction of what it requested from the Strategic National Stockpile. Baker grew increasingly frustrated at a recent press conference, saying hed seen confirmed orders for millions of pieces of gear “evaporate” before his eyes.

With Kraft’s help, it appears Massachusetts has found an alternate way to get necessary equipment. It wasnt clear Wednesday night whether Kraft or the state is paying for the protective equipment being imported from China.

When Baker was asked Wednesday about protective equipment during a press briefing in Worcester, he did not say much, but hinted at an announcement planned for Thursday. Baker’s office did not respond to a request for comment Wednesday night.

“I think we’re gonna have a lot more to say about gear tomorrow,” Baker said Wednesday. “I’m gonna leave it at that.”

“We’ve been working on a variety of processes and opportunities to make sure that we have the gear that we need to serve our medical community and our first responders,” Baker continued. “I’ve also said that I expected to have more information on this later this week, and I do.”

In honor of the upcoming turkey day, we have a new digital wallpaper to share with you created by our Disney Doodle artist Ashley Taylor.
Read more

DeWine asks McGrath to keep him out of attack...

Ohio Gov. Mike DeWine (R) asked that Amy McGrath, the Kentucky Democrat challenging Senate Majority Leader Mitch McConnell (R-Ky.) for his seat this year, refrain from using his image in her advertising after she cited him in a video blitzing McConnell.
Read more

Speaker Nancy Pelosi (D-Calif.) on Tuesday came to the defense of National Institute of Allergy and Infectious Diseases Director Dr. Anthony Fauci, saying he is crucial to ending the coronavirus outbreak in the U.S."Dr. Fauci is a truth-teller...
Read more

At issue is whether lockdown orders improperly fly in the face of the First Amendment.
Read more

Fear and misinformation fuel worldwide attacks attacks against health workers who are risking their lives to save their fellow human beings from disease.
Read more

The nurse said patients attend these parties to speed up the process of spreading the virus so America can get back to normal.
Read more

Couple reunites after months apart due to coronavirus restrictions

89-year-old Jean and 91-year-old Walter Willard, who have been married for 70 years, were separated for months due to coronavirus restrictions at Jean's nursing home. Earlier this month, the couple was finally able to reunite – and they couldn't stop kissing …
Read more

System crashes, random restarts, and all manner of more minor bugs are affecting some Mac users by all accounts.
Read more

Chris Cuomo Says His Coronavirus Fever Was So Bad, He Hallucinated Seeing...