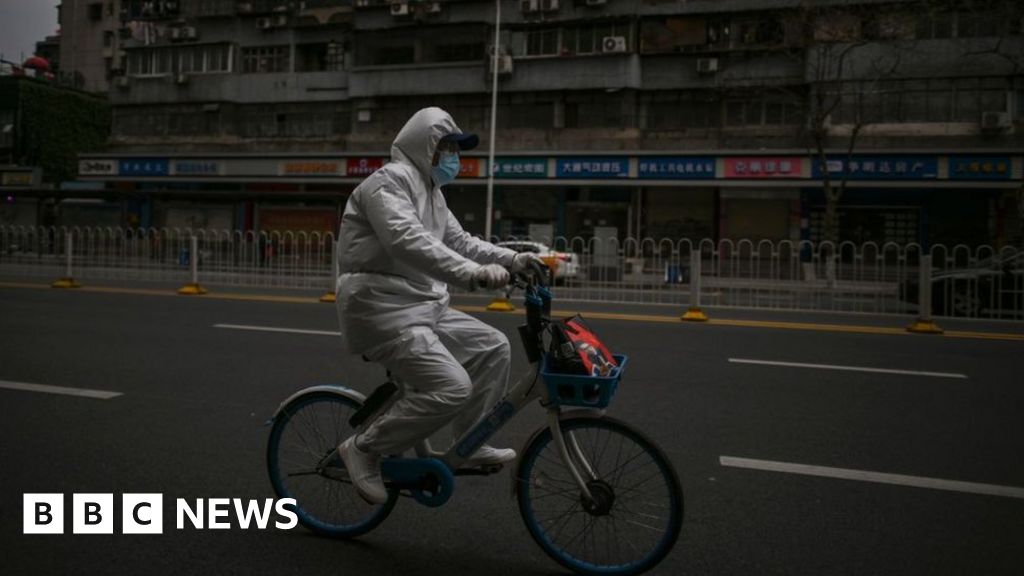 China reported no coronavirus deaths on Tuesday, the first time since it started publishing daily figures in January.

The National Health Commission said it had 32 confirmed cases, down from 39 on Monday.

It comes as the government is under scrutiny as to whether it is underreporting its figures.

The government says more than 3,331 people have died and 81,740 have been confirmed as infected.

All of the confirmed cases on Tuesday had arrived from overseas.

China is concerned a second wave of infections could be brought in by foreign arrivals.

It has already shut its border to foreigners including those with visas or residence permits.

On Wednesday, Wuhan is set to allow people to leave the city for the first time since the lockdown began in January.

Officials say anyone who has a “green” code on a widely used smartphone health app will be allowed to leave the city.

Some people in “epidemic-free” residential compounds have already been allowed to leave their homes for two hours.

But Wuhan officials revoked the “epidemic-free” status in 45 compounds because of the emergence of asymptomatic cases and for other unspecified reasons.

Asymptomatic refers to someone who is carrying the virus but experiencing no symptoms.

China began reporting asymptomatic cases at the beginning of April.

More than 1,033 asymptomatic patients are under medical observation.

Hitting back at claims China was too slow to raise the alarm, the country’s state media have published what they describe as a detailed timeline of its response and information sharing.

Realme X50 Pro Player Edition specifications have been teased, confirming that it will be a high-end flagship device. The launch is slated for May 25.
Read more

McConnell discusses prospects for another round of relief

And the CDC says the coronavirus ‘does not spread easily’ from contaminated surfaces or animals in revised guidelines.
Read more

US job creation larger than expected

CBS News has obtained audio from a call between Trump and the governors and the 18-page guidelines from the White House on reopening the country.
Read more

Trump’s Name Will Be on the Prepaid Stimulus Debit...

"I'm pleased to show you what a debit card looks like with your name on it, Mr. President," Steve Mnuchin told Trump.
Read more

Jews prep for a pandemic Passover: Smaller but no...

The Huawei Mate Xs is already sold out in...

Gov. Andrew Cuomo (D) warned Tuesday against "starving" local and state governments of federal funding as they face budget constraints amid the coronavirus pandemic. "If you starve the states how do yo...
Read more

Analysis: Trump pushes the limits of powers to an...

President Donald Trump's twin assertions this week of absolute power to reopen the country and unilateral authority to adjourn Congress are only the latest in a series of claims he has made challenging America's constitutional order.
Read more

"While endometriosis surgery is considered elective, many others like me do not feel that this surgery is 'optional,'" one woman said.
Read more

Maryland will offer diagnostic testing for the new coronavirus to state residents regardless of symptoms, Governor Larry Hogan announced on Tuesday.
Read more

The U.S. is less than 24 hours from a series of firsts for the nation's space program: The first manned orbital mission in nearly a decade, and the first using a privately owned and operated spacecraft.
Read more

Nursing homes have been struggling to protect their vulnerable residents from the coronavirus.
Read more

Hydroxychloroquine Questions Intensify as Journal Says Its Drug Study 'Did Not Meet...