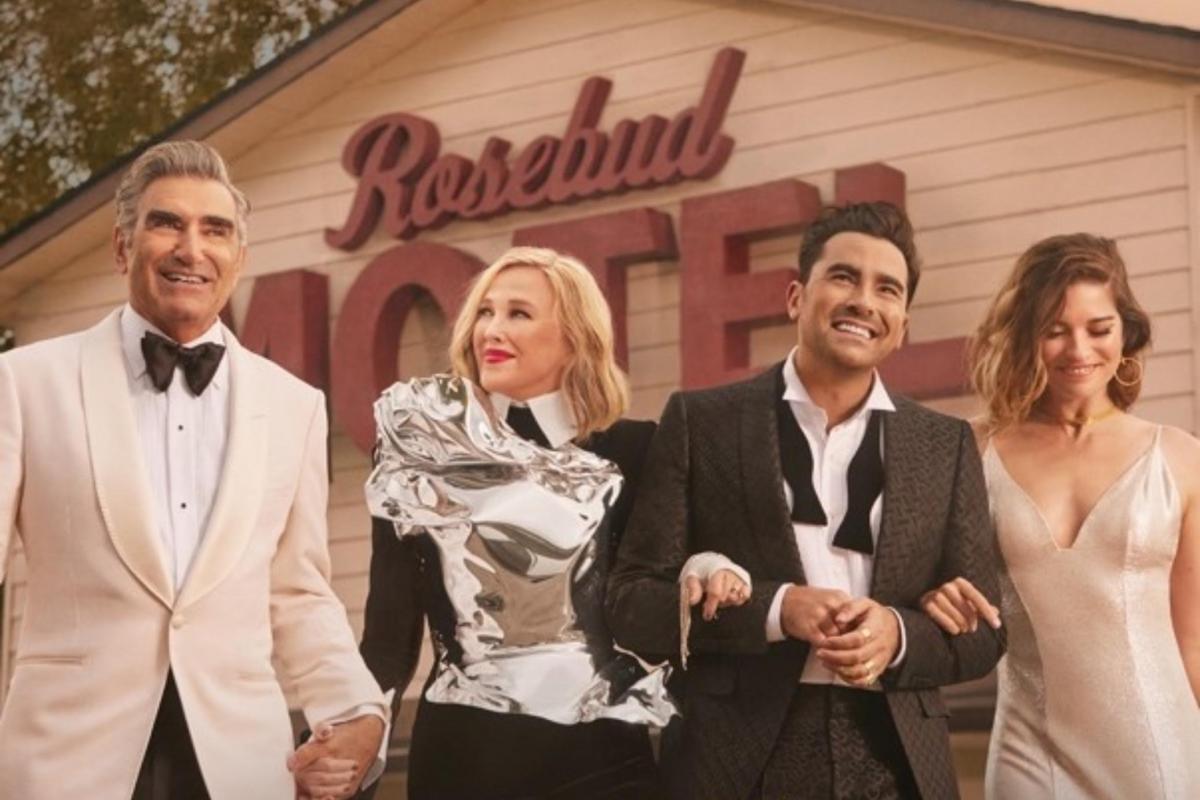 Though it has only just reached the peak of its popularity, Schitt’s Creek Season 6 will be the final season of the show, with its last ever episode airing on Pop TV on Tuesday, April 7. According to the show’s co-creator Dan Levy, it was how successful the show has become that persuaded him to end the series after 80 episodes.

Speaking to ABCNews, Levy said: “It was important for me that this show remains something that people cherish and that people go back to and revisit year after year or put on when they’re feeling blue…and in order to do that, you really need to be aware of when is the right time to say goodbye.”

He added in a Hollywood Reporter piece, “Season six felt like a great time to end on a high note with our fans and to give them exactly what they wanted without overstaying our welcome.”

However, in that article, the actor, who plays David Rose on the show, said he was open to returning to these characters again in the future. He said: “I don’t think I’ll ever close the door on the show.

“For now, this felt like the right time to say goodbye to this family. Whether we revisit them down the line, if there’s a story that feels necessary, of course I would think about a movie or a holiday special or something.”

However, if we do see more of the Roses, it will not be for a few years, as a number of its cast members have already signed onto new projects. In February, Alexis Rose star Annie Murphy was announced to be playing the lead in Kevin Can F*** Himself, a metafictional comedy exploring the plight of a sitcom wife.

As for Levy himself, he will soon appear in the movie Happiest Season alongside Kristen Stewart and Mackenzie Davis.

He may also not have time for more Schitt’s Creek for a while as he will be busy developing other shows. In September 2019, Levy signed an overall deal with ABC Studios to develop scripted series for the company.

“I’m thrilled to be partnering with ABC Studios in this exciting next chapter,” Levy said in a statement. “As I say a bittersweet goodbye to Schitt’s Creek, I look forward to the opportunity and privilege to continue to tell inclusive and meaningful stories that shine a positive light out there.”

Catherine O’Hara and Eugene Levy will next be heard in animated short film The Beast, Heroes of the Wildfire, while Patrick star Noah Reid is focusing more on his music career. After making fans across the world misty eyed with his rendition of “The Best” in Schitt’s Creek, the actor will be touring his new album once venues across the U.S. and Canada reopen.

It started out as a normal "Mondays with Michelle" episode – then the former president popped in.
Read more

How the House’s new remote voting will work –...

Amid the coronavirus pandemic, lawmakers are poised to be able to vote by proxy in the House of Representatives this week following a historic rules change to allow the chamber to operate remotely for the first time in its more than 200-year history.
Read more

"Though you've never seen my body, you still judge me for it," says the star, as her tour kicks off.
Read more

When Christopher Boddy was 14 years old, he'd log onto his computer after school to spend hours playing a game that taught him the basics of digital forensics, ethical hacking and cryptography.
Read more

A $500 billion corporate assistance program for distressed industries proposed in the $2 trillion Senate coronavirus stimulus bill will include an inspector general and oversight committee, according to a senior administr...
Read more

These Samsung 4K TV deals are seeing prices as...

You don't need to break the bank to upgrade this week, thanks to the latest Samsung 4K TV deals.
Read more

Dr. James "Charlie" Mahoney, a physician in Brooklyn for over 30 years, is another frontline casualty in the global fight against the coronavirus pandemic. But to those who knew him, he lived every day serving others and fought the virus with his endless posi…
Read more

Steve Coogan and Rob Brydon delight, in the brilliant...

The fourth — and final — outing in the series of improvisatory films mixes the serious with the sublimely silly.
Read more

Mary-Kate Olsen and Olivier Sarkozy reportedly clashed over having children before the couple called it quits after four and a half years of marriage.
Read more

After censorship of gay sex scenes, ‘God’s Own Country’...

"God's Own Country" director Francis Lee is calling for a boycott of Amazon after the platform appeared to omit gay sex scenes from his movie.
Read more

The president continues to criticize the vote-by-mail process.
Read more

Ohio Abortion Laws May Have Caused Rise in Later...

Travelers and homeowners alike have criticized the home-booking company for its response to the COVID-19 outbreak.
Read more

Column: With sports on hold, athletes take up new...

With sports still largely on hold because of the coronavirus pandemic, athletes and coaches have been looking for ways to pass all that unexpected free time
Read more

East Fife winger Danny Denholm explains how the coronavirus pandemic has disrupted his football, his wedding and also his work.
Read more

‘Peter Rabbit 2’: Will the Delayed Movie Get an...

"Peter Rabbit 2: The Runaway" was originally slated for released on April 3, but was delayed by Sony Pictures.
Read more

Trump calls Pelosi a ‘sick woman’ after her remarks...

President Trump criticized House Speaker Nancy Pelosi (D-Calif.) on Tuesday, calling her a "sick woman" and a "waste of time" after the lawmaker labeled him "morbidly obese" in a television interview a day prior."I...
Read more