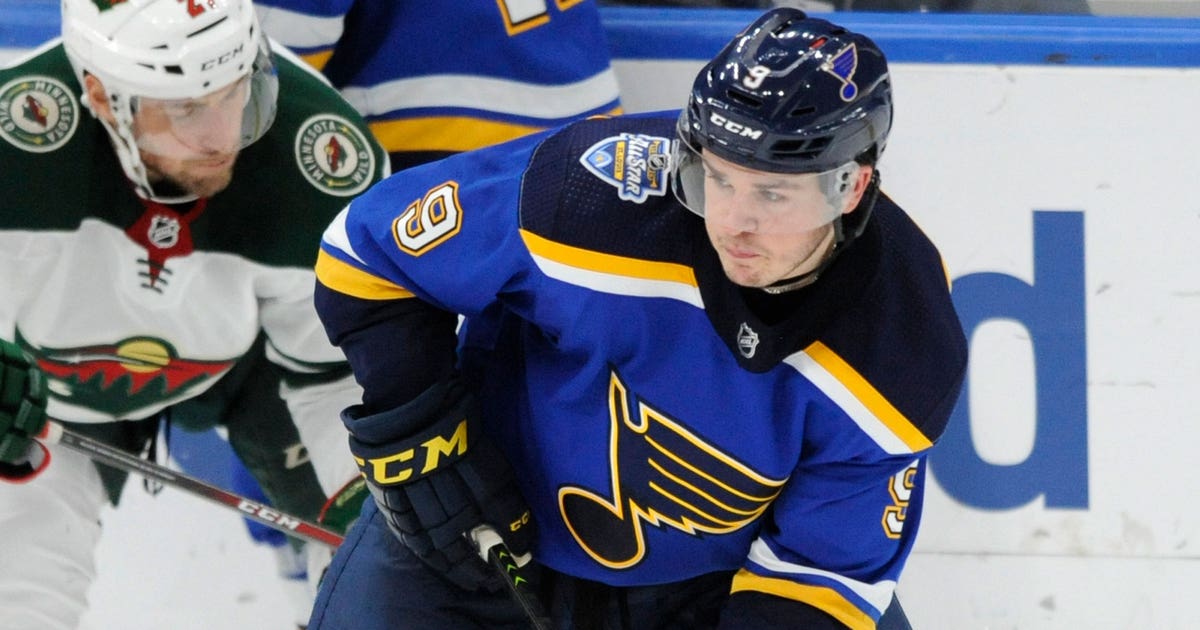 ST. LOUIS — Forward Sammy Blais has frequently been held back by injuries over his first three seasons in the NHL, but the St. Louis Blues clearly believe he’s shown enough talent while on the ice to earn a multi-year contract.

The team announced Wednesday evening that it has signed Blais, who would have been eligible for restricted free agency this offseason, to a two-year extension. The deal will pay Blais an average annual value of $1.5 million per season.

Blais missed a large chunk of the 2019-20 season after breaking his right wrist in late November, but he played in 40 games, scoring six goals with seven assists. He also provided a major physical presence, leading the team with 155 hits despite sitting out for nearly half the season.

Over 83 career games, the 23-year-old Blais has nine goals and 11 assists.

The season premiere of “48 Hours” explores the murder of a newly-married woman in Orlando, Florida. Authorities suspect the renovation of the new home she got with her husband may have played a role. "48 Hours" correspondent Erin Moriarty joined CBSN to previ…
Read more

The number of Americans seeking unemployment benefits fell last week to 751,000, the lowest since March but a figure that remains historically high and indicates the viral pandemic is still forcing many employers to cut jobs
Read more

The first minister accepts her government "did not get it right" over Scottish exam results.
Read more

Southampton manager Ralph Hasenhuttl says he is "very proud" of his team after an "unbelievable" win against Manchester City.
Read more

The CDC study says true COVID-19 rates were more than 10 times higher than reported cases in most U.S. regions from late March to early May.
Read more

The former Soviet leader warned that the coronavirus pandemic has set Washington, D.C. and Beijing on the path to conflict.
Read more

Fact Check: Did the KKK and Taliban Endorse Donald...

Many Trump critics on social media have said that the president is supported by the two violent extremist groups.
Read more

Harris met several boys at a 2019 cheer competition where he served as a coach, trainer, mentor, representative and agent. He allegedly asked them for their numbers, and groomed them not long after.
Read more

46 Coronavirus Deaths Confirmed, Another 52 Suspected At One...

At least 46 residents at a New York City nursing home died after contracting COVID-19, and another 52 deaths are suspected to be connected to the virus.
Read more

Puerto Rico’s governor is promising wage increases for teachers, police officers, firefighters and other public workers, unveiling a government budget bigger than the one submitted by a federal control board that oversees the island’s finances
Read more

A top federal bank regulator on Wednesday released a sweeping revision of anti-redlining rules Wednesday amid reports about his pending resignation, spurring alarm and confusion among the banking industry and its critics....
Read more

Proofpoint has discovered several campaigns that use stimulus payments to trick users into giving up financial and credit card information.
Read more

Apple Fire in California was sparked by vehicle malfunction,...

A wildfire that's burning in the mountains east of Los Angeles and forced thousands of people from their homes was sparked by a malfunctioning vehicle, officials revealed on Monday.
Read more

Hundreds of staff at the U.S. Agency for International Development wrote a letter demanding their leaders hire more people of color, make a statement on racism.
Read more

This PS5 demo is the most impressive look at...

This Unreal Engine 5 demo is more impressive than any PS5 or Xbox Series X game revealed so far.
Read more

‘Crashing down’: How the child care crisis is magnifying...

Ninety-three percent of child care workers are women, and 45 percent are Black, Asian or Latino, while half of child care businesses are minority-owned.
Read more

The move comes even as competitors postpone games and lose players to infections.
Read more

HBCU players were counting on their pro days and the first HBCU combine to help get much-needed attention from NFL scouts.
Read more

The following is a transcript of an interview with former FDA Commissioner Scott Gottlieb that aired Sunday, July 5, 2020, on "Face the Nation."
Read more

Steve Wozniak says the reliance on algorithms to stop such scams is not working.
Read more

"We haven't been given a lot of reason to trust the system," said one Black mom. "Why would we trust it now, and with our most precious thing: our child."
Read more

Vaccines against COVID-19 move forward amid reluctance from Americans

COVID-19 vaccine developers push ahead as cold weather looms. Many Americans are hesitant to be first in line for the vaccine. Dr. Ashish Jha joins "CBS This Morning" to discuss.
Read more

Biden says he hasn’t been tested for coronavirus

Joe Biden says he’s not personally concerned about getting the coronavirus -- and shared that he hasn’t yet been tested for COVID-19, the disease caused by the virus.
Read more

The animal "was in the bushes and came out to challenge the firefighters," said a spokesman for the Ventura County Fire Department.
Read more

Fauci says ‘I’m not against’ mask mandates, but doesn’t...

Anthony Fauci said Wednesday he wants everyone to wear a mask, but doesn't think mandating it would be successful, because it would be too difficult to enforce.In an interview with Andrea Mitchell on M...
Read more

Coronavirus May Spread via Pillows Used by Presymptomatic COVID-19...

A new study found the virus contaminated several key surfaces in a hotel room in less than 24 hours, despite the patients not yet showing any symptoms.
Read more

Gaza students back to school with few virus safety...

How to watch What We Do In The Shadows: stream season 2...