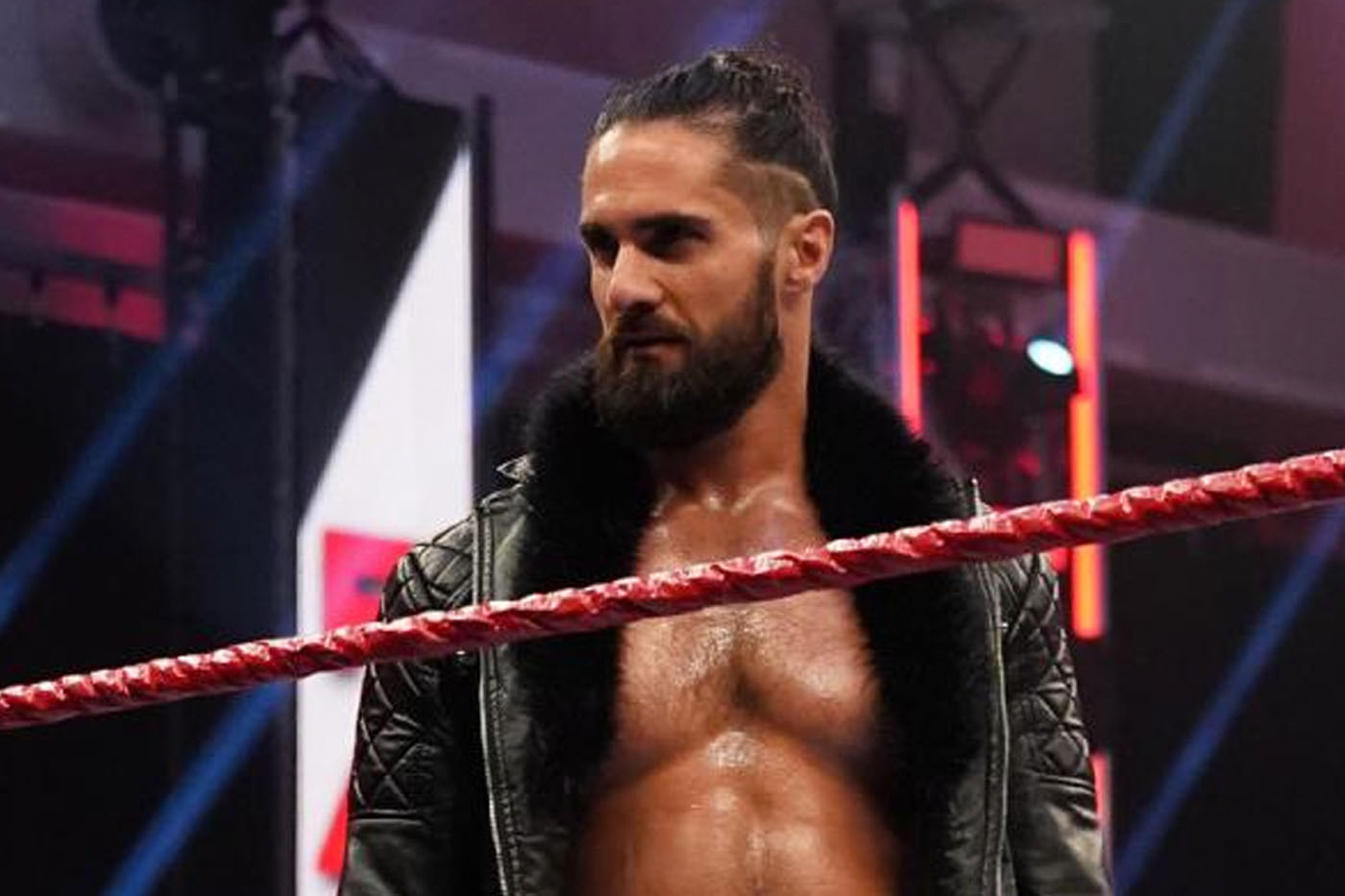 Just a few weeks away from the Money in the Bank pay-per-view and Monday Night RAW continues to prep fans for that show with qualifying matches on tonight’s show.

The first of three qualifying matches starts with the one-on-one bout between Rey Mysterio and Murphy. This will mark the first time these wrestlers meet in the ring and the future WWE Hall of Famer will look to get back into the WWE Championship hunt by earning a spot in the MITB ladder match.

Murphy is looking to continue his momentum from being a former RAW Tag Team Champion and insert himself in the biggest match of his young WWE career.

Aleister Black and Austin Theory will go one-on-one tonight to earn a spot in the MITB ladder match. Black is coming off a massive winning streak while Austin Theory is looking to continue gaining momentum for his newest faction alongside Andrade, Angel Garza and Zelina Vega. Can Theory pull off the ultimate upset?

And finally, Apollo Crews will take on MVP for a spot in the ladder match. Apollo is a new face on Monday Night RAW and he can cement his spot on the roster with a victory tonight. But he’ll have to overcome the wily veteran to do it.

WWE Champion Drew McIntyre took out Andrade in a champion vs champion match last week, but the final frame of RAW was Seth Rollins taking out the champ with a Stomp. Rollins has made his intentions clear, and is looking to take the title off of Drew sooner rather than later.

Money in the Bank is around the corner, and McIntyre’s response could be a title shot at the “Monday Night Messiah.”

Here’s everything that happened on the April 20 episode of Monday Night RAW.

Tax expert Edward McCaffery writes that for many billionaires it's tempting to go on a spending spree so that their estates will minimize the eventual tax they have to pay. In the former New York mayor's case, the huge amount of campaign spending will ultimat…
Read more

Body Found Burning in Pile of Debris on San...

Officers made the gruesome discovery around 4:30 a.m. Sunday while patrolling the South of Market area.
Read more

Graham says he doesn’t worry about getting slammed by...

Judge: Eric Trump must testify in NY probe before...

Maluma on being only Spanish singer in Global Citizen...

More than 70 artists and entertainers will participate in Saturday's Global Citizen​ special, "One World: Together At Home​​."
Read more

"It is my choice, it is my body and I have every right to choose what I want I want to do, every risk I want to take!" a maskless woman in Utah was captured saying.
Read more

The Fox News host took issue with a number of businesses who have made donations to groups such as Black Lives Matter.
Read more

Kentucky Gov. Andy Beshear (D) said Thursday that the state would lift its ban on travel and small gatherings on May 22, the Friday before Memorial Day, as the state eases into reopening during the coronavirus pandemic....
Read more

Who knows if the president is really taking hydroxychloroquine? But the media is definitely taking the bait.
Read more

The veteran news anchor made the comments while delivering an impassioned speech against what he called the "media mob".
Read more

Poof. A huge chunk of stock market gains under...

The next coronavirus testing debacle

Four things to know about about serological tests.
Read more

Is A Woman President Impossible? What I’ve Learned From...

In the bid for the Democratic presidential nomination in 2020, we saw six women make the case they would be the best-case scenario. Five of them had even won past elections on the road toward their candidacies, often more consistently than their male counterp…
Read more

Philip Walton was rescued today after being captured recently in Niger.
Read more

Watford’s Mariappa confirms he has coronavirus

Watford defender Adrian Mariappa says he is one of three people that tested positive for coronavirus at the club.
Read more

Software called Hide UI, created by Grayshift, a company that makes iPhone-cracking devices for law enforcement, can track a suspect's passcode when it's entered into a phone, according to two people in law enforcement.
Read more

The sole Louisville police officer charged in connection to Breonna Taylor's killing will make his first court appearance Monday afternoon and is expected to plead not guilty.
Read more

As with the Obamacare debate, there is a mismatch between raucous masses and earnest elites The post COVID Politics: Insider Closers vs. Outsider Openers appeared first on The American Conservative.
Read more

A tweet Saturday from CrossFit founder Greg Glassman that appeared to make light of both the death of George Floyd and the novel coronavirus pandemic resulted in a widespread backlash within the CrossFit community. On Sunday, Reebok announced it was ending it…
Read more

Newcastle in talks to sign Coutinho, Magpies takeover in doubt, Arsenal and Tottenham compete for Willian, plus more.
Read more

The chart-topping rapper was filmed lashing out at a woman who was filming him on her phone.
Read more

This news comes after the U.S. announced earlier in the day that it had secured up to 600 million doses of a vaccine created by BioNTech and Pfizer.
Read more

Georgia Senate race heads to runoff between Loeffler and...

A court ruling by a federal judge on Tuesday has expanded mail-in voting amidst fears of the coronavirus to all of the state's voters, but Republican Attorney General Ken Paxton has vowed to appeal the decision.
Read more

California sheriff’s deputies say they didn’t know it was...

Two former Orange County sheriff’s deputies told a California grand jury they did not realize it was against the law to falsify police documents, an offense that led to their firing and conviction amid a widespread department “evidence scandal” that came to l…
Read more

Biden Wants Another Crack at ‘Comprehensive Immigration Reform’ But...

While weary and wary immigration activists count down the days until Biden can erase Trump's administrative orders, they do not see a large-scale legislative overhaul contained within one bill as a workable strategy any longer.
Read more

The 52-year-old set fire to the man's sleeping bag as he slept in Glasgow.
Read more

Parson said he has not experienced any symptoms and that his wife's symptoms are minor.
Read more

After Nia Jax used a familiar move in her return to Raw, former Divas Champion Paige weighed in.

Prior lawyers pulled out of a federal lawsuit in Pennsylvania Friday.
Read more

New York Congresswoman Alexandria Ocasio-Cortez spoke on the House floor about a vulgar remark her colleague Rep. Ted Yoho reportedly made about her earlier this week. CBSN has details.
Read more

Texas councilman and his husband die within days of each other after...