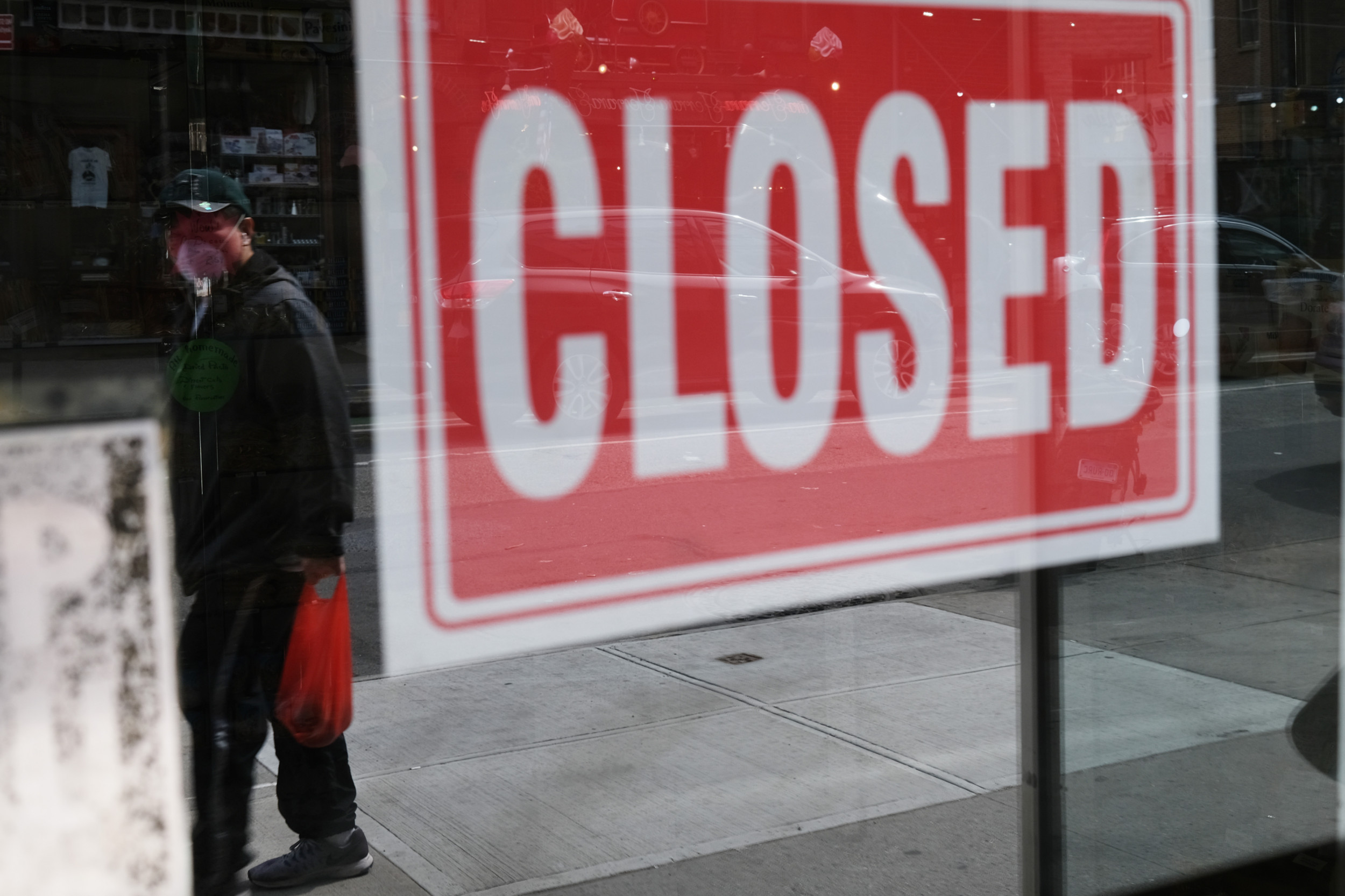 An overwhelming majority of small business owners want to see Congress approve more funding and extend the Paycheck Protection Program in their next piece of coronavirus legislation.

According to a new survey from Goldman Sachs, 78 percent of small business owners say that making more money available should be a top priority for lawmakers when they return to Capitol Hill.

Another 77 percent of those polled said that Congress should extend the Paycheck Protection Program (PPP) past its June 30 deadline. More than half of small business owners said the relief program should be extended for three months.

The PPP, enacted under the historic $2 trillion Coronavirus Aid, Relief and Economic Security Act, offers an eight-week loan to small businesses affected by the coronavirus pandemic. The initial rollout of the program was plagued with problems, including technical mishaps for business owners and banks being unprepared for the tidal wave of applications.

More than 90 percent of the business owners surveyed by Goldman Sachs reported applying for PPP. A majority of those who were approved for the loan77 percentsaid that they were “confident their businesses will survive” the global health crisis.

Business owners were the biggest benefactor of the interim coronavirus bill signed last week. The half-trillion dollar legislation included an additional $321 billion for the PPP program. PPP ran out of its initial influx of $350 billion in just two weeks and it is likely the program will need even more additional funding.

The Consumer Bankers Association, which represents the nation’s largest retail banks, recently estimated that it will take at least $1 trillion to meet the demands of small businesses.

But it may be a while before lawmakers approve another coronavirus relief package. Congress is in recess until May 4 and Senate Majority Leader Mitch McConnell has already pumped the brakes on the fourth stimulus deal.

Businesses also don’t appear to be the main topic of debate for what should be included in the next bill. Among the measures Congress is expected to fight over is funding for state and local governments, additional cash payments to American workers, aid for the U.S. Postal Service and new infrastructure funding.

Centrist poll: ‘Medicare for All’ underwater in key battleground...

A new poll from a centrist Democratic think tank of three battleground states shows "Medicare for All" is far less popular than a plan to build off the Affordable Care Act.The polling from Third...
Read more

Walmart Inc is selling its Indian wholesale business to Flipkart, the e-commerce startup it controls, consolidating its operations in a bid to fend off competition from JioMart and Amazon.
Read more

Any day is a good day for chili – if you’re Walt Disney, that is.
Read more

Atlanta Mayor Keisha Lance Bottoms (D) is set to sign an order Wednesday mandating the use of masks or face coverings in the city amid the ongoing coronavirus pandemic, breaking with Georgia Gov. Brian Kemp (R), whose adm...
Read more

A baseball season that was on the brink before it ever began because of the virus outbreak is set to start Thursday night.
Read more

The Federal Reserve adjusted its inflation target to seek price increases above 2% annually, a move that will likely keep interest rates low for years to come
Read more

Asian shares are mostly higher as investors pin hopes on news that an experimental COVID-19 vaccine under development by Moderna and the U.S. National Institutes of Health revved up people’s immune systems just as desired
Read more

Fierce storm surge feared as Laura bears down on...

Tropical Storm Laura has entered the warm waters of the Gulf of Mexico, gathering strength on a path to hit the U.S. coastline early Thursday as a major hurricane, capable of “devastating” damage
Read more

Facebook has blocked in Thailand a group with more than a million members that engages in open discussion about the Thai monarchy, an institution that is staunchly protected from criticism by strict laws
Read more

Even with a healthy dose of skepticism, a new book on the towering Frankish king finds he was indeed 'great' in every sense. The post Remembering Charlemagne as Europe Disintegrates appeared first on The American Conservative.
Read more

The civil rights icon is being honored in his hometown of Troy, Alabama on Saturday.
Read more

Neighbors with hoses target fires as crews urge them...

Former White House contender Julián Castro announced Friday he is joining Voto Latino as a senior advisor, one of the nation's top Hispanic political organizations, in his first major role since he dropped out of the pres...
Read more

Michigan secretary of state responds to Trump: ‘We sent...

Michigan Secretary of State Jocelyn Benson responded to President Trump after he threatened to withhold federal funding to the state over officials mailing out applications for absentee ballots.President Trump twee...
Read more

Most in poll say they’re willing to wait for...

More than six in 10 voters say a coronavirus vaccine should be fully tested, even if doing so delays its release and potentially allows the virus to spread further, according to a new po...
Read more

A police reform bill was passed in Washington, D.C., in the wake of recent protests that resulted from the police-involved death of George Floyd.
Read more

This weekend's Community Shield will kick off "one of the most intense seasons" for Premier League champions Liverpool, says manager Jurgen Klopp.
Read more

Former NFL running back Darren McFadden was involved in a dramatic standoff with police when he was arrested in Texas in January 2019, a newly released video showed.
Read more

The LNU, SCU, CZU August Lightning Complexes are made up of several fires burning thousands of acres.
Read more

One-time Hurricane Sally not through with Florida or Alabama...

Facebook and Twitter are flawed, yes. But messing with them as legislators propose would chill speech rather than balancing it. The post Don’t Let Big Brother Dismantle Social Media appeared first on The American Conservative.
Read more

IN THE WHITE HOUSE To eloquently misquote Ke$ha... TikTok is on the clock, and the party may stop, oh:...
Read more

German flagship airline Lufthansa has agreed to a compromise worked out between the government and European Union, overcoming a major hurdle toward final approval of a 9 billion-euro ($10 billion) bailout from Berlin
Read more

C.T. Vivian to lie in state at Georgia Capitol...

A horse-drawn carriage will take the Rev. C
Read more