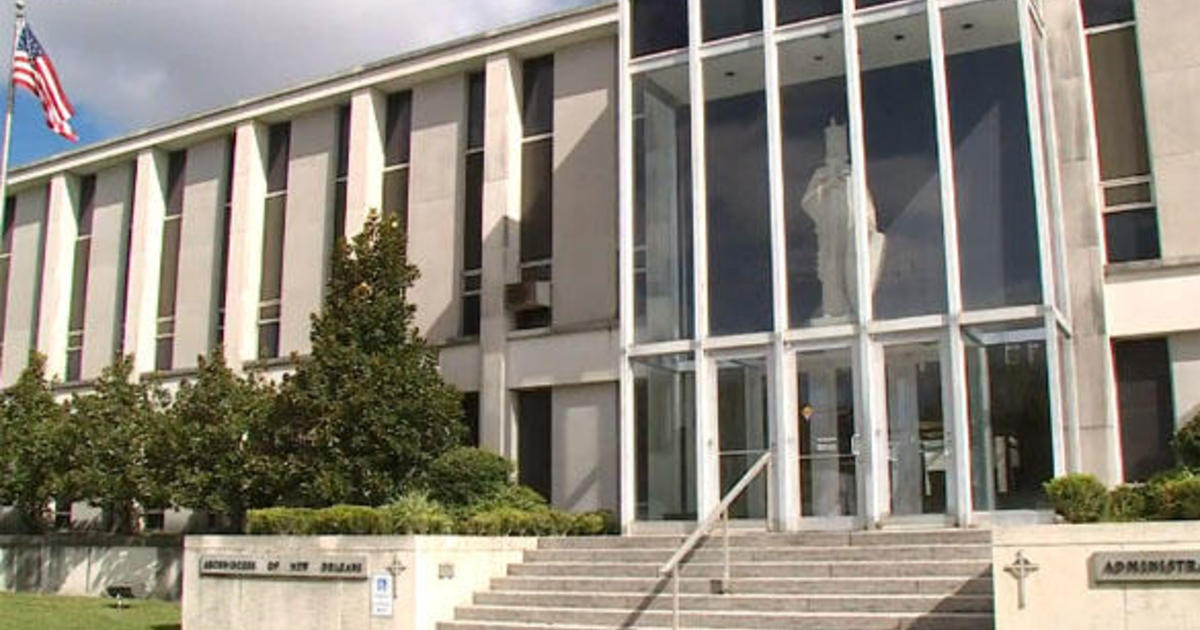 The Archdiocese of New Orleans is getting set to file for bankruptcy, reports The Times-Picayune/New Orleans Advocate, a media partner of CBS New Orleans affiliate WWL-TV.

The newspaper says the filing could come as soon as Friday.

Mounting costs from unresolved clergy-abuse lawsuits and the shutdown of church services due to the COVID-19 pandemic led to the Archdiocese’s financial problems, according to the report.

The archdiocese is expected to continue operating in a relatively normal manner. It intends to run masses and schools under “the new normal.”

“This is the initial filing in a very complicated procedure, but what it does short term is, it hits the pause button,” Foret said. “It stops the people, creditors, from collecting any debts that the archdiocese would owe at this point. They don’t have the money to pay now anyway, the archdiocese says, because their cash flow has been stopped and interrupted by the coronavirus.”

Any pending litigation against the Archdiocese by any alleged victims of sexual abuse will be stayed for the time being. A bankruptcy judge will decide whether those cases can move forward.

The Times-Picayune/New Orleans pointed out that, “Archbishop Gregory Aymond and other church leaders may eventually be forced into some of the same kinds of bitter choices that followed Hurricane Katrina, when a reorganization plan closed dozens of churches and merged parishes across the metro New Orleans area.”

Omar says some protestors ‘felt terrorized by the presence...

Rep. Ilhan Omar (D-Minn.) said on Sunday that some protestors demonstrating the police-involved death of George Floyd "felt terrorized by the presence of tanks" and National Guard troops in Minneapolis....
Read more

Donald Trump is the anti-law-and-order President, despite his claims to the contrary. Trump touts law and order when it suits him, but attacks the courts and erodes our judicial system when it comes to his agenda and actions, writes Julian Zelizer.
Read more

Stimulating the US economy with more than money

Regulation innovation would not only support economic growth from the tech sector, but it would also make new federal regulations smarter and more streamlined right from the beginning, something that will benefit the entire economy for decades. It’s time for …
Read more

A man in his 40s died from a stab wound to the chest in a brawl in Didcot on Thursday.
Read more

Tropical Cyclone Amphan made landfall in India after setting a record for the most intense cyclone to form in the Bay of Bengal.
Read more

"The usage growth from COVID-19 is unprecedented across the industry, and we are experiencing new records in usage almost every day," the Facebook blog post said.
Read more

The Federal Reserve on Thursday released long-awaited details regarding its Main Street business lending program and several other initiatives it is undertaking to backstop the reeling U.S. economy.
Read more

Chad Wolf, the acting Homeland Security secretary, joins "CBS This Morning" to discuss President Trump's executive order on police reform. He said he does not believe there is systemic racism in the country's law enforcement communities.
Read more

How to watch HBO for free: stream The Sopranos,...

Stream some of the best TV shows and movies of all-time without paying a penny - here's how to watch HBO for free no matter where you are.
Read more

One of the Louisville police officers who was involved in the killing of Breonna Taylor in March has been fired, Mayor Greg Fischer (D) announced Friday.Fischer said that Louisville Metro Police Chief Rob Schroeder...
Read more