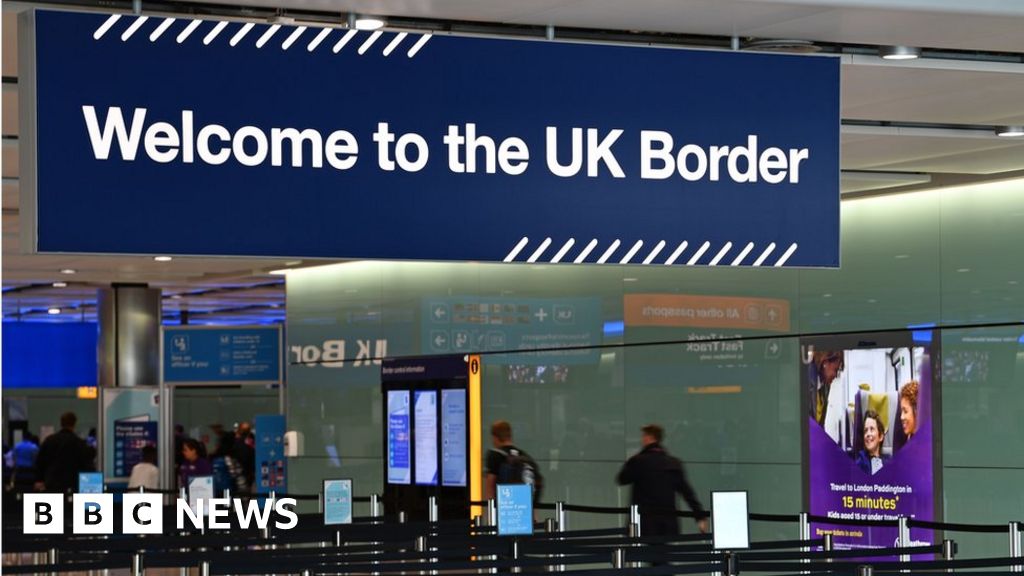 Airlines have reacted angrily to government suggestions that the UK could implement a 14-day quarantine for anyone arriving in the country.

Transport secretary Grant Shapps said he was “actively looking at these issues so that when we have infection rates within the country under control we’re not importing”.

But Airlines UK said such a measure “would effectively kill air travel”.

It warned that the UK risked shutting itself from the rest of the world.

Mr Shapps told the Andrew Marr Programme that as the coronavirus infection rate in the UK decreases, it was important “that we do ensure that the sacrifices…that we’re asking the British people to make are matched by anyone who comes to this country”.

However, Airlines UK, which represents the likes of British Airways, Easyjet, Virgin Atlantic and Ryanair, said a quarantine would “completely shut off the UK from the rest of the world when other countries are opening up their economies”.

Its chief executive, Tim Alderslade, said: “The danger is it would be a blunt tool measure when what the UK should be doing is leading internationally with health and aviation authorities on common standards, including health screening, which will enable our sector to restart and give people assurances that it’s safe to travel.”

Air travel has ground to a halt because of the global coronavirus pandemic, prompting steep jobs cuts by the industry.

BA said it would cut 12,000 of its workforce and warned that it may not reopen at Gatwick once the pandemic passes.

The student began to vomit and is believed to have lost consciousness "on more than one occasion" after the incident, according to police.
Read more

Gadgets for tech giants made with coerced Uighur labor

A decade ago, Beijing bureaucrats pondered how to assimilate the mostly Muslim minorities in China’s far west, saying their religion and culture were “incompatible with the requirements of modern industrial production.”
Read more

WWE is saddened to learn of the passing of Shad Gaspard.

Flyovers are also in the works for July 4 in Washington.
Read more

The attorney for George Floyd's family said Thursday the "pandemic of racism and discrimination" killed the Minneapolis man, who died in police custody last week. "I just want to put it on the re...
Read more

Almost All of the Wolves on One Alaskan Island...

The wolves on Prince of Wales Island is the fourth largest group in the United States.
Read more

Off-duty officer in Trump hat placed on leave for...

An off-duty police officer in Missouri has been removed from his official duties and placed on administrative duty pending an investigation after he was seen in a viral video threatening a man following a car a...
Read more

Essential workers who have no other commuting options are the new target.
Read more

Hawaii Gov. David Ige extended the state’s mandatory 14-day quarantine for all arriving travelers on Wednesday in a bid to keep coronavirus cases in the islands low
Read more

The upcoming Xiaomi Mi CC10 is rumoured to bring a telephoto camera that can zoom as far as 120x.
Read more

Could Uber buy one of its biggest competitors?

The ride-sharing company, No. 2 in food delivery with Uber Eats, reportedly wants to gobble up a major rival.
Read more

He said Tuesday the state has now confirmed 137 cases of a mystery illness in children connected to COVID-19.
Read more

A flight from Pensacola, Florida to Miami was forced to land after a woman allegedly faked a medical emergency mid-flight in an attempt to get a bigger seat.
Read more

For LGBTQ youth, home might not be a safe place to self-isolate