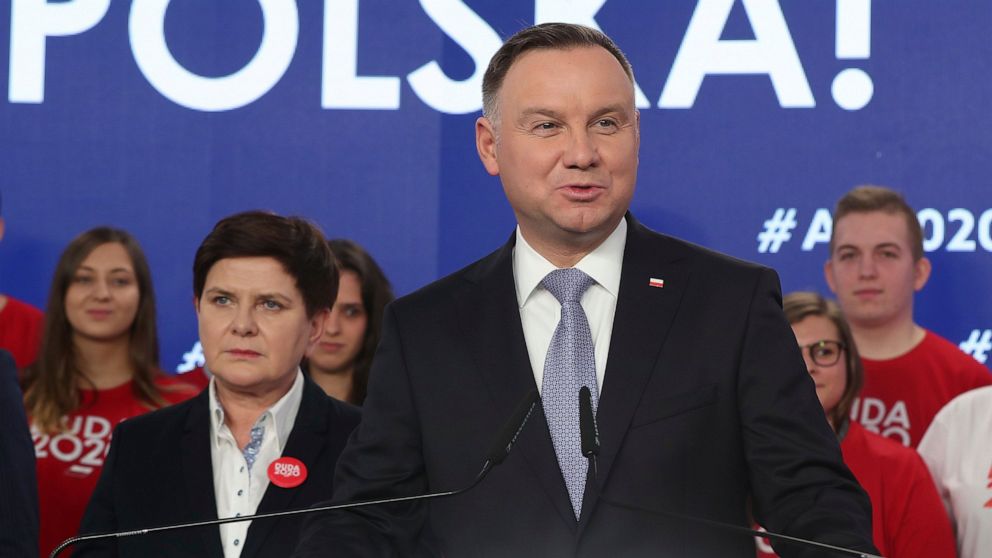 The Polish official in charge of organizing the country’s presidential election said Monday he does not believe it can take place on Sunday as planned because the legislation to authorize an all-postal vote has not been approved yet.

While an official announcement has not been made, Deputy Prime Minister Jacek Sasin said Monday that the government is considering moving the vote to May 17 or May 23 instead. Prime Minister Mateusz Morawiecki made that suggestion also last week.

The right-wing government wants the vote to be by mail only because of the coronavirus pandemic. But the urgent legislation allowing for such a vote is being processed by the Senate, which is to vote on it Wednesday. The lower house will then need to take a final vote on the bill.

The Senate is controlled by the opposition, which wants the election to be delayed instead.

Even if the law is passed, the schedule leaves too little time for the 30 million ballots to be delivered to every eligible voter’s mail box by Sunday, Sasin said.

May 10 is a difficult date to meet, he said on Radio Zet. If the law takes effect May 7, it will not be possible to get the voting procedure ready.

The final vote on the legislation, expected Thursday, carries a major challenge to the government. Some lawmakers in the ruling party also want the election postponed, and if they vote against the postal ballot, the government could lose its slim parliamentary majority.

If the bill on postal voting is rejected then we may have a political crisis, Health Minister Lukasz Szumowski said on state Radio 3.

Fox News to host ‘America Together: Returning to Work’...

Fox News announced Wednesday it will host a virtual town hall with President Trump on Sunday night focusing on COVID-19 and the reopening of the U.S. economy.The program, "America Together: Returning to Work," will...
Read more

Microsoft has released a glossary to explain some of the Xbox Series X's technology.
Read more

A top State Department official is resigning from her post over President Donald Trump's response to the surge of protests against racial injustice and police brutality across the nation, the Washington Post reported Thursday.
Read more

Edinburgh-based Michael Youds is one of three artists in the running for the 2020 BP Portrait Award.
Read more

Eager to hit the slot machines and table games after a 108-day absence, gamblers endured wearing face masks and did without smoking and drinking Thursday as five of Atlantic City’s nine  casinos reopened amid the coronavirus pandemic
Read more

"We are actively trying to transfer out ICU and surge patients...just because we don't have the capacity to treat those patients," a hospital official said
Read more

Bournemouth goalkeeper Aaron Ramsdale's positive coroanvirus test has changed the mindset of staff at the club, according to manager Eddie Howe.
Read more

Halfway through the extended effort to count every U.S. resident, civil rights leaders worry that minority communities are falling behind in responding to the 2020 census
Read more

These Are the Women Joe Biden Has Been Interviewing...

The presumptive Democratic nominee has begun interviews with several women to be his running mate.
Read more

Eilish McColgan is aiming to become the first Scottish track and field athlete to compete in four Olympics.
Read more

The main super PAC supporting Joe Biden's presidential bid is launching a $10 million effort to boost the former vice president ahead of the Democratic National Convention in August.Unite the Country, the outside g...
Read more

After ‘The Last Dance’, Which NBA Teams Should Get...

"The Last Dance" received almost universal praise, but which other great NBA teams would make for a must-see documentary?
Read more