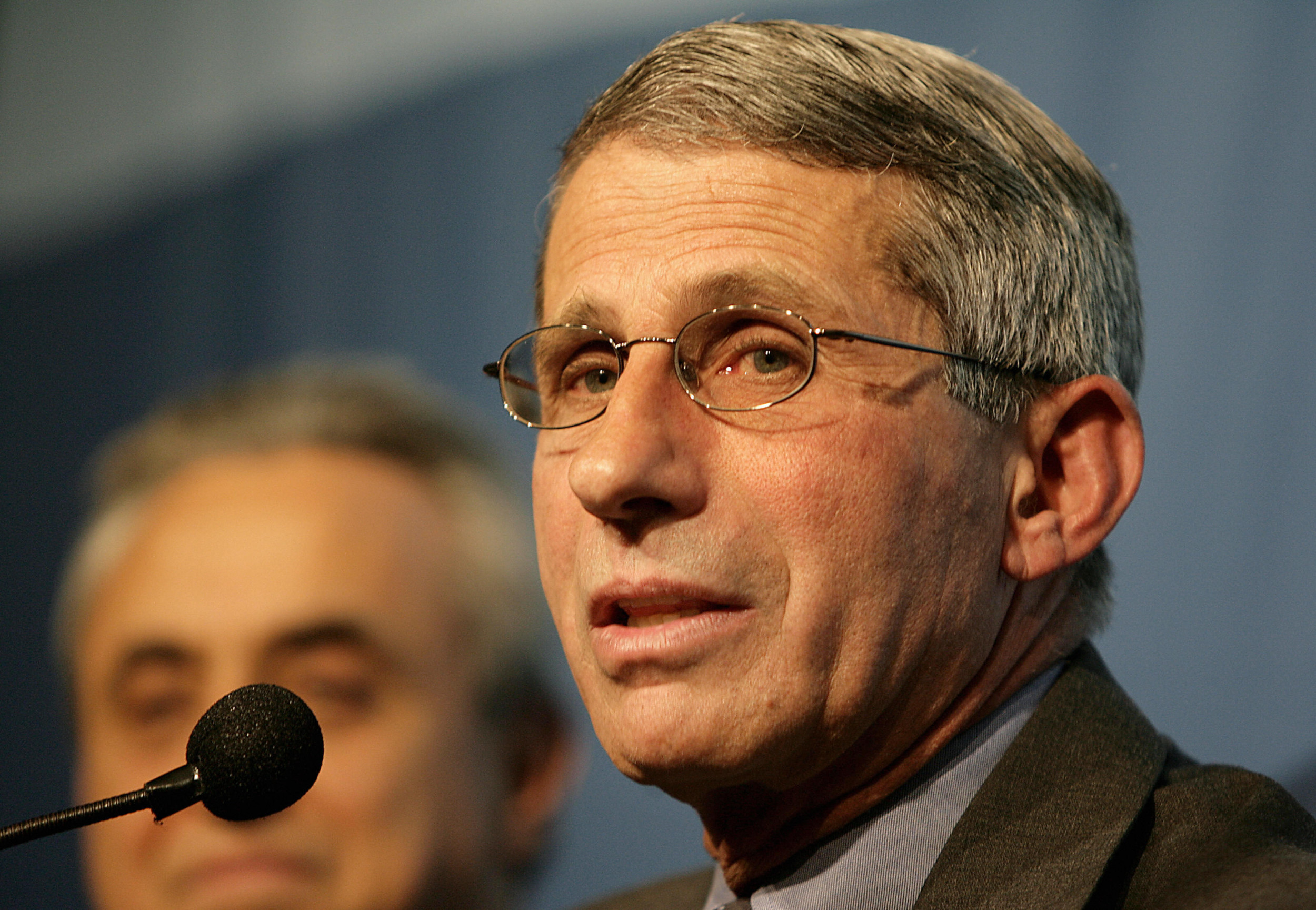 Dr. Anthony Fauci, the scientific face of America’s pandemic pandemic response, dismissed the theory that coronavirus originated in a lab in Wuhan, contradicting the president and his Secretary of State in an escalating confrontation with China.

“The best evidence shows the virus behind the pandemic was not made in a lab in China,” Dr. Anthony Fauci said in an exclusive interview with National Geographic published on Monday. “Everything about the stepwise evolution over time strongly indicates that [this virus] evolved in nature and then jumped species.”

He added that he doesn’t believe the alternate theory that someone discovered coronavirus in the wild, brought it to a lab and then it accidentally unleashed it on the public.

U.S. intelligence has concluded that the COVID-19 virus was neither man-made nor genetically modified, though officials are investigating whether it could have been released from the WIV.

Fauci, the director of the National Institute of Allergy and Infectious Diseases (NIAID) and a prominent member of President Donald Trump’s coronavirus task force, joins task force response coordinator Dr. Deborah Birx in their doubt of Trump and Pompeo’s claim.

In a Sunday appearance on CBS News’ Face the Nation, Dr. Birx said the evidence is lacking to prove that the coronavirus epidemic began from an accident in the Wuhan laboratory.

This is a developing story and will be updated as more information becomes available.

This Life-size Gundam Robot Built in Yokohoma, Japan is Terrifying

South Carolina Sen. Tim Scott, the Republican appointed to lead a group of GOP senators on police reform legislation, said Sunday that he thinks lawmakers will find a path forward for bipartisan legislation on the i...
Read more

The One Vital Message Democrats Need to Win

If they neglect the working class, they’re bound to lose. But that doesn’t mean they should ignore identity. Here’s how to talk about both.
Read more

Neuroscience Could Be the Key to Getting People to...

In a study, people responded to messages that resonated with them personally—up to a certain extent. The results could help shape responses to future pandemics.
Read more

iOS 14's code just suggested we'll be seeing an iPhone 9 and new iPad Pro in the near future.
Read more

South Korea has reported 30 additional case of the coronavirus, most of them associated with international arrivals
Read more

Russia's southern republic of Dagestan provided President Vladimir Putin with his first real test as a national leader in 1999, when militants in Chechnya crossed the border and launched a war that forged his image as a man of action.
Read more

Small business owners still have time to save on...

With a little over 1 month to go in 2019, small business owners should think about purchases or investments that make good business sense and will give them a break on taxes
Read more

Millions head to shelters as cyclone bears down on...

A strong cyclone blew heavy rains and strong winds into coastal India and Bangladesh on Wednesday after more than 2.6 million people were moved to shelters.
Read more

The series finale finally revealed who shot Ghost⁠—but at least six other fake endings were filmed to keep the killer a secret even from the cast.
Read more

Serena Williams out of US Open; Azarenka will play...

The American lost to Victoria Azarenka of Belarus, falling short in her latest bid for a 24th Grand Slam singles title
Read more

The legislation would tee up a spending standoff during a lame-duck session of Congress.
Read more

First ministers of Scotland, Wales and Northern Ireland call for a task force to help the industry.
Read more

The lack of a stock market panic or any hint of inflation makes now an odd time for gold prices to soar.
Read more

The coronavirus shutdown, the MLS is Back tournament in a bubble and team injuries have contributed to a hard season for Minnesota United coach Adrian Heath.
Read more

Cuomo's latest briefing comes as protests against police brutality and the death of George Floyd stretch into a second weekend.
Read more