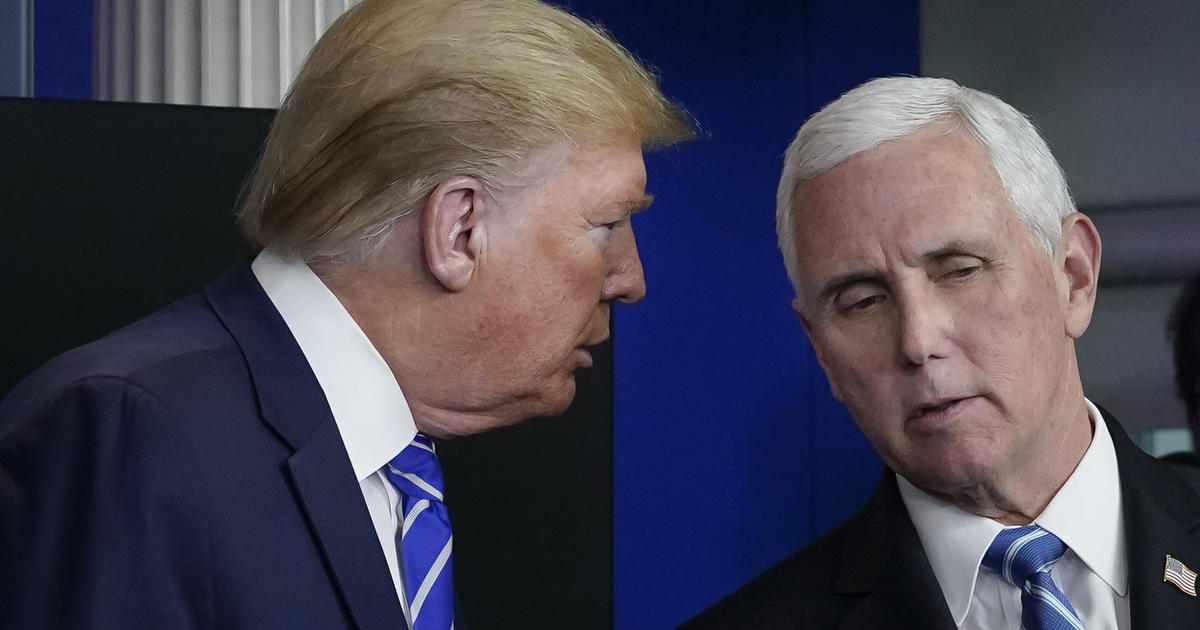 Discussions are underway about winding down the work of the Coronavirus Task Force, Vice President Mike Pence acknowledged to reporters Tuesday, even as the number of deaths and new cases continue to mount, generally plateauing but not declining, as states begin to reopen. The administration’s work on testing and bolstering the national stockpile will continue, Pence said, with some of that work being moved back to agencies.

Pence, who leads the task force and was answering questions about a New York Times report about the likely disbanding of the task force, said in the off-camera briefing that “conversations are being had about winding down the work for the task force,” and the White House is looking at a possible Memorial Day “window.”

“I think we’re having conversations about that and about what the proper time is for the task force to complete its work and for the ongoing efforts to take place on an agency-by-agency level,” the vice president told reporters. “And we’ve already begun to talk about a transition plan with FEMA. But it’s — it really is all a reflection of the tremendous progress we’ve made as a country. The president stood up the White House Coronavirus Task Force to marshal — in January — to marshal a national response.”

The news comes as the U.S. reaches a grim milestone of 70,000 deaths, more than what the White House had projected through August using one model just weeks ago.

But the vice president’s announcement apparently had not reached Dr. Anthony Fauci, the infectious diseases expert who has become one of the most prominent figures on the task force. Fauci told CBS News only moments before Pence spoke that he had just been at a task force meeting and no one had said anything to him about disbanding the task force.

“That’s not true, I’ve been in every task force meeting, and that’s not what they are doing,” Fauci said earlier Tuesday.

Later in the day, at an event in Phoenix, President Trump was asked by reporters if it’s a good idea to disband the task force in the middle of a pandemic. He suggested that it’s time to move on to other phases.

“I think we’re looking at phase two and we’re looking at other phases … the task force has done a phenomenal job,” he said, before touting the administration’s work on ventilators and testing. But he was quick to add that he’s not declaring a “mission accomplished.”

In an interview with ABC News, Mr. Trump said that the models projecting the numbers of lives that would be lost to COVID-19 have been wrong since the beginning, and he said it’s “probably going to be somewhat higher” than 70,000. “You’re talking about filling Yankee Stadium with death,” he said.

The president told ABC News’ David Muir “it’s possible” more lives will be lost to re-opening the country, in part because not everyone will observe social distancing, but “we have to bring it back.” For those who wish to be tested before they return to work, the president said “they should have no problem.” However, he also said he’s not “convinced” a vaccine will be available by the end of the year.

It’s unclear whether another type of task force will replace this one. President Trump has slowed his daily Coronavirus Task Force briefings, a shift which occurred soon after he floated the possibility of investigating injecting coronavirus patients with disinfectant to cure the virus.

The president, according to the reporters’ meeting with Pence, wants 100 million doses of a coronavirus vaccine by fall, a much quicker timeline than most experts think is possible, and 300 million by January. Health and Human Services Secretary Alex Azar said that would be “unprecedented and historic,” but also “realistic.”

Arden Farhi contributed to this report.

Welsh ministers were criticised for saying there was "no value" in testing all residents and staff.
Read more

NYPD says over 200 members have tested positive for...

One week after announcing that Twitter employees can work from home forever, Jack Dorsey is extending the privilege to his other company: Square, the mobile payments service.
Read more

D.C.-area forecast: Still cloudy and cool, but not much...

What initially threatened to be a rainy week has thus far been mostly dry. We should stay the course today and tomorrow, before a better chance of showers on Friday.
Read more

Tax expert Edward McCaffery writes that for many billionaires it's tempting to go on a spending spree so that their estates will minimize the eventual tax they have to pay. In the former New York mayor's case, the huge amount of campaign spending will ultimat…
Read more

States begin to get back to business

As all 50 states begin some level of reopening, some wonder if the actions will lead to another spike in COVID-19 cases. Manuel Bojorquez reports from Florida.
Read more

Brazil will now only report numbers for the past 24 hours, no longer giving the cumulative data.
Read more

USGA transfers US media rights from Fox back to...

The USGA is leaving the Fox for the Peacock
Read more

Thousands of USCIS employees could be furloughed without more...

USCIS, the fee-funded agency that oversees the nation's legal immigration system, is facing a financial crisis during the coronavirus pandemic.
Read more

The condition has features of Kawasaki disease, a rare but serious illness first connected to coronavirus in the U.K.
Read more

Prime Minister Boris Johnson says it is "absurd and wrong" that statues must be covered to be protected.
Read more

Coronavirus Lingered in the Stool Samples of Covid-19 Patients...