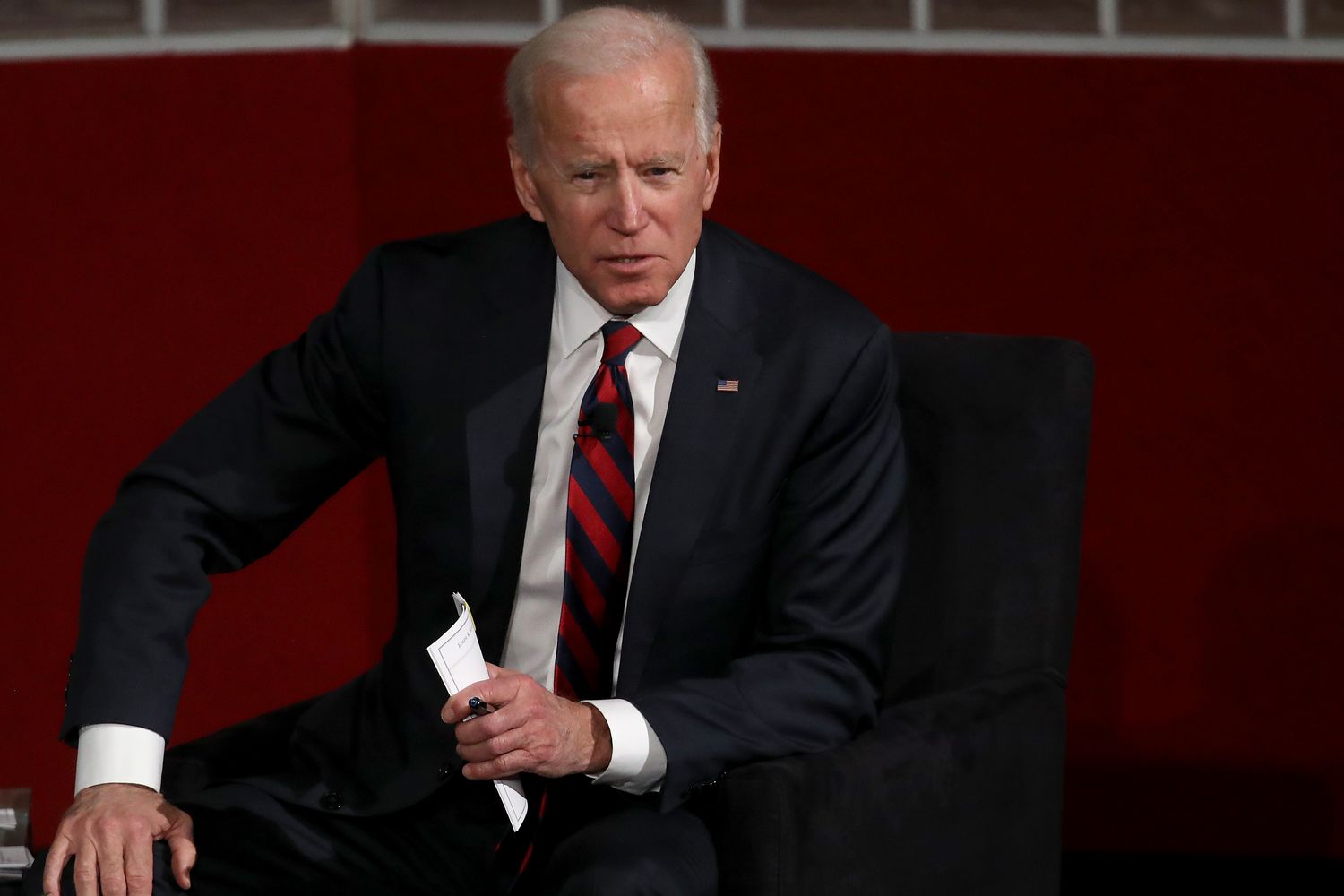 The final rule unveiled by DeVos boosts the rights of those accused of sexual misconduct, and the administration says it will improve due process on college campuses and in elementary and high schools. DeVos earlier scrapped Obama administration guidance pushing schools to resolve an epidemic of complaints of sexual assault and harassment.

Biden has been accused of sexual assault by Tara Reade, a former staffer in his Senate office. Reade claims that Biden, then a U.S. senator from Delaware, assaulted her in a Senate hallway in 1993. Reade also has said she filed a complaint then with Capitol personnel.

Biden last week made his first public statement denying the allegations, and said he was not aware of any complaint filed against him. He also called for a records search for Reade’s complaint, and said it should be released if it exists.

More than 20 women have publicly accused President Donald Trump of sexual misconduct over several decades. Last year, journalist E. Jean Carroll accused Trump of raping her in the 1990s inside a dressing room at a department store. He has denied all the allegations made against him.

In his statement on the DeVos rule, Biden touted his moves to combat sexual assault on college campuses during the Obama administration, including the guidance issued to respond to misconduct on campus and the launch of the It’s On Us campaign.

Working with survivors and advocates, we helped to bring this violence out of the shadows and required schools change their practices, Biden said. Now, Trump’s Education Department led by Betsy DeVos is trying to shame and silence survivors, and take away parents’ peace of mind.

It’s wrong, he continued. And, it will be put to a quick end in January 2021, because as President, I’ll be right where I always have been throughout my career on the side of survivors, who deserve to have their voices heard, their claims taken seriously and investigated, and their rights upheld.

The Presidential Race Florida Is Really Talking About

In the South’s biggest battleground, it’s already 2024, and the backstabbing and money-grabbing have already begun.
Read more

In a story May 26, 2020, about what’s arriving on TV, streaming services and music platforms this week, The Associated Press erroneously reported that the #OUTLOUD Raising Voices concert event airs on Wednesdays and Thursdays
Read more

The NFL is amending the Rooney Rule to require more interviews of minority candidates for head coaching and coordinator positions.
Read more

Louisiana governor says shelter in place order ‘may be...

A "shelter in place" order "may be necessary" for some Louisiana localities to stem the spread of coronavirus, Gov. John Bel Edwards (D) said on Wednesday.Asked during a press conference whether "shelter in place"...
Read more

Mozilla adds ad-free browsing to its anti-tracking protection in...

Mozilla and Scroll have launched a new initiative that aims to improve users' online experience by removing ads and preventing tracking.
Read more

A 5.5-magnitude earthquake hit near Searles Valley, California on Wednesday, according to the ...
Read more

Shannon Sharpe discusses if Bruce Arians’ offense will be a good or bad fit for Tom Brady. Shannon explains that Arians' offense is about pushing the ball down the field, which could result in turnovers for Brady.
Read more

US adds 4.8 million jobs as unemployment falls to...

U.S. employers added a substantial 4.8 million jobs in June, and the unemployment rate fell to 11.1%, as the job market improved for a second straight month yet remained far short of regaining the colossal losses it suffered this spring
Read more

Saracens sign Ospreys scrum-half Aled Davies for next season, a move which will make him ineligible for Wales selection.
Read more

Founded during the AIDS crisis, God's Love We Deliver is a charity committed to feeding homebound New Yorkers afflicted with disease. Decades later with another pandemic affecting the country, the charity is working nonstop to meet the spike in demand amid th…
Read more

As tensions escalated between police and protestors throughout the nation, some members of law enforcement showed solidarity with demonstrators by kneeling alongside them and participating in marches over the weekend....
Read more

Michael Goodwin: America needs its own ‘Christmas Truce’ to...

In the long annals of war, tales of courage, slaughter and despair dominate, but one event stands out for its example of shared humanity: the spontaneous Christmas Truce of World War I.
Read more

Atlanta Mayor Calls for End to Violence After 8-Year-Old...

Atlanta Mayor Keisha Lance Bottoms addressed the city’s rise in violent crime, including the fatal shooting of an 8-year-old girl over the July Fourth weekend, and urged the public to be part of the solution not part of the problem.
Read more

Could the Samsung Galaxy S30 have six rear cameras?

A Samsung patent details a phone with six tiltable camera sensors, so could this idea be intended for the Galaxy S30?
Read more

Doctor on mission to stop preventable amputations in diabetic...

A FedEx worker surprised a little girl to make her quarantine birthday...