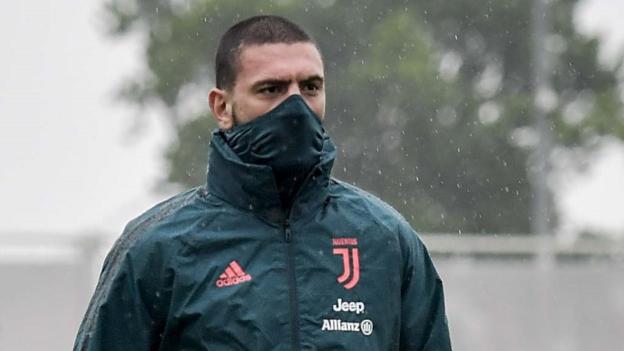 Serie A plans to resume its season on 13 June if Italy’s government approves.

The league’s general assembly met on Wednesday via videoconference and approved the date for resumption “in accordance with government decisions and medical protocols”.

Clubs in the Italian top flight returned to training earlier in May but players can only train individually.

Serie A was suspended on 9 March with 12 full rounds and four outstanding fixtures still to play.

Juventus, chasing their ninth consecutive Serie A title, are top of the league, a point ahead of Lazio.

Teams will be able to train collectively from Monday.

Italy has been one of the countries worst affected by coronavirus, with a number of players having become infected.

Pandemic eases in parts of Europe but worsens in...

A groups of investors is concerned the social network could become a haven for child exploitation.
Read more

President Donald Trump boasted on Wednesday about his cognitive abilities, including the memory he has previously called "one of the great memories of all time."
Read more

How many statues of black people are there?

Five things you need to know about the coronavirus outbreak this Friday evening.
Read more

Poof. A huge chunk of stock market gains under...

Court records say a 19-year-old man accused of spilling mercury at several Houston locations stole the liquid metal from an abandoned business, tried to sell it in small amounts to people for $20 and spilled some as he played with it in his hands
Read more

Raise your glass! This Nigerian company wants to change...

Nigerian company Pedro's is making what it describes as the country's first distilled local gin or "ogogoro."
Read more

The health minister says he has reached out to private firms for help with the coronavirus outbreak.
Read more

Second lady Karen Pence is urging visitors to return to the Great Smoky Mountains National Park in North Carolina and Tennessee as it prepares to reopen its trails this weekend. Pence spoke at th...
Read more

Bryant died in a helicopter crash on Jan. 26, about three weeks before the Hall of Fame said that he was a finalist.
Read more

The letter to the spy agency raises concerns that the board was inappropriately weighted toward the rich and well-connected.
Read more

Here's What Pewdiepie Thinks of Rose and Ed From 'Before The 90...