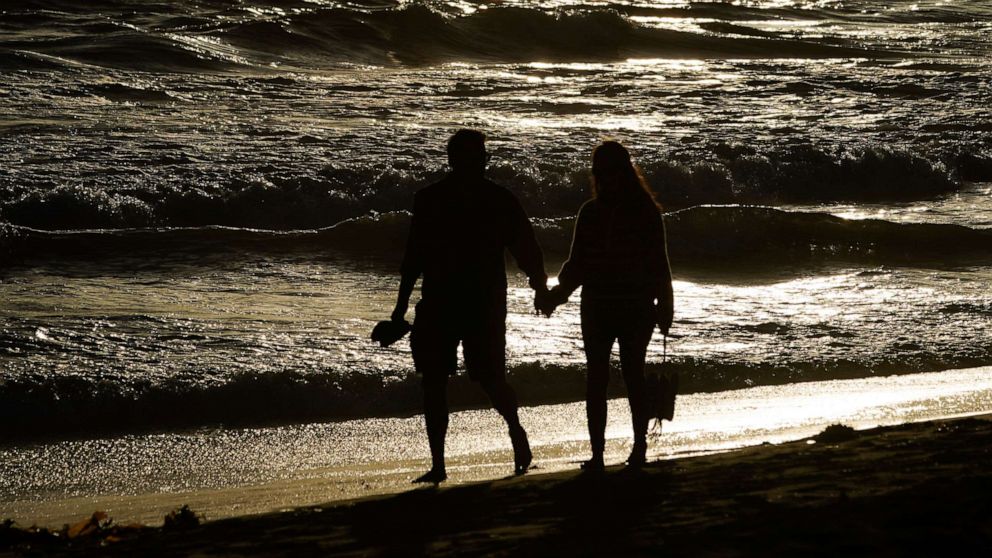 There were two reported tornadoes yesterday in south-central Texas near Austin that produced some damage to homes and even manage to flip several cars.

A new storm system will move into the Plains and parts of the Midwest today and tomorrow with a severe weather threat including damaging winds, large hail and a few tornadoes.

Today, Midland and Abilene in Texas along with Wichita, Oklahoma City and Kansas City should be on alert today for severe weather.

For tomorrow, a severe weather threat will move slightly north and east into Illinois and Indiana including Chicago, St. Louis, Kansas City and Wichita.

Ahead of the storm system tomorrow, it will get almost summer-like for some with highs reaching 70s from Minneapolis to Chicago and Detroit with 80s in St. Louis and Cincinnati.

On Friday, the warm air gets pushed even further east into the I-95 corridor with temps in the 80s from Washington D.C. to New York City and 70s in Boston.

Virgin Australia is slashing about a third of its headcount, offloading some planes and focusing on shorter flights under its new owner, Bain Capital.
Read more

Apple Watch sale at Walmart: deals on the Apple...

Penguin Random House announced on Tuesday that former President Obama's memoir "A Promised Land" had sold more than 1.7 million copies in its first week.According to a press release from Penguin,...
Read more

The first votes of the 2020 election have been cast by North Carolinians who received and returned their absentee ballots last week, kicking off an election season likely to be dominated by voters who cast ballots without ever visiting a polling place.
Read more

Customs and Border Protection (CBP) spent some of the $112 million appropriated to the agency for food and medical care for migrants on ATVs, dirt bikes and boats, according to a Government Accountability Office (GA...
Read more

Intel is falling further behind in the race to build faster and more powerful computer chips, a nagging problem that may force the Silicon Valley pioneer to seek help from other manufacturers as it scrambles to catch up in the technological arms race
Read more

Game of the Week and Prep Zone Schedule

Pope Francis made his endorsement of same-sex civil unions while being interviewed for a feature-length documentary.
Read more

TikTok creators are launching a voter registration campaign on Friday that is geared at reaching potential new voters through viral videos on the short form video app.
Read more

Walmart Free Thanksgiving Dinner: How to Get a Free...

Families can get 100 percent cashback on nine Thanksgiving dinner items at Walmart, from turkey to mashed potatoes.
Read more

Opposition candidates in Ivory Coast's election face charges of terrorism and up to life in prison for denouncing the vote and creating a rival government after President Alassane Ouattara's victory, a public prosecutor said on Friday.
Read more

Koala populations are in decline due to increased human...

Key stressors that negatively impact koalas -- such as bushfires, habitat fragmentation, vehicle collisions and dog attacks -- have been getting worse in the last decade. That has led to population decline and increased disease among koalas.
Read more

CNN's Dr. Sanjay Gupta discusses the potential long-term effects Covid-19 could have on the lungs based on past coronavirus outbreaks.
Read more

Arkansas grandmother accused of seeking to kill ex-son-in-law in...

A 69-year-old Arkansas woman has been arrested in an alleged murder-for-hire plot charging her with trying to hire an FBI undercover agent posing as a hitman to kill her ex-son-in-law.
Read more

EPA looks to other statutes to expand scope of...

The Environmental Protection Agency (EPA) will work to expand the scope of its coming regulation that will limit what types of scientific research the agency can consider by applying it to several more individual st...
Read more

Bollywood superstar Deepika Padukone to be questioned by police...

Deepika Padukone, one of Bollywood's most prominent stars, is set to be questioned in an ongoing probe into Indian celebrities following the suspected suicide of actor Sushant Singh Rajput.
Read more

President Trump said in an interview aired on Fox Business early Thursday that he was criticized by "everybody," including Anthony Fauci, for restricting travel to China to slow the spread of the novel coronavirus....
Read more

US grapples with pandemic as its origins are traced...

The United States is grappling with the worst coronavirus outbreak in the world, as Florida shattered the national record for a state’s largest single-day increase in new confirmed cases with a reported 15,299
Read more

Pelosi commits to running for Speaker if Democrats retain...

Florida Warns of Superspreader Events at Church Choirs and...

Tehran is waiting to see what President-elect Joe Biden does, while Iranian-backed militias in Iraq are continuing attacks against American interests.
Read more

What you need to know today about the virus outbreak