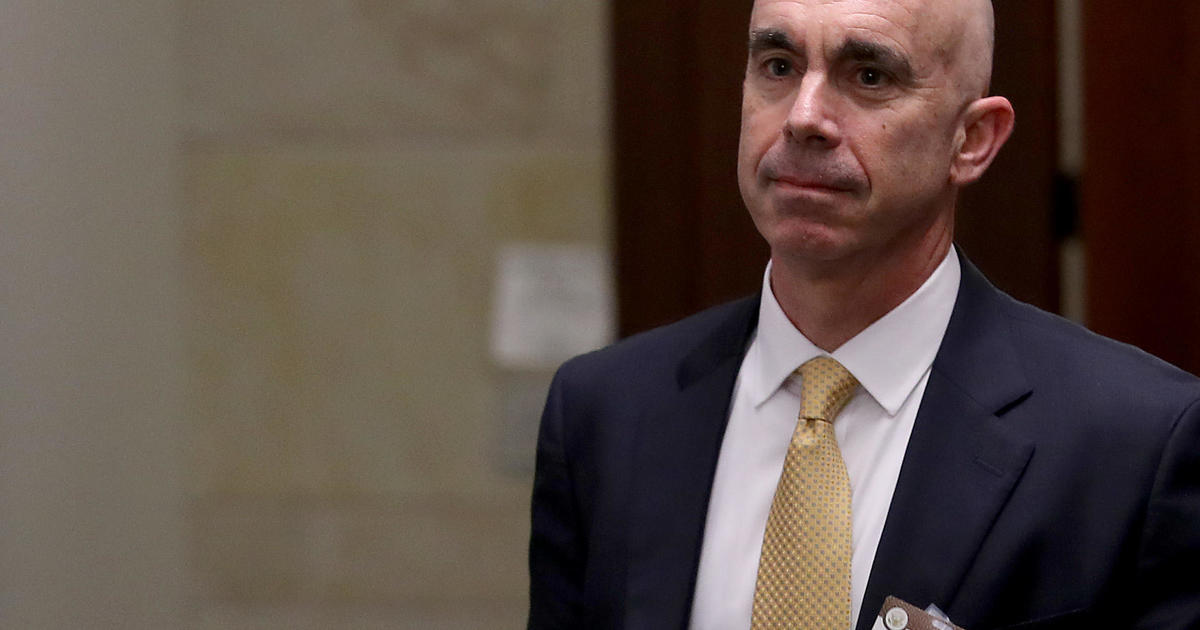 House Speaker Nancy Pelosi criticized Linick’s firing. “The late-night, weekend firing of State Department IG Steve Linick is an acceleration of the President’s dangerous pattern of retaliation against the patriotic public servants charged with conducting oversight on behalf of the American people,” she tweeted.

On April 3, Mr. Trump fired Michael Atkinson, the inspector general for the intelligence community who handled the complaint from a whistleblower that led to impeachment proceedings against the president.

Days later, on April 7, Mr. Trump removed Glenn Fine from his position as acting inspector general of the Pentagon where he would have overseen $2.2 trillion in spending for coronavirus relief.

Ambassador Stephen J. Akard will replace Linick, a State Department spokesperson told CBS News. Akard is the Director of the Office of Foreign Missions, and has also worked as a career foreign service officer with the State Department.

“We look forward to him leading the Office of the Inspector General,” the spokesperson said.

Pret A Manger to cut over a third of...

The sandwich chain will slash 3,000 roles as part of a rescue plan for the business.
Read more

The UFC has announced the full fight lineups for its shows scheduled for May 13 and May 16 in Jacksonville, Florida
Read more

This Chicago Hospital Was Built After 9/11 With an...

By turning an ambulance bay into a forward triage area, the Rush University Medical Center can see an additional 100 patients a day just in the emergency department alone.
Read more

More than 3,000 public health experts have signed a letter in support...
Read more

A team of Polish divers say they found the wreckage of German World War II steamer Karlsruhe, which was bombed by Soviet planes and sunk in 1945, killing hundreds on board. The Baltictech team say the wreckage rests 290 feet under the sea.
Read more

Tulsi Gabbard, the Only Non-White Dem Candidate With Primary...

The Democratic Party was scrutinized for lack of diversity last week after releasing the DNC's lineup, which excluded Gabbard as well as Andrew Yang and Julian Castro.
Read more

France: Mali junta’s timeline ‘out of the question’

France’s defense minister is pressing Mali’s military junta to return the country to civilian rule within months, saying Sunday that the three-year timeline proposed by the coup leaders is “out of the question.”
Read more

Kenzo gets the buzz at bee-themed Paris Fashion Week...

A hybrid Paris Fashion Week features a standout live runway show from Kenzo, but no sign of any A-list celebrities
Read more

With much of the country avoiding daily trips to the market, more and more of us are getting creative in the kitchen and finding new ways to stretch meals — and value.
Read more

Covid: Students with a reasonable excuse can go home,...

Scottish government minister Richard Lochhead says that students whose "mental health has been threatened because of the current situation" can go back to the family home.
Read more

Protests could speed up the spread of coronavirus, public...

Protests and COVID-19: close proximity could increase the risk for coronavirus spread. And African Americans are especially at risk.
Read more

A judge found Michael Cohen's re-arrest to be in retaliation for a book critical of Donald Trump.
Read more

How ‘San Francisco Democrats’ Took Over the Country

Once a punchline, Bay Area liberalism has grown and changed into a national governing force—one that could propel Kamala Harris to the doorstep of the presidency.
Read more

Liverpool boss Jurgen Klopp says the champions have a different approach in the transfer market than rivals "owned by countries and oligarchs".
Read more

It looks like AMD could be working on two new CPUs to take on Intel’s recent Core i9-10900K and Core i7-10700K launches.
Read more

The House on Friday approved a $1.3 trillion package of spending bills for the 2021 fiscal year.The package, passed in a largely party-line 217-197 vote, included the Defense spending bill, as well as Labor-Health...
Read more

FEMA, which is overseeing the supplementary payments, had previously promised only three weeks of jobless benefits.
Read more

Huawei says its sales growth is sputtering after Washington tightened restrictions against the Chinese tech company and further cut off its access to key technology.
Read more

The country struggles to halt a steep rise amid another record high in daily coronavirus infections.
Read more

Pte Harry Cole wrote the letter to his mother just before he was killed but it never left France.
Read more

#RIPJKRowling trends as critics take issue with novel's serial killer character, a cisgendered man who dresses as a woman to stalk his victims.
Read more

Recalls on All Clean Hand Sanitizer and Mystic Shield Protection are due to the presence of methanol, or wood alcohol.
Read more

6-Year-Old Hit By Bullet While Asleep in Bed

The bullet traveled through the wall of the girl's bedroom, through her headboard and a pillow before striking her in the foot, causing minor injuries.
Read more

Why I’m sending my son to summer camp

Parents are facing impossible decisions amid the Covid-19 pandemic. Rebecca Bodenheimer says that despite fears of judgment or disapproval, she has carefully weighed her son's risk (and the risks posed to others) and is sending him to summer camp -- for his o…
Read more

The White House and a key group of Senate GOP negotiators struck a deal on Wednesday for new coronavirus testing funds.The forthcoming proposal, text of which is expected to be released Thursday, will provide $16 b...
Read more

Migrant crossings: What happens to migrants who reach the...

The government wants to cut the number of migrants crossing the Channel.
Read more

Schools—but not public health officials—across the US are making it a rule: Every student needs to have 44 sq. ft. of space. I tried to find out why.
Read more

Cohen went back to prison because he was “defiant”,...

"Petitioner was remanded to FCI Otisville because of his defiant behavior during his meeting at the Probation Office on July 9, 2020," the government said.
Read more