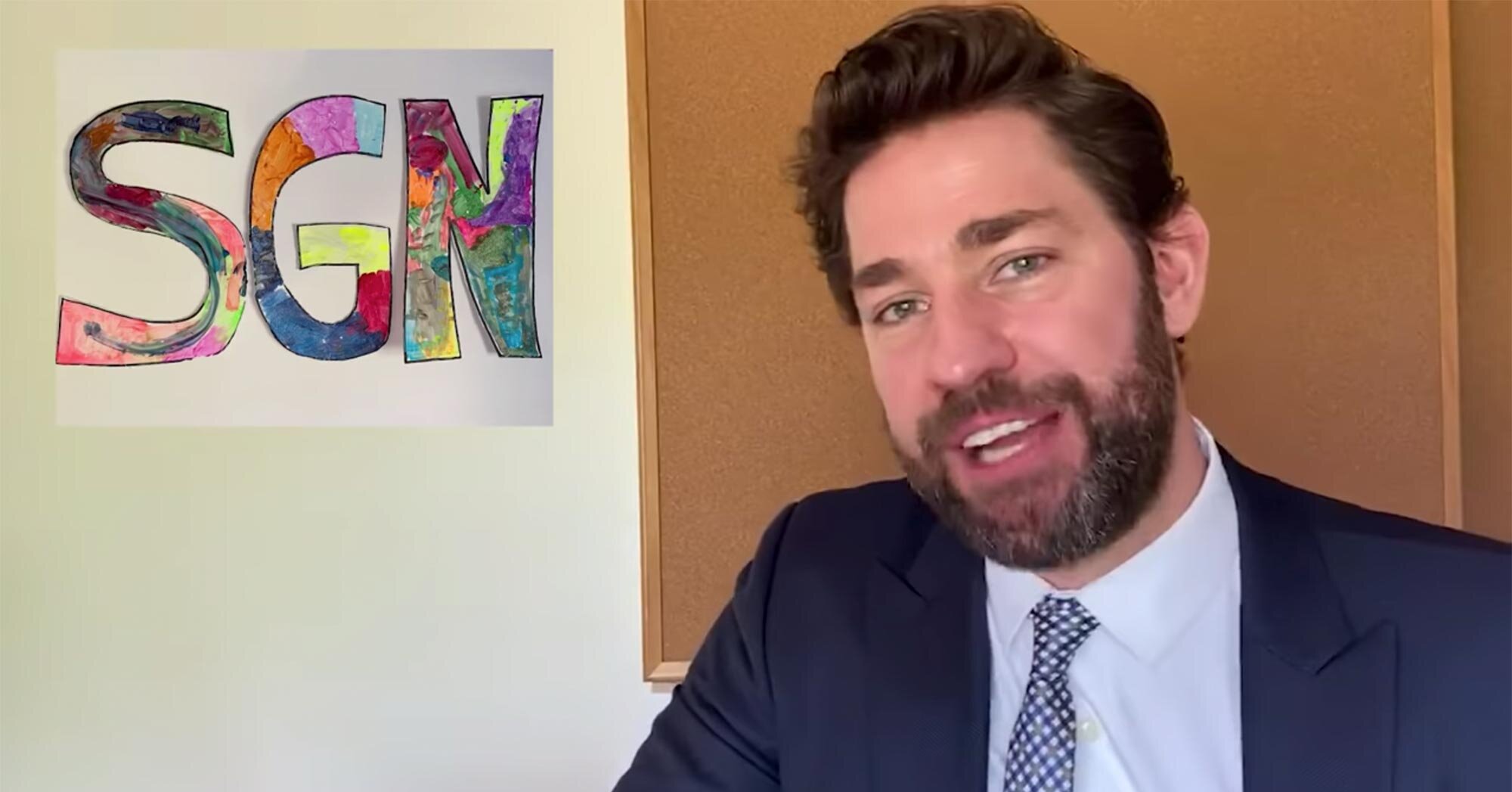 Nothing like a tear or two to kick off your Monday morning.

Over the past eight weeks, John Krasinski has made it his mission to share only the most uplifting news with the world via his from-home, feel-good web series, Some Good News. On Sunday night, The Office star and A Quiet Place director rounded out the series with a final (for now, at least) installment, in which he — of course — shared some more new good news from around the globe and looked back at some of the many highlights from the show’s run.

“Saved the best for last!” wrote Krasinski in his tweet sharing the final installment. “Episode 8 of @somegoodnews has to be my favorite because it celebrates the truth of what this show has always been. Never mine, always yours! There IS and ALWAYS WILL BE…good in the world! Thank you all! So long but not farewell!”

The final episode also included some moments that never made it into the show on first pass — including a lot of celebrities checking with Krasinski that their connection was working correctly. Over the past couple of months, the series has surprised a Hamilton super fan with an impromptu (virtual) performance from the Broadway show’s original cast, married a couple of Office aficionados and celebrated the nuptials with a dance-along from the show’s stars, and celebrated a bunch of 2020 grads, giving them the opportunity to ask advice from their famous idols.

Episode 8 also showed fan tributes from around the world, with Krasinski growing overcome with emotion in the last few moments.”I’m John Krasinski no longer needing to remind you that no matter how hard things get, there is always good in the world,” he ends the video, holding back tears, before standing up to reveal he even put on pants for the finale.

Check out the episode above.

Pick up a copy of Entertainment Weekly’s Ultimate Guide to The Office, available now wherever magazines are sold or buy it online.

Mississippi man accused of killing 8 tears up during...

The videography company created a website using the groom's name, writing: "If we knew he was going to shake us down, we would have charged a higher deposit."
Read more

Nida Allam has become the first Muslim woman to be win elected office in the state of North Carolina.According to local reports, history was written on Tuesday night when vo...
Read more

The Mother And The Murderer

He was jailed for killing her daughter. Then she feared the police had the wrong man.
Read more

A Trump-Friendly, Anti-AOC Democrat Is Poised to Win a...

The district borders the one Representative Alexandria Ocasio-Cortez represents, but the bluest part of America could actually elect a Trump-friendly, self-described "conservative Democrat," Reverend Ruben Diaz Sr., who bragged: "I am the opposite of AOC in t…
Read more

Rob Roberts says he was in London but his family "had been reminded" of the government's lockdown rules.
Read more

House subcommittee requests information from Ring about cooperation with...

A House subcommittee is asking Amazon's home security outfit Ring for information about its partnerships with city governments and local police departments as well as its data protection policy.Rep. Raja Krishnamoo...
Read more

Hillary Clinton on US leading in coronavirus cases: Trump...

A Chicago Ford assembly plant temporarily shuttered for part of Tuesday, because two employees tested positive for COVID-19 one day after reopening.The plant shut down on Tuesday, forcing thousands to...
Read more

Pittsburgh Steelers QB Ben Roethlisberger got a haricut during...

The governor of Pennsylvania wants everyone -- including the quarterback of the Pittsburgh Steelers -- to adhere to guidelines around the coronavirus pandemic.
Read more

With Each Crisis, POTUS Becomes More Powerful, and Partisan

This has been the pattern: the Executive assumes new power that is never fully annulled when the threat ends. The post With Each Crisis, POTUS Becomes More Powerful, and Partisan appeared first on The American Conservative.
Read more

David Arquette will return for Scream 5 as Deputy Dewey