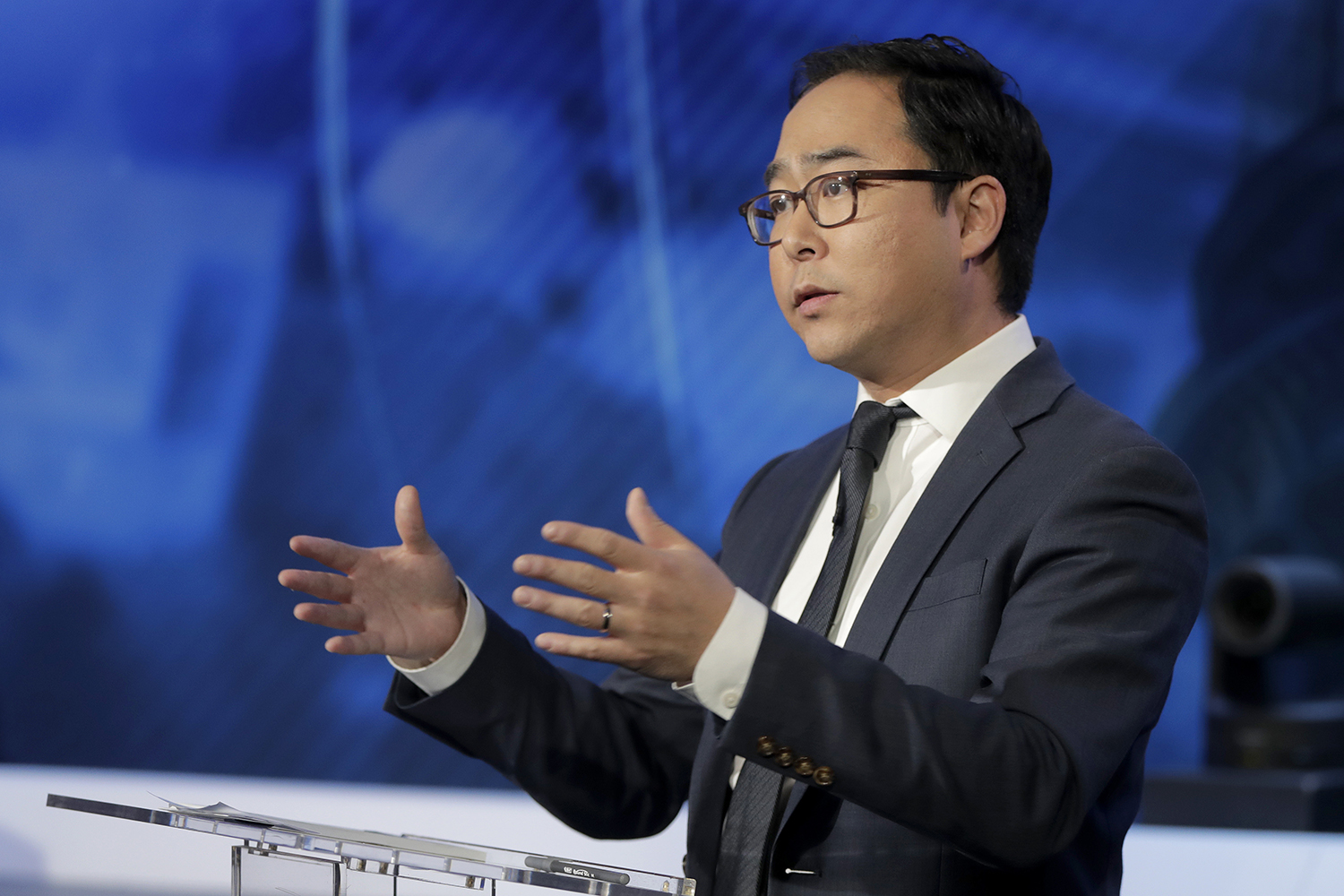 A White House spokesperson did not immediately return a request for comment on Kim’s criticism.

Since the early weeks of the coronavirus outbreak in the United States, President Donald Trump has argued aggressively for reopening wide swaths of the country, warning repeatedly that the cure of lockdown orders cant be worse than the problem itself.

Following the expiration of federal social distancing guidelines at the end of April, the vast majority of states have begun this month to gradually wind down mitigation measures meant to curb the spread of the coronavirus hoping the easing of restrictions will not yield new surges in Covid-19 cases.

The administration, too, has reoriented its efforts from fighting the outbreak to jump-starting the economy. Trump announced earlier this month that the focus of the White House coronavirus task force would shift to SAFETY & OPENING UP OUR COUNTRY AGAIN, and he reportedly told governors Monday the federal government will step in if needed to assist a state in its bid to reopen.

But Kim, one of the members of a House investigative committee established last month to monitor the administrations implementation of nearly $3 trillion in coronavirus relief measures, said Tuesday he would be much more comfortable with these discussions about how to safely reopen if we had transparency in data.

So I share that same goal, he added, but I differ in terms of the prioritization on public health that I think needs to play a bigger role than where the administration believes.

GOP questions whether Trump will stick to new coronavirus...

President Trump is trying out a different strategy on the coronavirus as his poll numbers sink further and further behind presumptive Democratic presidential nominee Joe Biden, a fall many blame on dismal approval ratings...
Read more

Which threads should advance to the championship of the ultimate Minnesota jersey tournament? You decide.
Read more

Valve launched Steam Labs late last year as a way to test out new features for its PC games store. While it already brought the machine learning-based Interactive Recommender from Labs to the regular Library, the latest client update adds a wrinkle w...
Read more

This news comes after the U.S. announced earlier in the day that it had secured up to 600 million doses of a vaccine created by BioNTech and Pfizer.
Read more

Judge rules woman who accused Trump of rape can...

President Donald Trump announced in a tweet on Sunday that he will not be throwing out the first pitch at the New York Yankees game on Aug. 15.
Read more

Rand Paul holds up passing bill that would ban...

For the first time since January, China reports no coronavirus-related deaths.
Read more

J.K. Rowling warns against ‘a new kind of conversion...

The "Harry Potter" author is back in the spotlight after tweeting that young people are being "shunted towards" hormones and gender-transition surgery.
Read more

How to avoid the fake news ‘infodemic’

There's a flood of disinformation on coronavirus out there, some of which is being used maliciously to infect user machines with malware or steal data.
Read more

A U.K. company is developing an antibody test intended to identify those who have had the coronavirus that could cost just $1.20,...
Read more

The Portland City Council has reportedly approved a measure that bars the city's police department from communicating with federal agents deployed to the region by the Trump administration.The measure, which was pa...
Read more

#DisneyCreators: ‘Stories from the Parks’ at Taste of EPCOT...

These Are the States Where You Can Vote By...

On two straight nights of unruly protests, police officers retreated from their posts in some cities, while in others, they deployed batons, flash-bang grenades and tear gas to quell the unrest
Read more

Millions of villagers were evacuated as the powerful cyclone approached the eastern Indian states of Odisha and West Bengal.
Read more

How to watch the PC Gaming Show and Future...

Check out game reveals and more this Saturday with a double bill of games livestreams from our sister sites.
Read more

Millions of people have been evacuated before arrival of super-cyclone. Storm is forecast to cause huge waves, ferocious winds and torrential rains. Also, Taiwan's re-elected president demands that China learn to coexist with the island, and will the French h…
Read more

Coronavirus stress among hospital workers leads to creation of...

A New York City hospital system created "recharge rooms" to give doctors, nurses and staff a place to recover from the stress of the coronavirus pandemic.
Read more

India has reported a record of nearly 10,000 new coronavirus cases with health services in the worst-hit cities of Mumbai, New Delhi and Chennai swamped by the rising infections
Read more

Johnnie Walker whisky will be sold in paper bottles...

Starting next year, Johnnie Walker fans will be able to pour their whisky from a planet-friendly bottle.
Read more

Joshua’s next fight could be in Roman amphitheatre, says...

Anthony Joshua's next bout could be staged in a Roman amphitheatre in Croatia, according to the manager of his opponent.
Read more

NATO chief says US to consult allies on future...

Thinking about buying a laptop? We'd like to hear from you