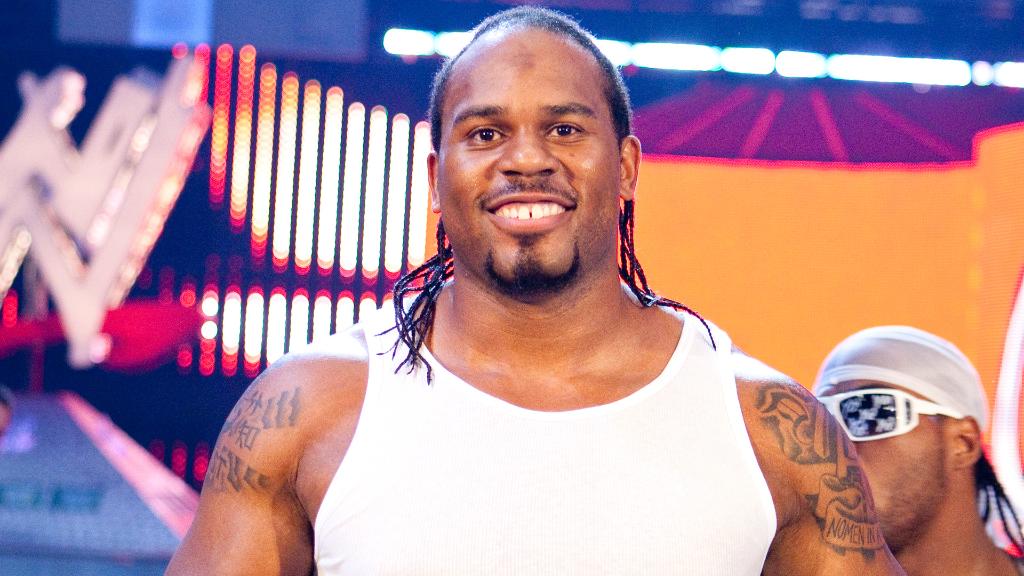 After days of searching, the body of former WWE star Shad Gaspard was found and identified Wednesday morning.

Video at the scene showed the Los Angeles Fire Department and Los Angeles Police Department surrounding a lifeless body that washed ashore. The coroner and a woman who resembles Gaspard’s wife, Siliana were also seen leaving the scene.

Around 6 a.m. Wednesday PDT, the Los Angeles County Fire Department confirmed to the media that the body matches that of Shad Gaspard.

The 39-year-old was swimming with his 10-year-old son at Marina del Rey Beach in Venice Beach, California Sunday when he and a group of swimmers were caught in a strong riptide around 4 p.m. according to reports.

When lifeguards went out to rescue Gaspard, he reportedly directed them to save his son first. Witnesses at the scene say that before the lifeguards could return to get Gaspard he was taken under. A Los Angeles Fire Department official told the media Sunday that they believe Gaspard “did submerge.”

Another 1.4 million Americans have filed for first-time unemployment benefits last week, according to the Department of Labor.
Read more

Sen. Rick Scott (R-Fla.) said on Thursday that the United States still needs to ramp up testing as some states look to begin lifting social distancing restrictions."On top of keeping people safe, we've got to get t...
Read more

The plantation where Ryan Reynolds and Blake Lively got married has issued a statement now that the famous couple has voiced regret about tying the knot in a venue where slavery took place.
Read more

Much of U.S. Southwest left parched after monsoon season

Cities across the U.S. Southwest recorded their driest monsoon season on record this year
Read more

The third precinct is in smoldering remains after protesters descended on the building, fanning flames, breaking windows and tagging the side of the building.
Read more

Lori Vallow, the Idaho mother jailed in connection to the disappearance of her two missing children, is also under investigation with her current husband in the death of his former wife.
Read more

He was Alabama's Mr. Basketball at Huffman High School and was a starting forward on the Huskies' Final Four team in 2008-09.
Read more

Graham to release report on his Russia probe investigation...

Sen. Lindsey Graham (R-S.C.) said on Tuesday that he wants to release the findings of his investigation of the Russia probe before the November election.Graham, speaking to a small group of reporters, said that he...
Read more

HEROES Act Proposes a Second Stimulus Check. But Not...

Democrats and Republicans have clashed over the urgency of another coronavirus relief bill.
Read more

A 36-year-old officer was taken to hospital with serious injuries after an incident in the Hillhead area of Glasgow.
Read more

Kenzo gets the buzz at bee-themed Paris Fashion Week...

A hybrid Paris Fashion Week features a standout live runway show from Kenzo, but no sign of any A-list celebrities
Read more

The aggressive police response to protests over George Floyd's death shows that departments have not learned the lessons of earlier protests in Baltimore and Ferguson, Missouri, experts said.
Read more

On report said the police's use of less-lethal munitions "served no clear law enforcement purpose: they did not prevent property damage, effectively disperse the crowd, or allow peaceful demonstrators their right to protest."
Read more

They also shared their personal experiences regarding race
Read more

Two Supreme Court rulings will keep President Donald Trump’s tax returns, banking records and other financial documents out of the public eye for the time being
Read more

Coronavirus: All children in England ‘back to school in...

Education Secretary Gavin Williamson says pupils "in every year group" will return at all schools next term.
Read more

The 40 most astonishing lines from Donald Trump’s Friday...

Faced with a mounting death toll from the coronavirus pandemic and historically high unemployment numbers, President Donald Trump went looking for a friend Friday morning. And as always, he was welcomed into the warm embrace of "Fox & Friends."
Read more

The Tampa Bay Rays fell to Clayton Kershaw and the Los Angeles Dodgers 8-3 in Game 1 of the World Series Tuesday evening.
Read more

EU may block Americans from entering as it reopens...

The European Union may block Americans from entering its member countries as the bloc plans to reopen its borders on July 1 and the U.S. infection rate remains high, The New York Times reported Tuesday.The EU has produced two draft lists of...
Read more

Secretary of Defense Mark Esper on Thursday said that he has "an open mind" to the possibility of reinstating the fired commander of the Navy's USS Theodore Roosevelt aircraft carrier.The ship's former commanding o...
Read more

The Hill’s Campaign Report: Primary night in Kentucky and...

Welcome to The Hill’s Campaign Report, your daily rundown on all the latest news in the 2020 presidential, Senate and House races. Did someone forward this to you? Click here to subscribe.We’re Julia Manchester, Max Greenwood and Jonathan Easley....
Read more

Sweden pursued a policy of herd immunity and refused to implement a coronavirus lockdown. Some 5,572 people have since died from the disease, one of the deadliest outbreaks in the world. Public opinion has turned against the government, which has now launched…
Read more

What to watch for Thursday at the RNC: Trump...

As protests against police brutality and racism have often turned into violent riots, the coronavirus pandemic continues to rage and Louisiana and Texas are being battered by a hurricane so strong the storm surge has been called "unsurvivable," with a quality…
Read more

Search under way in Aberystwyth after child falls into...

Aberystwyth lifeboat says it is searching for a missing child believed to have fallen into a river.
Read more

Abby Hornacek on becoming a 'Top Gun': 'I passed out three times...