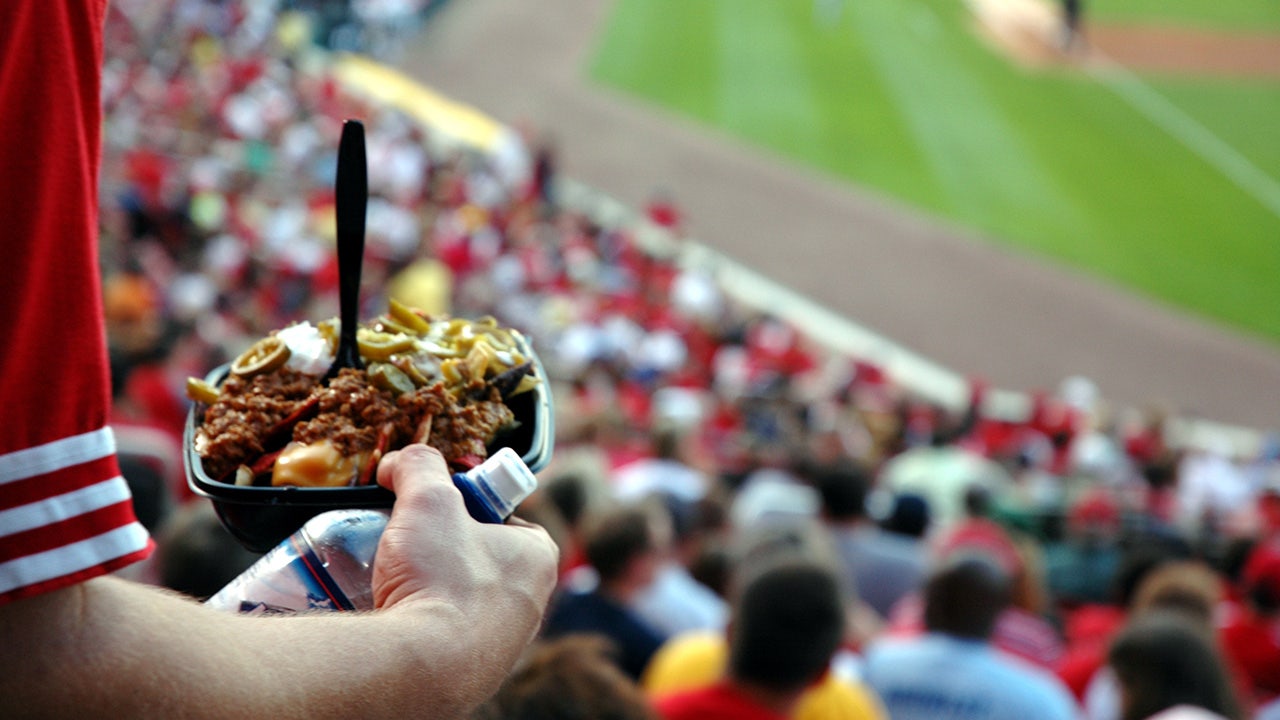 Get all the latest news on coronavirus and more delivered daily to your inbox. Sign up here.

Take me out to the ballgame — and buy me some peanuts and Cracker Jack from the safety of our car.

A growing number of Minor League Baseball organizations across the country are now making their signature concessions available for curbside pickup amid the coronavirus pandemic, offering everything from hot dogs and wings to more quirky, regional favorites such as “trash cans” and loose-meat sandwiches.

Over the past several weeks, Minor League baseball organizations across the nation have started offering their signature stadium snacks for curbside pickup.

“In these trying times, such endeavors allow teams to perform a community service, stay in the public eye, establish a revenue stream and unload a surplus of perishable goods,” wrote MiLB.com in a recent roundup of the Minor League ballparks now selling their treats to-go.

The idea began gaining traction as early as April, according to MiLB.com, kicking off after the Blue Wahoos of Pensacola, Fla., began offerings its “Legalize Marinara” offerings (meatball subs, spaghetti, polenta) on 4/20.

In the following weeks, several other teams began advertising their own signature dishes for curbside pickup, including: the Rochester Redwings of New York, serving their version of a “garbage plate,” among other things; the Omaha Storm Chasers, who threw in mystery merchandise with every order; and the Charleston RiverDogs of South Carolina, which not only offered traditional stadium fare and a brisket ramen bowl but also sold mystery 6-packs of beer for $12.99.

Those aren’t nearly the only ballparks to adopt the idea, either. More recently, MiLB confirmed that the Burlington Bees out of Iowa have started offering their stadium snacks, including a loose-meat sandwich. Another Iowa team, the Clinton LumberKings, is also selling its fare, including its signature “Garbage Pail,” which MiLB.com described as an “iconic bouillabaisse of breaded items” containing fries, mini corn dogs, onion rings, chicken strips, fried pickles, and several other deep-fried items, all mixed together in one dish.

We’re pretty sure most of these places are also selling hot dogs and peanuts, too, just in case your palate isn’t refined enough for the “garbage” plates described above.

US immunologist warns of ‘darkest winter’ if virus rebounds

The U.S. immunologist who says he lost his government job because he warned the Trump administration to prepare for the coronavirus pandemic isn't backing off his bleak forecast
Read more

Coronavirus: ‘Mums do most childcare and chores in lockdown’

A study has found that the only situation in which dads pull their weight is if they're not working.
Read more

Republicans on the newly formed Select Subcommittee on the Coronavirus Crisis gathered in a room in the House Visitor Center for the panel's first virtual briefing Wednesday in an effort to show lawmakers can conduct busi...
Read more

How Budapest became a fine dining force to be...

While Budapest is better know for architecture and geothermal springs, the city's fine dining scene has been gaining considerable attention. Find out how the delicious revolution got started and where it's headed.
Read more

HBO Max chief on launching the new service during...

President Donald Trump was able to hold a Fox News interview at the Lincoln Memorial on Sunday night only because of a directive from Interior Secretary David Bernhardt relaxing the rules around events inside the space, The New York Times reported Monday.
Read more

The teams are also required to meet a set of criteria created by the league.
Read more

Create your ideal bundle with Sky's latest TV deals - get Netflix and over 500 box sets all from £25 a month.
Read more

Douglas Loverro has served as the associate administrator for the human exploration and operations mission directorate for just seven months.
Read more

'The Voice' Coaches Nailed 'Let My Love Open The Door' And They...