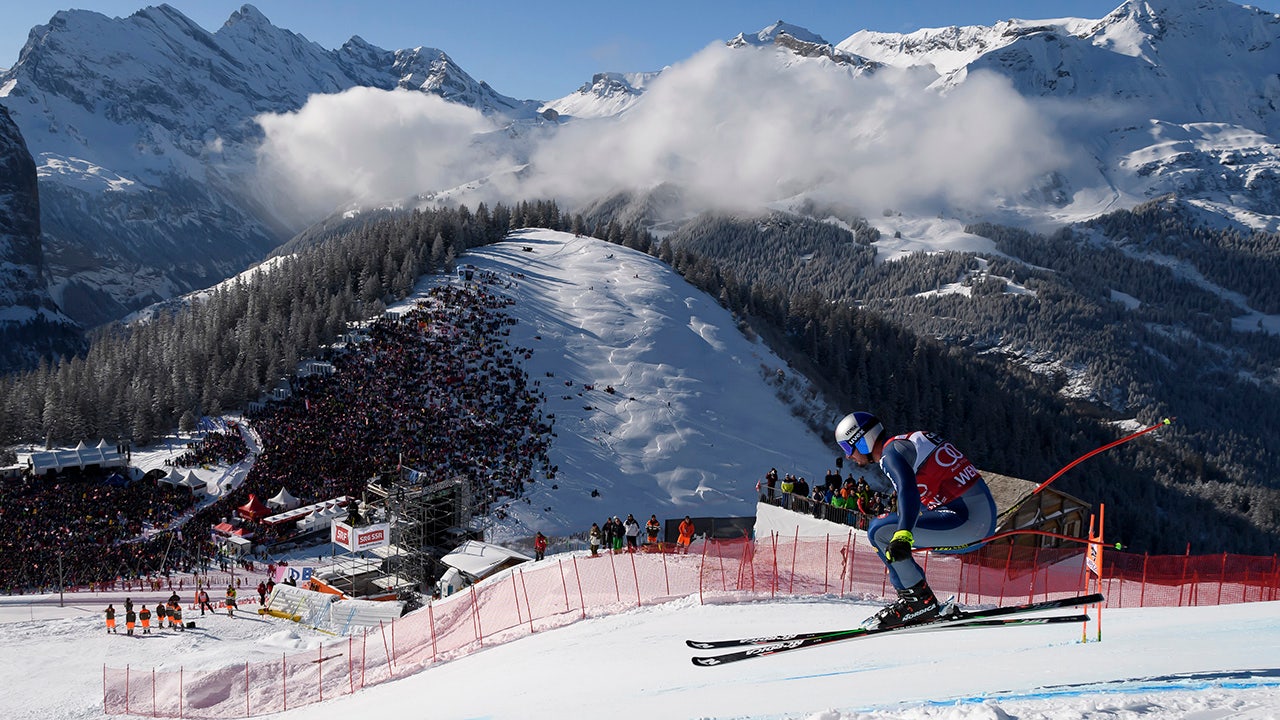 The signature Alpine skiing race in Switzerland risks being dropped from the World Cup schedule because of a money dispute with the national ski federation.

Organizers of the Lauberhorn men’s downhill in Wengen traded statements with Swiss-Ski on Wednesday and confirmed their ongoing legal case at the Court of Arbitration for Sport.

The Swiss ski body said it “cannot meet the financial demands” made by the organizing committee in Wengen.

Because of the case at CAS, the federation said it limited its risk on the 2021-22 schedule by proposing a placeholder “Switzerland” designation instead of Wengen.

Wengen has been a fixture on the men’s World Cup since the debut 1967 season, and next January’s races will be the 91st annual Lauberhorn meeting.

The Saturday downhill typically attracts 30,000 spectators to the mountain and one of Swiss television’s biggest audience ratings each year. Swiss racers have won six of the last 11 editions.

Wengen officials said the dispute centers on its share of television rights from Swiss-Ski.

They criticized an “unsportsmanlike” approach of the national federation in withdrawing the calendar proposal without consultation.

The dispute has been aired publicly as Swiss-Ski leader Urs Lehmann, a former downhill world champion, is campaigning to be president of world governing body FIS.

Former world champion Ricky Hatton tells BBC Sport how he overcame problems with drink, drugs and depression and why mental health issues are so prevalent in boxing today.
Read more

Bloomberg donates $2M to group looking to turn out...

LeBron James among athletes speaking out after George Floyd’s...

"Do you understand NOW!!??!!?? Or is it still blurred to you??" James said in an Instagram post.
Read more

The House Judiciary Committee became tangled in bitter squabbles that had little to do with law enforcement reform.
Read more

GMA’s Robin Roberts to work from home amid coronavirus...

Saudi King Salman also ordered that some businesses be allowed to reopen as the kingdom loosened lockdown measures.
Read more

The alleged scheme by the poultry company's top executive and others may have hit major customers like Chick-fil-A.
Read more

It comes after "appalling scenes" of violence at another street party in London on Wednesday evening.
Read more

A truce called for the Muslim holiday of Eid has held, and the insurgent group is raising hopes it may be extended.
Read more

Rackspace has changed its name and launched new solutions as the company goes all in on multicloud.
Read more

Nicola Sturgeon says people in Scotland must "stick with" the lockdown until there is "solid evidence" about its impact.
Read more

House Intelligence and House Judiciary lawyers are laying out their case against President Trump at the second Judiciary Committee hearing on impeachment.
Read more

U.S. ramps up expulsions of migrants as border crossings...

A CDC coronavirus directive, which has been extended indefinitely, has given the Trump administration the power to rapidly remove most border-crossers from U.S. soil.
Read more

Sugababes star Keisha Buchanan opens up about experiences of...

Keisha Buchanan fell victim to the trope of the "angry black woman" during her time in the band.
Read more