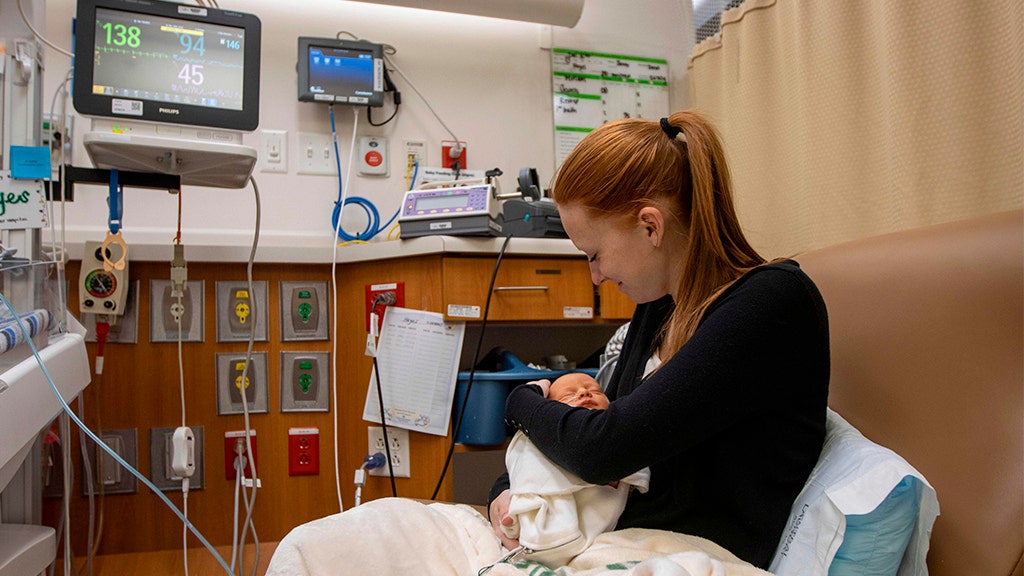 Get all the latest news on coronavirus and more delivered daily to your inbox. Sign up here.

POLICY ANALYST ON FALLING BIRTH RATES: RHETORIC FROM THE LEFT CONTRIBUTING TO ‘CHANGE IN NORMS’

In 2019, about 3.75 million babies were born in the U.S. — down 1 percent from the previous year, provisional figures from the Centers for Disease Control and Prevention’s National Center for Health Statistics showed. In addition, the general fertility rate fell 2 percent to 58.2 births per 1,000 women aged 15 to 44. It is the lowest level since the government began tracking the figure in 1909, the report said.

The figures released endorse the latest trends in American childbearing, which began declining during the 2007-09 recession, showing they never matched the economic growth when the economy rebounded. The provisional figures reveal millennials have been slower to form families than previous generations, in part, economists say, because they are less financially secure than those before them.

Those results are supported by experts, including fertility expert Melanie Brasher, an assistant professor of sociology at the University of Rhode Island, who said: “There are a lot of people out there who would like to have two children, a larger family, and there’s something going on out there that makes people feel like they can’t do that.”

Women in all age groups – excluding those in their early 40s – experienced a drop or held steady in birthrates, The Wall Street Journal reported.  Meanwhile, teen births saw the sharpest drop, with a 5 percent decline in their birthrate. Since peaking in 1991, the teen birthrate has fallen 73 percent.

The Wall Street Journal contributed to this report.

Some officials worked to justify the president’s decision to take hydroxychloroquine, while other aides debated whether they needed to update government guidelines about the drug.
Read more

Trump says Liz Cheney ‘only upset’ because he’s getting...

President Trump on Thursday said GOP Rep. Liz Cheney is “only upset” because his administration has been getting the U.S. out of “ridiculous and costly Endless Wars,” after she criticized his handling of the coronavirus pandemic and other issues.
Read more

Booker T on Bobby Lashley: ‘I thought he was...

Booker T, Mark Henry, and Ember Moon discuss Bobby Lashley's challenge to WWE Champion Drew Mcintyre this past Monday night, and his unique career path that has brought him to this point.
Read more

As a Black journalist at Fox News Channel, Harris Faulkner is used to people who make presumptions about her
Read more

Senate Leadership Fund will air positive ads for Rep. Roger Marshall, who is trying to fend off Kris Kobach in next month's primary.
Read more

Chris Broussard: Joakim Noah was a pro in Clippers...

Nick Wright, Chris Broussard and Kevin Wright tuned in for the first scrimmage in the NBA bubble, where the Los Angeles Clippers defeated the Orlando Magic 99-90. Nick is shocked to hear Broussard and Wildes praise the newly added Joakim Noah, who he believes…
Read more

The mayor of Portland, Oregon, was hit with tear gas as he joined a crowd of protestors who gathered outside a federal courthouse on Wednesday night, as tensions persisted in the city in response to the Trump a...
Read more

Samsung has announced a price drop on its Galaxy Z Flip in India. The foldable smartphone now at Rs 1,08,999.
Read more

Internal memos by the chief surgeon at New York Presbyterian hospital revealed new details about the coming threat that had not previously been public.
Read more

The Senate on Thursday passed bipartisan legislation that would protect coronavirus relief payments from being garnished by banks and debt collectors.The Senate passed the bill by unanimous consent. Legislation Congress passed in March, known...
Read more

Two prank callers claim they rang the Duke of Sussex pretending to be Greta Thunberg and her father.
Read more

Operation Legend: Is it constitutional for federal agents to...

Have a low pain threshold? You might be part...

Do you wince as you walk, or wake up with aches and pains? It could be down to your genes -- your Neanderthal genes, that is.
Read more

Mozilla adds ad-free browsing to its anti-tracking protection in...

Mozilla and Scroll have launched a new initiative that aims to improve users' online experience by removing ads and preventing tracking.
Read more

‘Into the Wild’ bus removed from Alaska backcountry

The bus has long attracted adventurers to an area without cellphone service and marked by unpredictable weather and at-times swollen rivers.
Read more

All 50 states will have lifted their coronavirus restrictions and will begin a new normal, but the CDC reports that only two states have the guidelines to reopen as coronavirus cases continue to increase in some areas. Manuel Bojorquez has the latest.
Read more

How to Stay Productive When the World Is on...

It feels impossible to get anything done right now. Here's how to keep your head above water—without falling into the busy trap.
Read more

League One: Clubs resume talks over whether to continue or end season