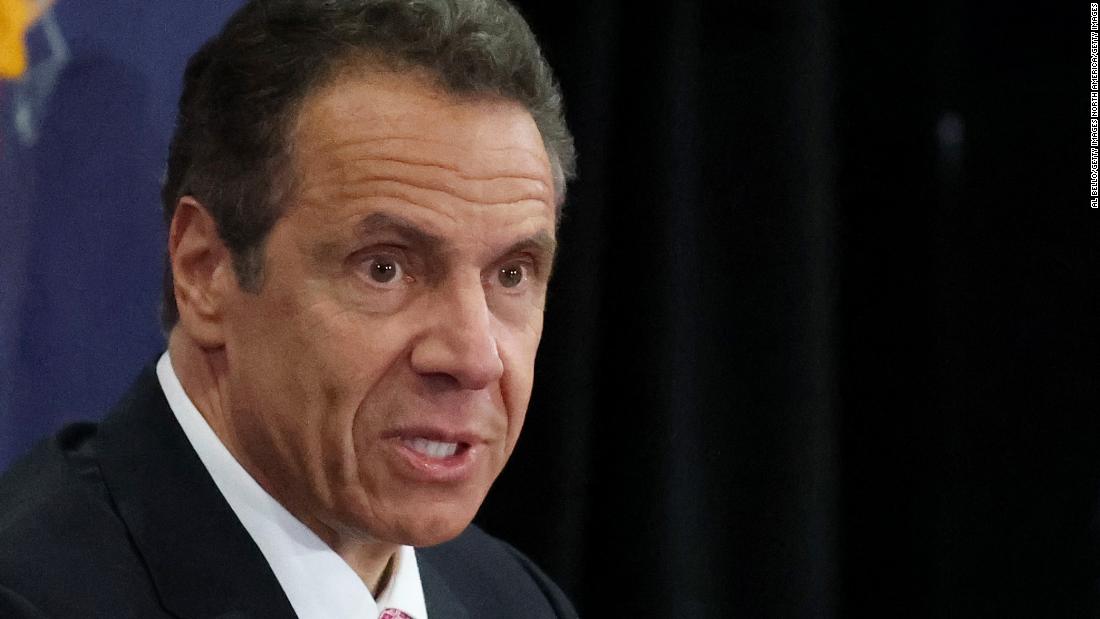 (CNN)New York Gov. Andrew Cuomo’s office deflected questions about a report from The Associated Press that the state sent more than 4,500 patients recovering from coronavirus to nursing homes by saying they followed guidance from federal agencies.

“I just want to reiterate once again that the policy that the Department of Health put out was in line directly with the March 13 directive put out by (Centers for Disease Control and Prevention) and (Centers for Medicare and Medicaid Services) that read, and I quote, ‘Nursing homes should admit any individuals from hospitals where Covid is present,'” said Secretary to the Governor Melissa DeRosa on Saturday during a briefing. “Not could, should … that is President (Donald) Trump’s CMS and CDC.”

Cuomo, a Democrat, said later in the briefing that he was trying to depoliticize the issue by saying, “New York followed the President’s agency’s guidance, so that de-politicizes it. What New York did was follow what the Republican administration said to do.

“So don’t criticize this state for following the President’s policy.”

The Centers for Medicare and Medicaid Services issued a memorandum on March 13 stating, in part, “Nursing homes should admit any individuals that they would normally admit to their facility, including individuals from hospitals where a case of COVID-19 was/is present.”

New York’s Department of Health issued a statement Friday saying it was still compiling its data and followed the guidelines from CMS about nursing homes admitting people who had Covid-19.

A March 25 order by the state’s Department of Health mandated that nursing homes must not deny readmission or admission to people “solely based on a confirmed or suspected diagnosis of COVID-19.” Cuomo announced a new policy on May 10, saying a hospital cannot discharge a person who is Covid positive to a nursing home.

As of March 22, at least 5,700 in New York nursing homes were confirmed or presumed dead due to Covid-19, according to data from the state’s health department. The data does not break out the number of coronavirus patients who entered nursing homes following Cuomo’s order.

As of Saturday afternoon, New York had at least 358,154 positive coronavirus cases and at least 28,853 deaths, according to data from the Johns Hopkins University Center for Systems Science and Engineering.

Tony Blair calls for stronger WHO and more global...

Why there’s now real reason for optimism for the...

With the governors of New York, California, and Texas all announcing plans for the return of sports, fans have reason to be optimistic.
Read more

The first day of June saw coronavirus restrictions ease from Asia to Europe to the United States, even as U.S. protests against police brutality sparked fears of new outbreaks
Read more

The man, who had underlying health problems, had recently returned to the UK from Italy, NHS England says.
Read more

Harris says officer involved in Floyd death should be...

Sen. Kamala Harris (D-Calif.), the former California attorney general and a member of the Senate Judiciary Committee, is calling on prosecutors to charge a Minneapolis police officer in the death of George Floy...
Read more

A 5.5-magnitude earthquake hit near Searles Valley, California on Wednesday, according to the ...
Read more

Flybe plane seized by Isle of Man government due...

The Manx government says it will not release the plane until the former airline's debts are settled.
Read more

Millions of Syrians escaped the violence in their country. But some are now so short on money that they've taken to selling their organs just to pay the rent.
Read more

What is SpaceX and why is it working with...

The first major art museum in the U.S. has reopened