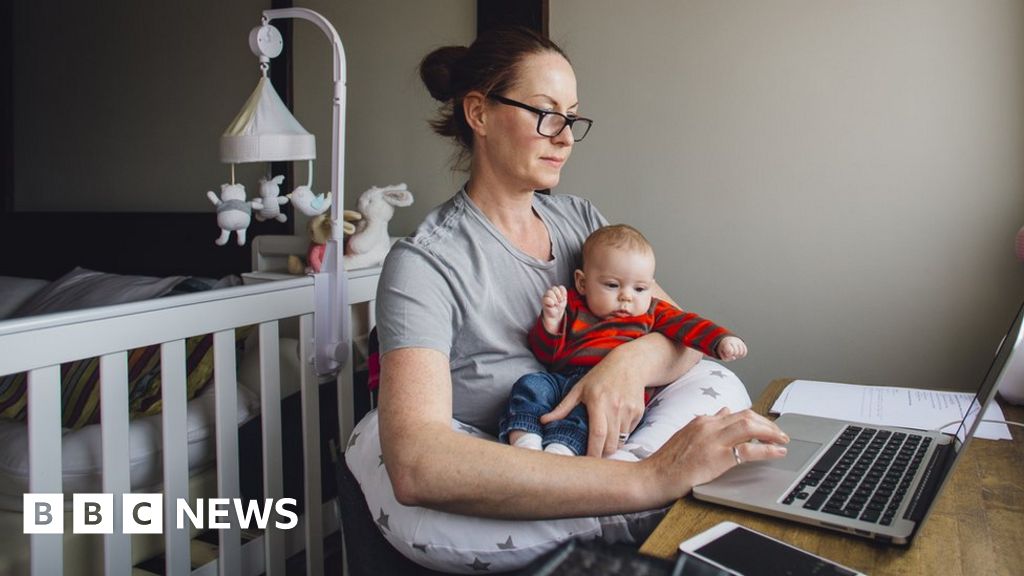 Mums appear to be doing most of the housework and childcare during lockdown, according to a new study.

Research shows that in homes where there is a working mother and father, women are doing more chores and spending more time with children.

They found that mums were only able to do one hour of uninterrupted work, for every three hours done by dads.

“Mothers are doing, on average, more childcare and more housework than fathers who have the same work arrangements,” said Lucy Kraftman, a research economist at the IFS.

“The only set of households where we see mothers and fathers sharing childcare and housework equally are those in which both parents were previously working, but the father has now stopped working for pay, while the mother is still in paid work,” she said.

“However, mothers in these households are doing paid work during an average of five hours a day, in addition to doing the same amount of domestic work as their partner.”

Paula Sheridan, a coach whose firm Unwrapping Potential works with professional women, says her clients “almost universally” report that they are the ones planning meals, creating timetables and downloading learning resources for children – along with dozens of other tasks.

“I’m the main wage earner and yet I also seem to be the one who stops work to make lunch and dinner, because he wouldn’t think of doing it,” one client told her.

Paula Sheridan, a business and performance coach, says almost all of her clients have complained that they are the ones doing most of the childcare in the family

Another told her: “[My partner] is furloughed and yet my work telephone calls are interrupted by the children asking questions, while daddy is just watching Netflix.”

Only 2% of new mums and dads split their entitlement to parental leave. This generally leaves woman in charge of establishing a routine and learning how to be a parent – usually by trial and error, she says.

‘Not men versus women’

Being a parent involves making sure there’s food in the house, cooking, arranging childcare where necessary. And as children grow older, keeping track of after-school activities and making sure the kids make it to birthday parties, hopefully with the right gift.

“It isn’t a man versus women thing at all,” Ms Sheridan says. “The partner has no idea that all of this stuff even happens, because he has never needed to.”

Mums still tend to be the ones organising how time is spent at home under lockdown, she adds.

As a result, mothers in two-parent households are only doing, on average, a third of the uninterrupted paid-work hours of fathers, UCL and the IFS found.

Before lockdown, mothers completed on average around 60% of the uninterrupted work hours that fathers did.

“A risk is that the lockdown leads to a further increase in the gender wage gap,” said Alison Andrew from the IFS.

But her colleague, Sonya Krutikova, points to some cause for hope that the lockdown may lead to a more equal sharing of household tasks between parents.

“Fathers, on average, are doing nearly double the hours of childcare they were doing prior to the crisis,” she said.

“This may bring about changes in the attitudes of fathers, mothers, children and employers about the role of fathers in meeting family needs for childcare and domestic work during the working week.”

“The Price is Right” is returning with no live audience

The Democratic Women's Caucus organized a similar effort ahead of last year's State of the Union.
Read more

‘Radioactive’ and ‘Tesla’ celebrate science through the lens of...

At a time when modern science seems under siege, a pair of movies, "Radioactive" and "Tesla," celebrate the field -- not as it stands today, but through biographies that train a slightly fractured lens on the great pioneers of the late-19th century.
Read more

Trump has repeatedly asserted, without evidence, that former President Barack Obama was atop the purported scheme to punish Flynn.
Read more

‘Big’ Bear Attacks Man in Colorado After He Accidentally...

Wildlife officials later found the female bear and euthanized the animal, taking her two cubs into their possesion.
Read more

The Justice Department inspector general's office says a federal prison in California struggled to contain the spread of the coronavirus because of staff shortages, limited use of home confinement and ineffective screening
Read more

‘It’s a mess’: Congress prepares to lurch over unemployment...

Capitol Hill is consumed with finger-pointing and frustration, as millions of Americans are set to lose an economic lifeline.
Read more

Donald Trump Jr: Does he say what his dad...

A businessman and father of five, Donald Trump Jr is a prolific fundraiser on the campaign trail.
Read more

Pro-Trump activist booted from flight for not wearing mask

Pro-Trump activist Brandon Straka was removed from an American Airlines flight for refusing to wear a mask in an incident caught on video by New York Times reporter Astead Herndon on Wednesday.The ejection on a fli...
Read more

The latest Lenovo summer sale is offering discounts of up to $480 on a range of gaming laptop deals suitable for multiple budgets.
Read more

Billie Eilish and Finneas pull off an NPR ‘Tiny...

What looks just like NPR's intimate "Tiny Desk Concert" setting is actually a cardboard cutout. But that is the real Bille Eilish and her brother Finneas.
Read more

The Trump administration finalized a rule that would allow it to extend the coronavirus border restrictions indefinitely.
Read more

Over 100 shipwrecks in a small bay give rise...

There were protests in Allentown, Pennsylvania after a police officer was caught on camera placing his knee on a man's neck while attempting to restrain him. Police say officers observed the man vomiting and staggering in the street outside a hospital on Satu…
Read more

The pledge references Article VI of the Constitution, which explicitly bars any religious tests for office in the federal government.
Read more

Discount retailer TJX has reopened more than 1,600 of its stores worldwide to date
Read more

Companies will soon be able to have their logos displayed in Gmail and hosts in Google Meet will have more control over their meetings.
Read more

Pope to UN: Use COVID crisis to come out...

Sen. Tammy Duckworth (D-Ill.) lifted her hold on some military confirmations after she said Defense Secretary Mark Esper confirmed to her that he did not block the promotion of Lt. Col. Alexander Vindman to colonel....
Read more

Another popular VPN joins the ranks of WireGuard

White woman fired after she calls police on black man who asked...