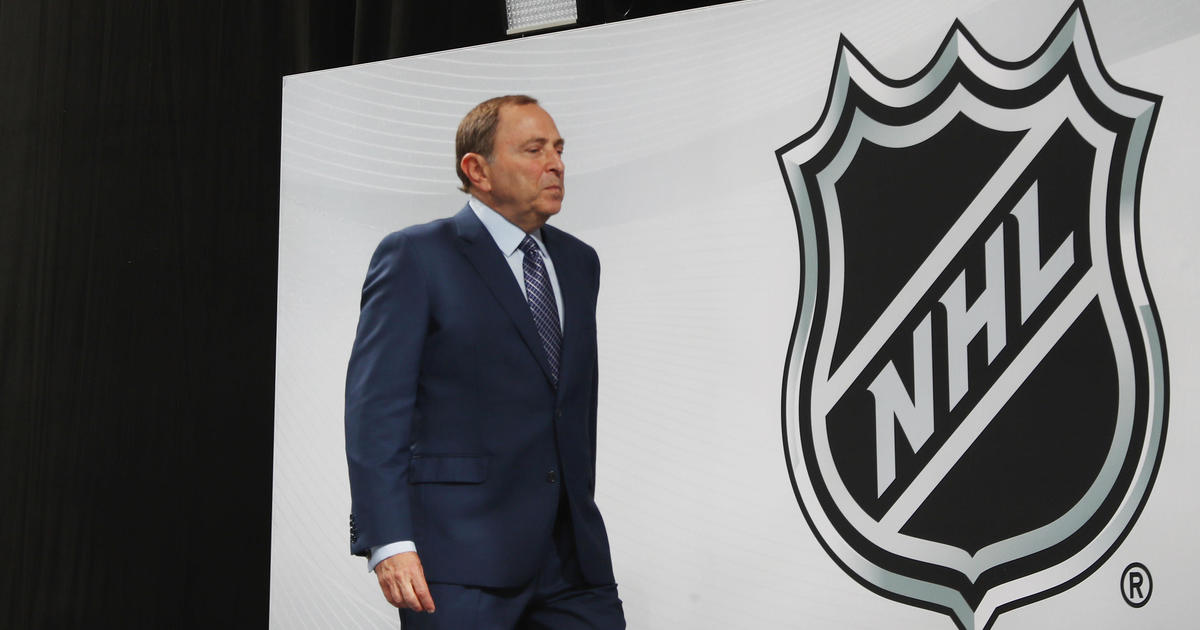 National Hockey League Commissioner Gary Bettman on Tuesday announced the league’s plan and tentative timetable to resume play. The NHL season was suspended March 12 due to the coronavirus pandemic.

“Before I get into the details, I want to make clear that the health and safety of our players, coaches, essential support staff and our communities are paramount,” Bettman said at the beginning of his announcement.

Bettman said the 2019-2020 NHL regular season is effectively over, and play will resume with the Stanley Cup playoffs. There is no definitive date set for when the playoffs will begin, as the league still needs to progress through several more phases of their return to play plan. The league is currently only in phase one.

Rather than have teams travel to each others’ cities, as they normally would, a hub city will be chosen for each conference.

“Each will have secure arenas, practice facilities, hotels and local transportation for our players, coaches and essential staff,” Bettman explained. Clubs will be allowed to travel to their hub city with a maximum of 50 personnel.

The two hub cities have not yet been chosen, Bettman said. Cities that are being considered are: Chicago, Columbus, Dallas, Edmonton, Ls Vega, Los Angeles, Twin Cities, Pittsburgh, Toronto, Vancouver.

The Return To Play committee has not yet decided how seeding will be determined for the first round, nor have they decided if the second round will be a best-of-five or best-of-seven series. The conference and Stanley Cup finals will both be best-of-seven series. The committee has also not decided where the conference and Stanley Cup finals will be played, but Bettman said they will most likely be held in one of the two hub cities.

Teams that failed to qualify for the playoffs will enter the draft lottery.

Bettman said the league hopes to move to phase two of return to play in early June. This phase involves clubs returning to their facilities for “voluntary, small-group on and off-ice training.” No date has been set for when they hope to move to phase three, but Bettman said it will not be before July 1. Phase four is the resumption of play.

“Obviously, we anticipate playing over the summer and into the fall,” Bettman said. “At this time, we are not fixing dates because the schedule of our return to play will be determined both by developing circumstances and the needs of our players.”

House Democratic leaders are pushing hard to finalize an agreement on the next multi-trillion-dollar package of coronavirus relief in order to wrap up the process before Aug. 1."I'm hoping for the end of the month,...
Read more

Yemen’s rebels crack down as COVID-19 and rumors spread

Trump slams Murkowski, vows to go to Alaska to...

President Trump said he would campaign against Republican Sen. Lisa Murkowski from Alaska in 2022 after she told reporters she was “struggling” to support the president in his reelection because of how he handled the George Floyd protests.
Read more

White House chief of staff Mark Meadows said on Thursday that Anthony Fauci was wrong to liken the coronavirus to the 1918 flu pandemic, calling his remarks "false" and "irresponsible."Meadows...
Read more

President Buhari condemns the killings and vows to bring the gunmen to justice.
Read more

It says the US is on the brink of a precipice where it could lose control of the digital sphere.
Read more

Rep. John Lewis to be carried across Edmund Pettus...

Celebrations of the life of Rep. John Lewis, D-Ga., continue Sunday morning, the second of six days honoring the late civil rights icon who died at the age of 80 on July 17 after a battle with pancreatic cancer.
Read more

Pandemic unemployment assistance that offers $600 a week to people who lost their job due to the virus is set to expire this week. For many, it means the end of an economic lifeline.
Read more

The former political arm of the IRA now draws support from the economically besieged young. A risky game. The post The Rise of Sinn Fein: Ireland’s Bernie Moment appeared first on The American Conservative.
Read more

Microsoft to reveal Halo Infinite and other upcoming Xbox...

Microsoft on Thursday revealed what games will be available on the next-generation Xbox Series X.
Read more

How to watch a 2020 NFL Draft live stream online for free, plus the start time for rounds two to seven.
Read more

It’s already been a banner year for Hollywood apologies

Nick Cannon found out the hard way that freedom of speech does not mean freedom from consequences. Just about every month since the glorious year of 2020 started, famous people have had to apologize. Cancel culture is real.
Read more

The sweeping measure is aimed at curtailing abuses of the pardon power that Democrats allege were committed by President Donald Trump.
Read more

IMF head says half of all countries have asked...

International Monetary Fund Managing Director Kristalina Georgieva said Wednesday that half of all countries have already requested a bailout due to the economic havoc wrought by the coronavirus pandemic."This is a...
Read more

English, German clubs on opposite ends of Europa League...

Anna Camp, who contracted COVID-19 after not wearing a...

Anna Camp is imploring everyone to wear a face-covering after she said she recently contracted coronavirus after a one-off instance where didn’t wear a mask.
Read more

Fire burning at hazmat facility at US air base...

A fire is burning in a storage building for hazardous materials at a major U.S. air base on Japan’s southern island of Okinawa
Read more

As America reopens, I fear I’ll be isolating for...

David A. Andelman writes that as a 75-year-old with chronic asthma, he has reached the disturbing conclusion that it may be years before he can return to his New York City apartment or visit his family in Paris.
Read more

CDC warns about "aggressive" rats as coronavirus shuts down restaurants