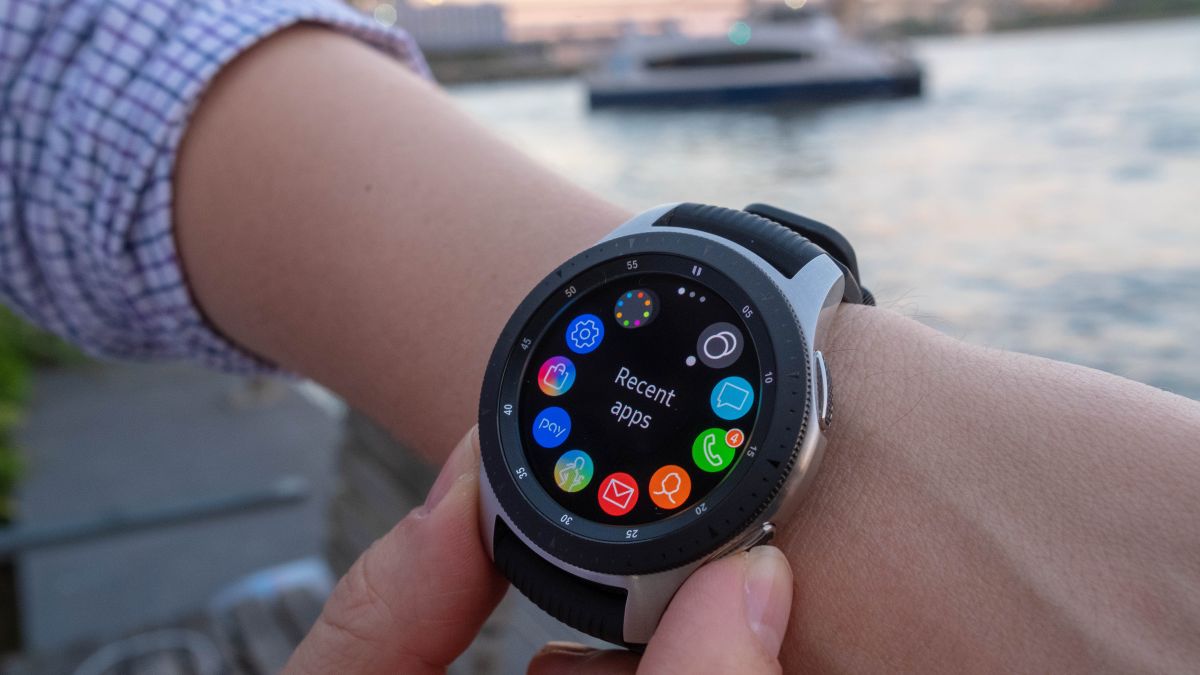 The confirmation comes from the device being certified by the FCC (Federal Communications Commission) in the US, as the listings include not just model numbers (namely SM-R845 and SM-R855) but also a sketch with the words Samsung Galaxy Watch on it.

The sketch shows the back of the upcoming wearable, and along with those words it also lists various specs and features, including GPS, LTE, a 45mm stainless steel case, a 5 ATM water resistance rating, military-grade durability, and Gorilla Glass DX protection. So its tough and swim-safe.

The sketch is specifically for the SM-R845 model, but its likely that the SM-R855 is simply a different size, or a Wi-Fi-only version. In any case, this listing confirms that a new Galaxy Watch of some kind is on the way, and suggests that its probably landing soon.

As noted above, we suspect this is the Samsung Galaxy Watch 2 thats more overdue than the Watch Active 3, and some other leaks point in that direction. For example, we recently heard that there might be a premium titanium variant of the watch, which seems too high-end for an Active model. But it could go either way really, or maybe both are in the works.

We should find out soon, as wed expect one or both of these wearables will land alongside the Samsung Galaxy Note 20 in August, if not before.

46 Coronavirus Deaths Confirmed, Another 52 Suspected At One...

At least 46 residents at a New York City nursing home died after contracting COVID-19, and another 52 deaths are suspected to be connected to the virus.
Read more

The Michigan United for Liberty group will hold another rally on Thursday after armed protesters entered Capitol on April 30.
Read more

It’s already been a banner year for Hollywood apologies

Nick Cannon found out the hard way that freedom of speech does not mean freedom from consequences. Just about every month since the glorious year of 2020 started, famous people have had to apologize. Cancel culture is real.
Read more

Judy Shelton, whose nomination by Trump has faced months of delays, was approved Tuesday by the Senate Banking Committee on a party-line vote.
Read more

Chicago police chief pleads for an end to violence

"There is no comfort in revenge, put the guns down," said Chicago Police Superintendent David Brown.
Read more

The pressure on Israeli Prime Minister Benjamin Netanyahu is building as quickly as the protests, with his official residence on Balfour Street now the focal point of protests that are growing in frequency and in size.
Read more

Protesters in Israel are drawing parallels between the killing of an unarmed, autistic Palestinian man by officers and police violence in the U.S. The man's caregiver says she repeatedly warned officers the 32-year-old was disabled, and begged them not to sho…
Read more

Houston students want to be heard in school reopening...

"We don't want our children to be lab rats," one student tells CBS News, in this latest COVID Chronicles report.
Read more

Ben Stokes, who dropped a catch earlier in the afternoon, safely hangs on at second slip to remove Pakistan dangerman Babar Azam on day three of the first Test at Old Trafford.
Read more

Trump brags about performance on cognitive test for second...

President Trump on Wednesday, for the second time in a week, boasted about his performance on a cognitive test, bragging at length about his ability to recall five words in order.Trump, in an interview intended to...
Read more

Tropical storm Hanna developing in Gulf of Mexico, while...

The tropics are teeming with activity well ahead of schedule.
Read more

Analysis: Trump pushes the limits of powers to an...

President Donald Trump's twin assertions this week of absolute power to reopen the country and unilateral authority to adjourn Congress are only the latest in a series of claims he has made challenging America's constitutional order.
Read more

Stocks are steady on Wall Street at the end...

Minnesota restaurant owner backs down from plan to reopen...

A Minnesota restaurant owner backed down from his plan to reopen after the state attorney general filed a lawsuit against him Sunday night. Kris Schiffler, who owns six Shady's Restaurants in cen...
Read more

When California was anticipating a spring surge in coronavirus cases, it turned an old NBA arena and practice facility in Sacramento into a field hospital prepared to take hundreds of patients
Read more

On the heels of another profitable quarter, despite a coronavirus-induced shutdown of its California plant, the electric automaker announced its fourth factory.
Read more

But she said "I keep my counsel with the vice president's campaign private."
Read more

Philadelphia protesters sue city over tear gas and use...

One lawsuit accuses Philadelphia police of lobbing tear gas and firing rubber bullets at protesters indiscriminately as they marched peacefully on a city highway.
Read more

Former Vice President Joe Biden slammed President Trump in an interview on Tuesday, accusing him of stoking coronavirus deaths in the U.S. through not setting a good example for the public."It's stoking deaths. Tha...
Read more

Borderlands: The Handsome Collection is the latest top-notch free PC game from...