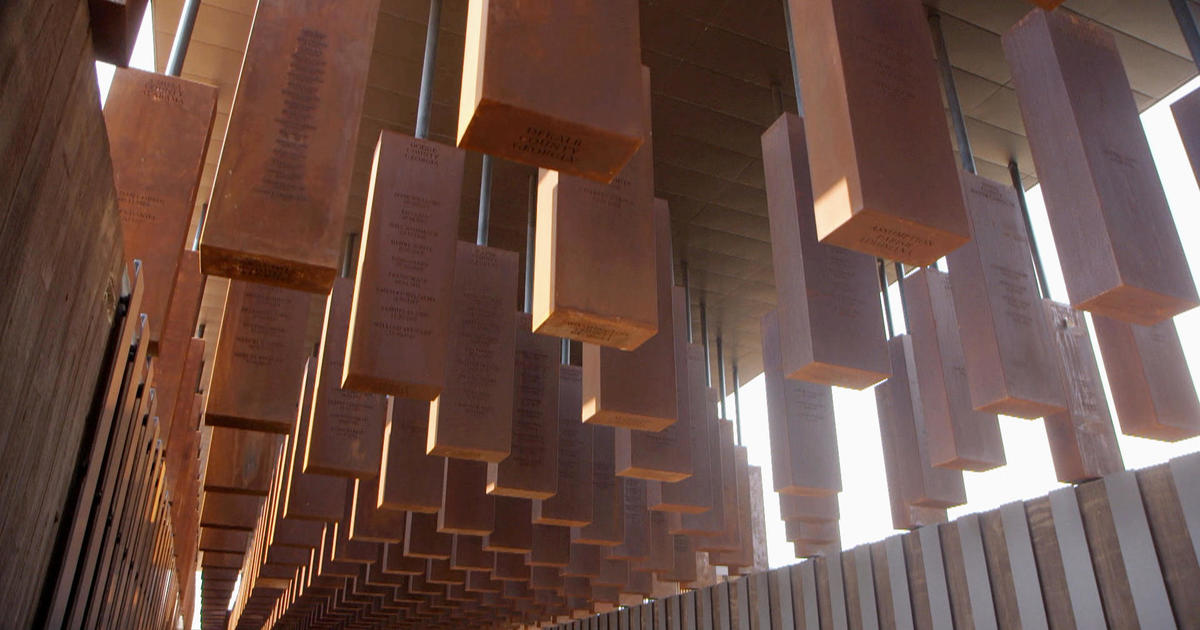 In the 52 seasons 60 Minutes has been on the air, we have told many stories of race and racial injustice in America. As our broadcast continues to move forward covering the important issues stemming from the killing of George Floyd, we also want to take a moment to reflect.

In the coming weeks we will publish stories that aired on our broadcast with a focus on race and policing.

We begin with a collection of six reports from five different decades, including a Mike Wallace interview from our very first broadcast on September 24, 1968.

America was in a state of tumult in 1968. Martin Luther King Jr. and Robert F. Kennedy were both assassinated. Police clashed with protestors in cities including Chicago and Washington, D.C.

The Attorney General at the time was Ramsey Clark, and on the very first episode of 60 Minutes, Mike Wallace interviewed him about the state of policing in America.

At the time of Bell’s death, a police investigation labeled it a justifiable homicide saying Grady fired the lethal bullet in self-defense.

In 1993, 60 Minutes correspondent Steve Kroft reported on the racial disparity between the neighboring cities of Belleville and East St. Louis in Illinois.

At the time of the report, the predominately black East St. Louis had the highest per capita murder rate in the country.

Residents of the mostly white neighboring Belleville self-funded an iron gate to block a road connecting the two locales.

In 1955, 14-year-old Emmett Till was tortured and murdered in Mississippi for whistling at a white woman.

At Till’s funeral, his mother placed her son in an open casket and allowed photographers to take pictures of his maimed corpse.

The photograph was published in Jet magazine and, as 60 Minutes correspondent Ed Bradley reported in 2004, ignited protests and civil disobediences throughout the south. “His death was a spark that ignited the civil rights movement in America…[a] lasting symbol of Southern racism in the 20th century,” Bradley said.

When Hurricane Katrina ravaged New Orleans in 2005, thousands of people were trapped with no food, no water, no shelter, and were desperate to escape. A group of evacuees, mostly African American, tried to cross a bridge to neighboring Gretna, Louisiana, but were stopped and turned back by a largely while police force.

Four months after Katrina, Ed Bradley travelled to New Orleans to investigate the incident with points of view from both sides of the bridge.

2018 – Inside the memorial to victims of lynching

In 2018, 60 Minutes contributor Oprah Winfrey reported from The National Memorial for Peace and Justice in Montgomery, Alabama.

Attorney Bryan Stevenson and the Equal Justice Initiative built the memorial to honor the more than 4,000 black people who were lynched during a 70-year period following the Civil War.

Stevenson told Oprah that lynching was used by white people to maintain control over black people after the Civil War. “It was intended to send a message that if you try to vote, if you try to advocate for your rights, if you insist on fair wages, if you do anything that complicates white supremacy and white dominance and political power, we will kill you.”

Converse signs its first endorsement deal with a female...

Footwear and athletic gear maker Converse has signed its first female basketball player to a sponsorship deal.The company announced Monday on Twitter it is "proud and humbled" to welcome 28-yeah-old Natasha Cloud of the Washington Mystics...
Read more

The stars of sketch show Little Britain say they "regret that we played characters of other races".
Read more

WarnerMedia is reportedly set to lay off at least 800 staffers at Warner Bros. and HBO as part of a restructuring plan by CEO Jason Kilar.Variety, citing unidentified sources, ...
Read more

New York Yankees outfielder Clint Frazier said Sunday he will likely wear a mask or a face covering each time he steps to the plate this season.
Read more

Bankrupt rental car company had warned that investors could lose their shirts in the unusual share offering.
Read more

From Friday, coverings must be worn in enclosed spaces including shops, banks and post offices.
Read more

NBC News sets goal of a workforce that is...

NBC Universal's News Group's chairman has set a bold goal of having a workforce at NBC News, MSNBC and CNBC that is 50 percent minority
Read more

The interview is Fiona Hill's first since testifying before House impeachment investigators in November.
Read more

California’s Hog Fire is producing its own thunderstorms

Firefighters have received some roundabout help from the wildfire itself.
Read more

The former U.S. Defense Secretary said of the fired Inspector General, "He proved to be a leader whose personal and managerial integrity were always of the highest order."
Read more

Coronavirus: State of emergency lifted in most of Japan

Coronavirus infections fall in much of the country, but Tokyo and Osaka remain under emergency order.
Read more

Virus impact on US sports grows; more restrictions in...

The novel coronavirus outbreak, which has already reshaped the professional sports landscape in Europe, prompted new restrictions to restrict fan access in the U.S. on Tuesday, with major decisions looming about baseball's opening day and college basketball's…
Read more

Is this the ultimate all-in-one for professionals?
Read more

Attack on prison in Afghanistan continues; at least 11...

Snapchat apologized for its now-removed Juneteenth filter, telling CNBC on Friday that it went live without being approved through its review process.
Read more

$310B for small business loans likely spoken for, banks...