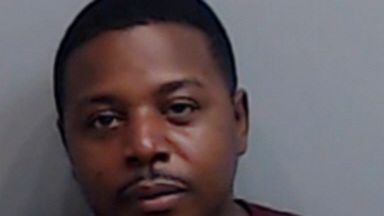 Two more Atlanta police officers were fired Wednesday over an incident in which two college students were pulled from a car in traffic during a large protest against police brutality, authorities said.

Sgt. Lonnie Hood and Officer Armon Jones were fired as a result of their involvement in the May 30 incident, police spokesman Sgt. John Chafee said in an email.

Atlanta Mayor Keisha Lance Bottoms and police Chief Erika Shields previously announced the firing, less than 24 hours after the encounter, of two other officers who were involved. The four fired officers and two others face criminal charges stemming from the incident.

Body camera footage shows a group of Atlanta police officers confronting 22-year-old Messiah Young and 20-year-old Taniyah Pilgrim in a car in downtown traffic caused by protests sparked by the killing of George Floyd in Minnesota. Video shows the officers shouting at the students, firing Tasers at them and dragging them from the car. Throughout the confrontation, the couple can be heard screaming and asking what they did wrong.

The two students are rising seniors at historically black colleges near downtown Atlanta, Young at Morehouse College and Pilgrim at Spelman College.

Jones is charged with aggravated battery for hurting Youngs left arm when he dragged him from the car and slammed him onto the street, a warrant says. He also is charged with pointing a gun at Young. Young suffered a fractured arm and a gash requiring two dozen stitches.

The two officers who were previously fired Investigator Ivory Streeter and Investigator Mark Gardner filed a lawsuit Monday against the mayor and police chief alleging violations of their due process rights. Gardner and Streeter are each charged with aggravated assault for using their Tasers on the couple, arrest warrants say.

Willie Sauls is charged with aggravated assault for pointing a Taser at Pilgrim and with criminal damage for repeatedly hitting and damaging the drivers side window of the car, according to warrants.

Roland Claud is charged with criminal damage for breaking the cars window, a warrant says.

All of the charged officers are black except for Claud, whos white. Atlanta Police Department sworn personnel is about 61% black, according to 2019 numbers provided by the department.

Funding is to be put aside for more staff to help Scotland's schools work towards reopening on 11 August.
Read more

After launching the cheapest pop-up camera phone, Inifinix has announced a new smartphone series in India, the Hot 9.
Read more

Trump argues Sanders gave up in primaries ‘too easy’

Harvey Weinstein was told to stop using his cell...

Harvey Weinstein's defense attorneys filed a letter Wednesday asking the judge in his sexual assault trial in New York to step aside after the way he admonished the disgraced film producer for using a cell phone in court.
Read more

He says domestic workers laid of during the Covid-19 pandemic should continue to receive pay.
Read more

Among those was an elected official in the Netherlands.
Read more

Romney says he tested negative for coronavirus, will remain...

Sen. Mitt Romney (R-Utah) said Tuesday that he has tested negative for the coronavirus but will remain in quarantine for the remainder of the 14-day period.
Read more

Dr. Jim Denison: We Are All One In Christ...

One of the hardest lessons in the Bible we face is the reality that we are all sinners and "fall short of the glory of God." Intellectually we get it; praise it, and preach it. But if we all know it's true, then why is there a Black Lives Matter movement? Why…
Read more

Dr. Deborah Birx, the White House coronavirus response coordinator, is recommending the use of face shields along with masks to protect against COVID-19 infection.Face shields...
Read more

Abbas says PA no longer to abide by accords...

Palestinian President Mahmoud Abbas says the Palestinian Authority will no longer be committed to any signed agreements with Israel or the United States, following Israel’s pledge to annex large parts of the occupied West Bank
Read more

Trump escalates funding fight with WHO

President Trump is threatening to permanently cut funding for the World Health Organization (WHO) within 30 days unless the organization commits to reform, substantially escalating a battle with the global health body amid the novel coronavirus pandemic.
Read more

Most Americans Believe Undocumented Immigrants Should Get Medical Care...

Trump says he ‘absolutely’ would support Colin Kaepernick getting...

President Trump lent some support Wednesday to former NFL quarterback Colin Kaepernick, saying he would "love to see him get another shot" if he still has the skills to play in the league.
Read more

Ice Cube called on Hollywood studios to implement a form of reparations to help make up for years of mistreatment of Black artists in the entertainment industry.
Read more

What We Know About George Floyd’s Death So Far

Thermometers in hand, Dubai opens for tourists amid pandemic

A pair of cafeterias regularly used by White House staff members were reportedly closed this week after an employee tested positive for COVID-19, the disease caused by the novel coronavirus.An anonymous Trump admin...
Read more

California court rules Amazon is liable for injuries from...

Amazon can be held liable like other traditional retailers for injuries from defective products sold via its sprawling e-commerce marketplace, a California stat
Read more

What has Brazil’s coronavirus response been like so far? Newshour has spoken to an epidemiologist who until recently worked at the ministry of health and a former health minister. Also: the Afghan government has released hundreds of Taliban prisoners, and …
Read more

Authorities in Thailand say improved DNA testing has shed new light on the unsolved murder of a female Japanese tourist 13 years ago, suggesting a link to a male of East Asian heritage
Read more

Rep. Tulsi Gabbard (D-Hawaii) told Fox News on Thursday that former Secretary of State Hillary Clinton is taking her "life away" with her "Russian asset" remark."This is my life that we're talking about here," Gabb...
Read more

John Prine's widow on losing her husband to the coronavirus and tribute...