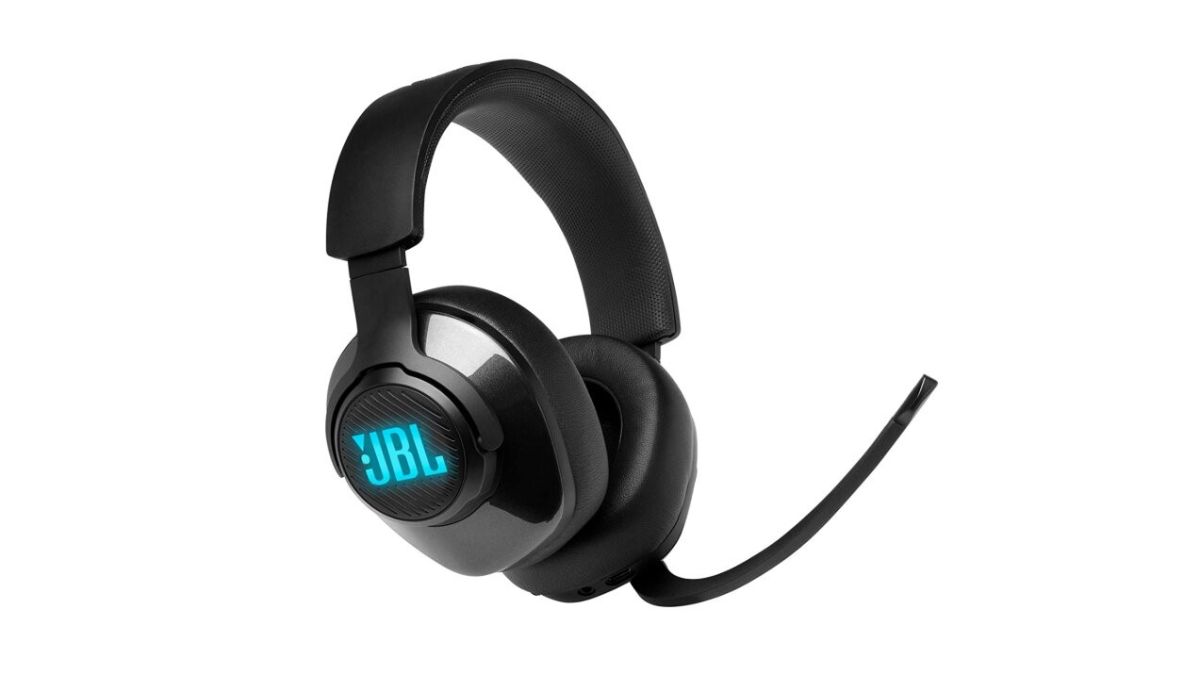 JBL, the popular audio accessories maker has announced its new range of gaming headsets in India called Quantum. This is also the companys first range of gaming-centric headphones for the market.

The company has unveiled seven new headphones under the JBL Quantum series running from wired to wireless headphones. The headphones selections include options for a casual listener to a professional gamer. Quantum One is the flagship product of the seven.

The new JBL Quantum series includes the following seven products – Quantum 100, Quantum 200, Quantum 300, Quantum 400, Quantum 600, Quantum 800, and Quantum One. All the headphones come with JBL sound signature and a microphone, which is capable of cancelling the echo.

The JBL Quantum 100 and 200 come are wired headsets within the over-the-ear type. They come with a 3.5mm audio jack. The Quantum 200 also comes with PC splitter. The Quantum 300 is a hybrid over the ear headphone with 3.5mm and USB audio adapter. You also get JBL Quantum engine PC software support with this model.

Lastly, the JBL Quantum 800 and One headphones come with Active noise cancellation technology. The former is a wireless headphone with an over-ear design and the latter one is a USB wired headset with over-ear style. The Quantum 800 comes with a 3.5mm jack, Bluetooth 5.0, and 2.4Ghz wireless connectivity and the Quantum One comes with a 3.5mm jack, USB Type C and A ports.

All headsets in the JBL Quantum Range have multi-platform capabilities for seamless connection to PC, Mac, Xbox, PlayStation, Nintendo Switch, mobile and VR.

The gaming headphones are available across  Amazon, Flipkart, JBL e-store, and offline stores.

Cruz slams Pelosi for “shoveling cash at the problem”

Cruz said on "Face the Nation" a coronavirus relief package pushed by House Democrats fails to focus on the global pandemic and economic hardship facing the country.
Read more

France’s most worrisome coronavirus hot spot is on the South American continent, in its former colony of French Guiana
Read more

What’s really behind the startling dip in U.S. unemployment?

Although the job market has likely touched bottom, how fast it breaks for the surface is anyone's guess.
Read more

This will be quarterback Ryan Fitzpatrick’s 15th NFL offseason, and normally he’d be taking part in offseason workouts at the Miami Dolphins' complex
Read more

Uber has cut 3,000 jobs from its workforce, its second major wave of layoffs in two weeks as the coronavirus slashed demand for rides
Read more

Lift the lockdown? Not so fast, warn fearful Italians

As Italy eases some lockdown measures on Tuesday, some shop owners and workers tell NBC News they’re anxious that the restrictions were being lifted too soon.
Read more

On the Outskirts of Town, Part 6

The trial takes a sharp turn when one witness takes the stand and it's a bombshell.
Read more

A year after India ended disputed Kashmir's semi-autonomous status and downgraded it to a federally governed territory, authorities have begun issuing residency and land ownership rights to outsiders for the first time in almost a century
Read more

Here are the Confederate statues in the Capitol

Mamamoo’s Hwasa Just Made Harry Styles’s Song Of The...

Michigan's governor declared a state of emergency in Midland County on Tuesday after two dams burst, endangering the town of 40,000 people.Gov. Gretchen Whitmer (D) said at a news conference Tuesday evening that do...
Read more

Unsolicited parcels of spiders and other things that don’t...

Welcome back to the workweek. Did you zone out staring at YouTube for a few hours? It's OK, I won't tell. Here's all the business news you might have missed while in your "meeting."
Read more

Rather than respond to the procedural nightmare Judge Sullivan has created, Flynn's lawyer is trying to go over his head.
Read more

US Marshals auctioning off Fyre Festival merchandise for Billy...

The U.S. Marshals are selling items from the infamous 2017 Fyre Festival organized by William "Billy" McFarland who was convicted of fraud over the event and sentenced to six years in prison....
Read more

Danny Kanell: It looks like Cam Newton is falling...

Former NFL Quarterback Danny Kanell joins Colin Cowherd for a conversation about Cam Newton, who's finally arrived in Boston, but isn't saying anything about preparations for joining the New England Patriots. Danny tells Colin this is a good sign for how Cam …
Read more

Dr. Anthony Fauci, the nation's top infectious disease expert and a member of the White House coronavirus task force, shot down theories that the virus was man-made or released accidentally from a Chinese lab in a new int...
Read more

Boy Scouts’ bankruptcy filing is “an admission of guilt,”...

Ralph Morse said his brother died of alcoholism "because of the abuse" from their Boy Scout leader.
Read more

YouTube has a bitcoin scam problem, too, lawsuit says

Twitter isn't the only social media platform to be targeted by scams involving the cryptocurrency.
Read more

A high school in Alabama is facing backlash after several of their cheerleaders posted a photo of themselves posing with a t-shirt bearing the Confederate flag inside of a heart on it with the words "I love Redneck Boys."
Read more

Conservatives clash with Cheney over support for Fauci, Massie...