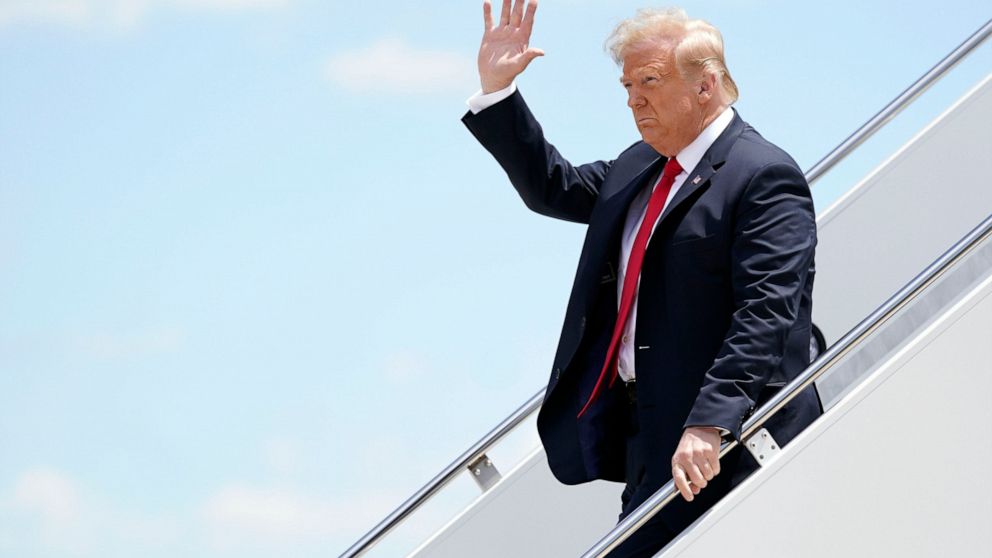 A New York City judge has dismissed a claim by Donald Trumps brother that sought to halt the publication of a tell-all book by the presidents niece.

In a ruling handed down on Thursday, Judge Peter Kelly said the Surrogates Court lacked jurisdiction in the case.

Mary Trump is the daughter of Fred Trump Jr., the presidents elder brother, who died in 1981. An online description of her book, Too Much and Never Enough: How My Family Created the Worlds Most Dangerous Man,” says it reveals a nightmare of traumas, destructive relationships, and a tragic combination of neglect and abuse.

The motion seeks an injunction to prevent Mary Trump and the books publisher, Simon & Schuster, from releasing it, as scheduled, in July.

Robert Trumps lawyers filed court papers earlier this week arguing that Mary Trump and others had signed a settlement agreement that would prohibit her from writing the book. The settlement decades ago included a confidentially clause explicitly saying they would not publish any account concerning the litigation or their relationship, unless they all agreed.

Welcome to Tuesday's Overnight Health Care.The U.S. is rapidly closing in on 2 million COVID-19 cases and almost 112,000 deaths. Cases are on the rise in new hot spots including Arizona and Texas...
Read more

The singer-songwriter has re-recorded his iconic 1970 album "Tea For the Tillerman," with the perspective that 50 years of living can bring
Read more

Man dies and another injured in two-car crash in...

The 47-year-old driver of an Audi A4 died after it collided with a Ford Fiesta on the A198 in East Lothian.
Read more

It has once again been rumored that the Galaxy S11 Plus will have a 108MP camera, but it might only take 12MP photos.
Read more

The president has targeted Twitter, Facebook, and other platforms, but has little actual power over how they operate.
Read more

Dendoncker winner pushes Wolves up to 5th in Premier...

Delta to warn over 2,500 pilots about potential furloughs

Delta Air Lines reportedly plans to warn over 2,500 of its pilots that furloughs could be coming, as the airline company struggles to regain its footing amid the coronavirus pandemic.While Delta and the labor union...
Read more

The US is about to reach 3 million coronavirus...

The coronavirus pandemic is ravaging parts of the country and affecting numerous aspects of American life.
Read more

The Memo: Scale of economic crisis sends shudders through...

New data released Thursday revealed the scale of the economic devastation wrought by the coronavirus crisis - and experts say there is no end in sight.More than 6.6 million new unemployment claims were filed during...
Read more

The coronavirus pandemic has become so disruptive that it's now expected to push tens of millions more people into financial ruin.
Read more

Ben Carson to read stories for children at home amid the coronavirus...