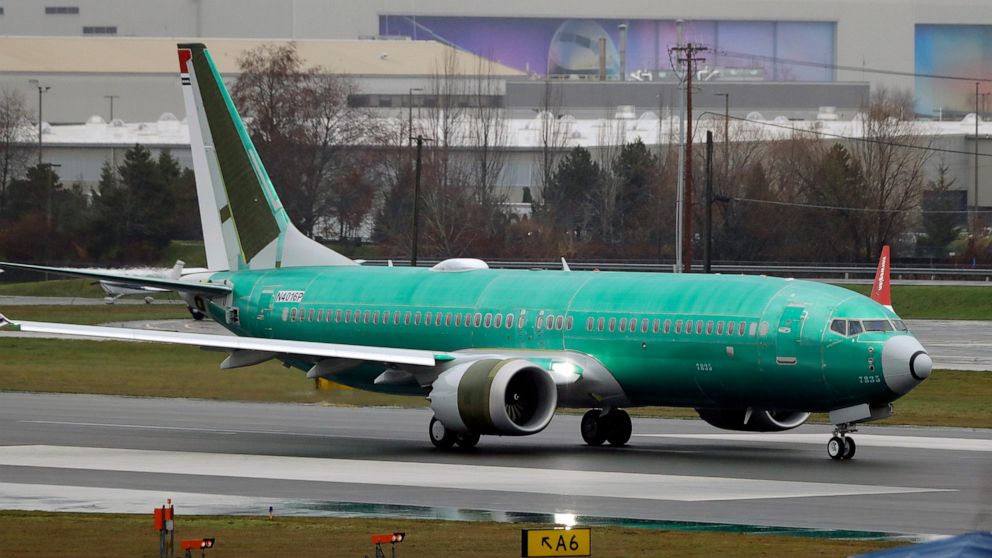 Norwegian said in a statement it had terminated the purchase agreements of five 787 Dreamliners and 92 737 MAX aircraft.

The Oslo-based company also said it had filed a legal claim seeking the return of payments made for the aircraft. It is also seeking compensation for losses it claims it incurred from the global grounding of the 737 Max planes as well as engine issues on the 787.

Talks with Boeing have not led to an agreement with a reasonable compensation, the carrier said in the statement.

The 737 MAX has been grounded around the world since March 12, 2019 following deadly crashes involving the plane model.

Norwegian Air meanwhile had technical issues with the Rolls Royce engines on the Dreamliner planes. The British company had discovered problems with its Trent 1000 engines, which power Boeings 787 Dreamliner aircraft.

Norwegian said the problems “affected reliability and resulted in premature and unplanned maintenance, which has disrupted the companys operations and caused further significant losses.

More than 50 residents of a Massachusetts nursing home have died from the novel coronavirus, the latest of a series of outbreaks in such facilities.In addition to the deaths, 117 residents and 42 staffers at the Co...
Read more

Hong Kong’s last British governor, Chris Patten, is urging protesters not to “lose faith” over what he describes as moves by Beijing to tighten its control over the semi-autonomous city
Read more

Coronavirus: NI economy ‘may suffer longer than rest of...

A report by a think tank calls on the executive to address structural weaknesses in the economy.
Read more

Tyson Foods said three of the employees worked at the company's chicken processing plant in Camilla, while the fourth person worked in a supporting job outside the plant.
Read more

How can businesses protect themselves against cybercrime?

Cybersecurity is not exclusive to one department. Organisations have to adopt a company-wide cyber-culture.
Read more

Top Rwandan genocide suspect wants to be tried in...

Jerry Sloan, the longtime Utah Jazz head coach who led the team to the NBA Finals twice and ranks third among NBA coaches on the all-time wins list, has died. He was 78.
Read more

Minnesota restaurant owner backs down from plan to reopen...

A Minnesota restaurant owner backed down from his plan to reopen after the state attorney general filed a lawsuit against him Sunday night. Kris Schiffler, who owns six Shady's Restaurants in cen...
Read more

Essential workers who have no other commuting options are the new target.
Read more

This Chicago Hospital Was Built After 9/11 With an...

By turning an ambulance bay into a forward triage area, the Rush University Medical Center can see an additional 100 patients a day just in the emergency department alone.
Read more

Biden says MLK assassination ‘did not have the worldwide...

Joe Biden on Thursday compared the death of George Floyd to the assassination of Martin Luther King Jr. in 1968, saying Floyd’s death had a bigger global "impact" than King’s.
Read more

How a South Korean Church Helped Spread the Coronavirus

The leader of an enigmatic church, accused by South Korean officials of spreading the coronavirus epidemic, apologized to the public. WSJ’s Dasl Yoon explains how the church’s secretive practices may have jeopardized containment efforts. Photo: Lee Moo Ryul/N…
Read more

Developer conferences like Build have moved online in order to address the changing needs of the global digital workforce.
Read more

The health crisis has increasingly become an economic one.
Read more

The Los Angeles Chargers considered Cam Newton, but instead,...

An F-22 fighter pilot ejected before his jet crashed Friday during a routine training mission in Florida, according to the Air Force.The aircraft -- which was based at Eglin Air Force Base in the state's panhandle...
Read more

Washington — which has the second-highest number of confirmed COVID-19 cases in the U.S. — is stepping up its testing efforts.
Read more

The body of Ryan Low, 32, was discovered in his home in Paisley on Monday morning.
Read more

Romina Ashrafi: Outrage in Iran over ‘honour killing’ of...

Romina Ashrafi, 14, was allegedly killed by her father after she ran away with her older boyfriend.
Read more

Will Whatsapp Pay launch in India be delayed?

Africa knows all about tearing down statues

Experts tell CBS News' Debora Patta why, for South Africa and other countries, tearing down statues is just the beginning of confronting a racist colonial past and charting a path forward for all.
Read more

The BBC newsreader says the disease has spread from his bowel to his lungs.
Read more