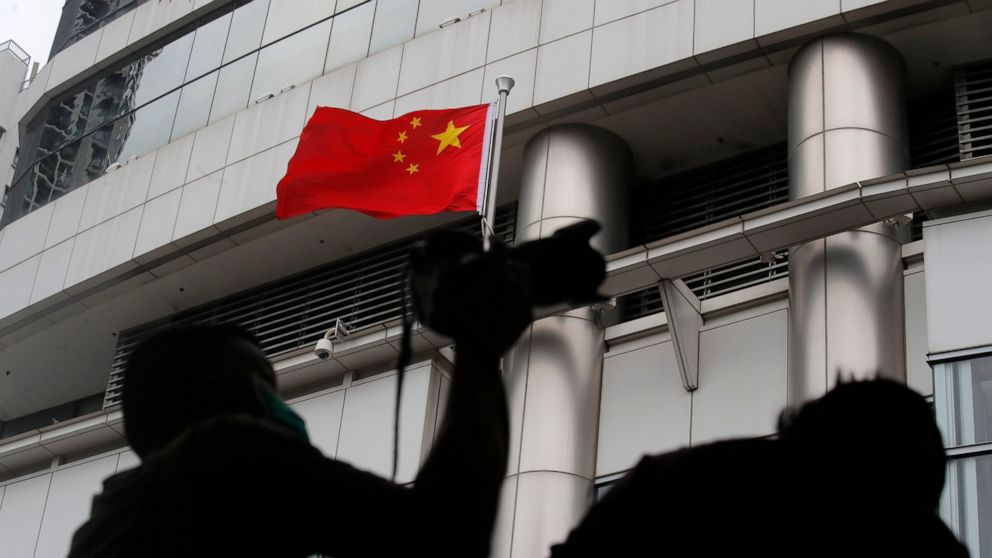 Australias prime minister says his country has suspended its extradition treaty with Hong Kong and extended visas for Hong Kong residents in response to Chinas imposition of a tough national security law on the semi-autonomous territory.

Prime Minister Scott Morrison on Thursday announced a range of visas that will be extended from two to five years and offers of pathways to permanent residency visas. It is not clear how many residents are expected to get the extensions.

Britain, too, is extending residency rights for up to 3 million Hong Kongers eligible for British National Overseas passports, allowing them to live and work in the U.K. for five years.

Canada has suspected its extradition treaty with Hong Kong and is looking at other options including migration.

Bernie Sanders Most Popular in New York State, But...

The Portland murder suspect who was fatally wounded during a confrontation with law enforcement earlier this month was struck several times in his upper body and head.
Read more

NBA cuts ties with Xinjiang region over its treatment...

China is under fire worldwide for its repression of ethnic Uighurs and other minorities, mostly Muslims, in Xinjiang.
Read more

Why Moderna’s COVID Vaccine Has a ‘Huge Advantage’ Over...

Pfizer-BioNTech and Moderna have both recently claimed that their COVID vaccines are more than 90 percent effective in preventing the disease.
Read more

The actor also criticized commentator Ben Shapiro in a response to his tweet warning about white supremacists.
Read more

Intel’s cooking up a new way to power PCs...

Not excited by power supplies? Well, perhaps you should be given this major move for an often underrated PC component.
Read more

FBI: Researcher being harbored at Chinese consulate in SF

Amber Heard: I loved Depp, but he could be...

The actress was "so in love" with Mr Depp and "always held out hope" he would get clean, a court hears.
Read more

Robert MacIntyre confident for US Open bow at Winged...

Robert MacIntyre feels he "can compete with anyone in the world" as he prepares for his first US Open.
Read more

Scottish Premiership: Does much change in last eight games?

BBC Scotland looks back at the past five Scottish Premiership seasons to establish if finishing those early would have altered the outcome.
Read more

She called police on him in Central Park. Hear...

Christian Cooper speaks with CNN's Don Lemon about the encounter he had with a white woman who called the police on him during an encounter involving her unleashed dog in Central Park.
Read more

Top breeders relying on generations of family experience can now sell their birds for prices unheard of merely a decade ago.
Read more

After six scoreless innings in Game 2 of the NL Wild Card round, Garrett Cooper blasted a home run in the 7th to break open the game. An RBI single by Magneuris Sierra drove home Lewis Brinson and the Miami Marlins took a permanent 2-0 lead over the Chicago C…
Read more

Scotland's Paul Craig will have his first bout of the year against Gadzhimurad Antigulov in UFC's Abu Dhabi 'Fight Island' event on 25 July.
Read more

The Ambulance Service say they were called to a two-vehicle collision outside Portglenone.
Read more

ICYMI: Top takeaways from this week’s “Face the Nation”

This week we sat down with National Security Adviser Robert O'Brien, former DHS Secretary Michael Chertoff and FDA Commissioner Dr. Scott Gottlieb for the latest on the battle against COVID-19.
Read more

Score the dependable Microsoft Surface Laptop 3 at a...

There are deals to be had on all configurations of the flexible, portable Microsoft Surface Laptop 3 at the Microsoft Store, just in time for school to come back in session.
Read more

It comes after "appalling scenes" of violence at another street party in London on Wednesday evening.
Read more

Greenland lost a record amount of ice during an extra warm 2019.
Read more

Pop music is getting faster (and happier)

Spurs ‘not in same league’ as other clubs in...

Jose Mourinho says Tottenham are not going to be "in the same world" as other Premier League clubs in this summer's transfer market.
Read more

"Decades of police reform efforts have not created equitable public safety in our community," reads the council's resolution.
Read more

Tesla is more valuable than Coca-Cola, Disney and ExxonMobil. Now, after four consecutive profitable quarters, the electric carmaker is eligible to join the S&P 500 index — a step that could turbocharge the index of America's top companies.
Read more

More than 100,000 people have signed a petition to rename the Edmund Pettus bridge after Georgia Rep. John Lewis, a Democrat and civil rights leader who participated in the 1965 march across the Selma bridge where h...
Read more

Chrome aims to sustain its lead as the top browser with a new overhaul to its UI and security features.
Read more

Pelosi to secure nomination to lead Dems amid narrow...

Some in the party have openly wondered if the California Democrat still plans to step down in two years.
Read more

Hand Sanitizers Made in Texas, 3 Other States Now...

Hand sanitizers made in these four states, plus China, have been added to the list of "do-not-use" hand sanitizers that is now at more than 150, the FDA says.
Read more

President Trump doubled down on his attacks against tiremaker Goodyear over its policies on political attire, saying Wednesday he's considering replacing the company's tires on the presidential car with a different brand....
Read more