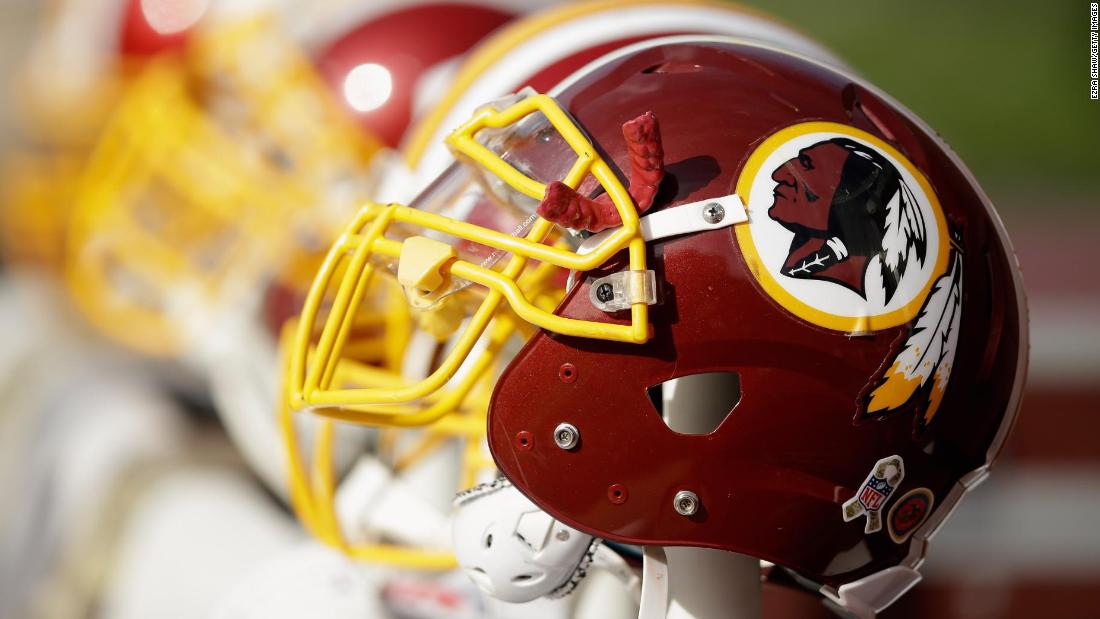 (CNN)The Washington NFL franchise announced on Monday that it would be changing its team name, but one man has already beaten them to the punch by trademarking a number of potential options.

However, he’s not some sort of trademark troll trying to make a quick buck. In fact, he’s the opposite.

Philip Martin McCauley, 61, told CNN that he’s been a fan of the franchise since the 1980s, and that quarterback Joe Theisman is his favorite player in franchise history. He says his goal is simply to get the team to change its name.

“I want them to change the name and am embarrassed if I did anything that slows that down,” McCauley tweeted on Tuesday. “I thought if I hoarded all the good names that would keep someone else who might be a pain in the neck from getting them.”

Despite holding trademarks for a number of potential team names, McCauley said that he offered them for free in writing on July 4. However, he said that he has not been contacted by the team or the NFL.

As for how much he has spent on all of the trademarks, McCauley simply said that it’s “less than someone would pay to go to home games for 6 years for tickets, parking and refreshments.”

While McCauley told CNN that his top choice for the new team name is the Washington Pandas, it’s highly unlikely the team would even consider it. McCauley can at least take some solace in knowing that the team has committed to changing its name, and he hopes that he’s not some sort of obstacle standing in the way.

‘Perry Mason’ gets a gritty new look on HBO,...

"This is not your grandma's Perry Mason" isn't much of a marketing pitch. A better description for this sort-of origin story, however, is "Chinatown" meets "Boardwalk Empire," in a slick, gritty period crime drama that's good enough to make an argument for wa…
Read more

As Covid-19 worsens the economic slump, Indians are returning to a trusted asset: gold.
Read more

Senate Republicans are set to start unveiling at least part of their forthcoming coronavirus relief proposal on Thursday.The package will not be one bill, but instead be broken up into several bills, according to S...
Read more

China launched its most ambitious Mars mission yet on Thursday in a bold attempt to join the United States in successfully landing a spacecraft on the red planet.
Read more

Seabird poop is worth millions, say scientists trying to...

Trying to raise awareness about the importance of seabird conservation, scientists set out to quantify their contributions by valuing their feces. As it turns out, failing to protect seabirds could cost nearly half a billion dollars annually.
Read more

Cyclone Amphan evacuations in India and Bangladesh complicated by...

Evacuation efforts in India and Bangladesh are being complicated by the coronavirus as relief teams grapple with the double disaster of getting millions to safety while also protecting them against Covid-19, as a powerful cyclone bears down.
Read more

A crowd of maskless protesters packed into a Utah County Commission meeting on Wednesday to speak out against a state requirement for students to wear masks when school returns. Dozens of demonst...
Read more

The jokes write themselves: The Jacksonville Jaguars are going to play home games in front of a significantly reduced number of fans this season.
Read more

Neighbors with hoses target fires as crews urge them...

Walt Disney World is scaling back operating hours at its theme parks after the company recently reported a significant drop in park revenue amid the novel coronavirus pandemic.According to ...
Read more

The Justice Department inspector general's office says a federal prison in California struggled to contain the spread of the coronavirus because of staff shortages, limited use of home confinement and ineffective screening
Read more

An abnormally large plume of dust from the Sahara Desert in Africa arrived in the Caribbean on Sunday after spending the past week crossing the Atlantic and is bound for the Gulf Coast.
Read more

California Senator Kamala Harris is cutting expenses and reshaping her presidential campaign, with the hopes of boosting her standing in Iowa ahead of February's caucus. CBS News political correspondent Ed O'Keefe spoke to CBSN's "Red & Blue" about the news.
Read more

Two aircraft collide in mid-air while fighting a Nevada...

GOP questions whether Trump will stick to new coronavirus...

President Trump is trying out a different strategy on the coronavirus as his poll numbers sink further and further behind presumptive Democratic presidential nominee Joe Biden, a fall many blame on dismal approval ratings...
Read more

A long-awaited report has found that the U.K. is a target of Russian cyberattacks. Now the government is battling criticism that it took its eye off the ball.
Read more

Jeremy Tardy, who appears in Netflix's "Dear White People," has announced that he's exiting the show, citing "racial discrimination" as the reason for the move.
Read more

Miami superintendent: ‘Conditions may be appropriate’ to reopen in...

A Miami school superintendent said Sunday that the "conditions may be appropriate" for schools to reopen in six weeks if social distancing is practiced effectively. Alberto Carvalho, the superintendent...
Read more

The decision, announced Monday, comes a year after the death of Layleen Xtravaganza Cubilette-Polanco, who died after having an epileptic seizure in her cell.
Read more

Jeff Flake: Republicans ‘should hold the same position’ on...

Former Sen. Jeff Flake (R-Ariz.) said Saturday that Republicans should "hold the same position" on filling a Supreme Court vacancy in an election year as they did in 2016.
Read more

CVS expects to have 1,000 testing locations that can conduct 1.5 million tests per month up and running by the end of May.
Read more