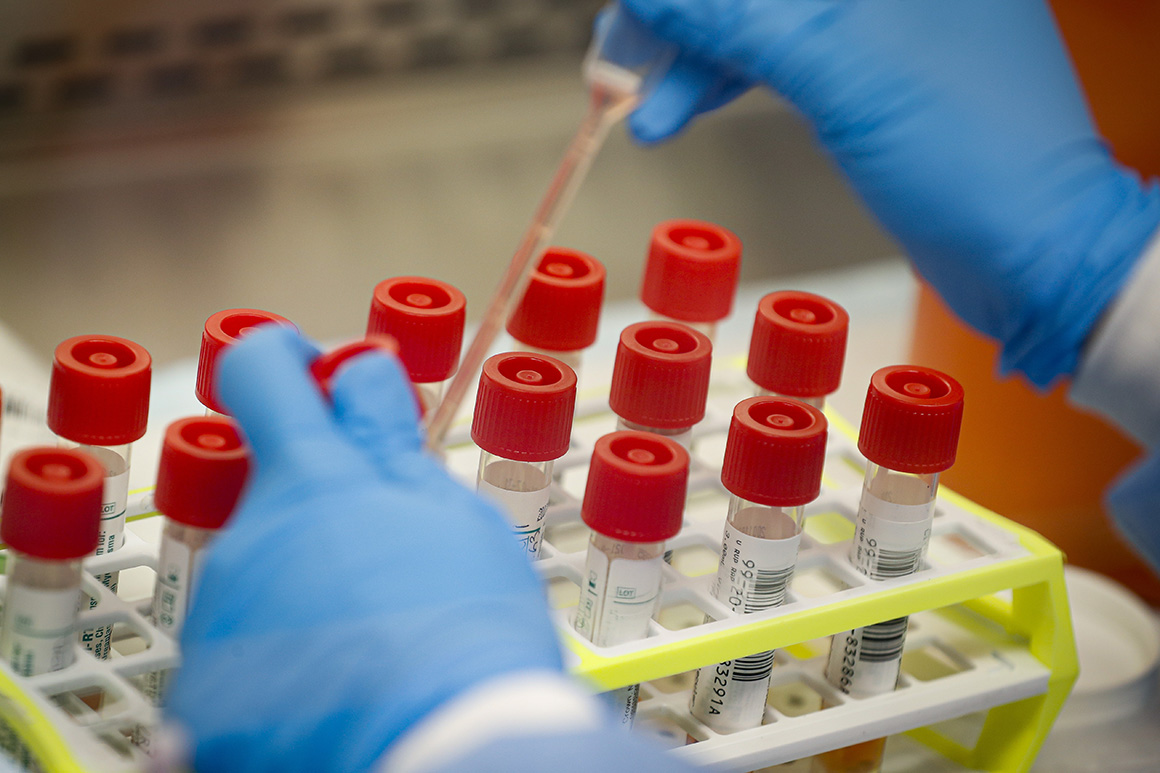 As coronavirus cases surged in recent weeks, President Donald Trump and his allies had been pointing to declining deaths as a hopeful sign the country was getting more adept at fighting the virus. But public health experts had steadily cautioned that progress could be reversed, since deaths are a lagging indicator of the pandemic’s trajectory.

After regularly downplaying the virus, Trump on Tuesday acknowledged that outbreaks will likely only intensify before the country can start containing the virus.

“Some areas of our country are doing very well, others are doing less well,” Trump said Tuesday evening during the return of his press conferences on the pandemic response, nearly three months after the regular briefing sessions ended. “It will probably, unfortunately, get worse before it gets better something I don’t like saying about things but that’s the way it is.”

The U.S. has been regularly logging over 60,000 new daily infections over the past week, and the country’s capacity to test for and trace the virus faces renewed strain. All told, the U.S. has reported more than 3.8 million cases and over 140,000 deaths. Modelers earlier this month projected the nationwide death toll is on track to surpass 200,000 by Election Day.

Infections have been ticking up in the vast majority of states, prompting some governors to reverse their opposition to statewide mask mandates and other officials to clamp down again on bars and other businesses.

Both caseloads and hospitalizations remain high in Arizona, California, Florida and Texas, the intensest hot spots for the virus. Those states are accounting for nearly 40 percent of new reported deaths, while deaths are on the rise in about half the states over the past two weeks, according to a tracker maintained by The New York Times.

Parts of the presidential battleground states of Minnesota, Wisconsin, Michigan, Pennsylvania and Ohio fell short of delivery goals by wide margins as the agency struggles to regain its footing after a tumultuous summer.
Read more

Feds take over defense in libel suit against Trump

The DOJ’s action in the lawsuit filed by E. Jean Carroll could shut down the case.
Read more

Critical US infrastructure ‘can be hacked by anyone’

Exposed Industrial Control Systems could allow hackers to seize control of public and private infrastructure in the US.
Read more

Rickie Fowler, Jon Rahm & Tiger Woods shine on day two of the Masters - watch the best shots of the second round at Augusta.
Read more

Fauci says ‘I’m not against’ mask mandates, but doesn’t...

Anthony Fauci said Wednesday he wants everyone to wear a mask, but doesn't think mandating it would be successful, because it would be too difficult to enforce.In an interview with Andrea Mitchell on M...
Read more

‘We’ve Worked On Ourselves’: Jenna And Zach Reveal How...

Jenna and Zach fought while she was competing on 'Total Madness' -- so where does the 'Challenge' couple stand today?
Read more

Police and National Guard troops used tear gas and flash-bang explosives to push back a crowd peacefully protesting outside the White House Monday, so that President Trump could pay a quick visit to the historic St. John's Church. His photo-op prompted critic…
Read more

Katy Perry Fans Think Her New Song Is a...

After a years-long feud between the pop giants, fans think that Perry and Swift will join forces on a new song called "Daisies."
Read more

Review: A night gone very wrong in ‘The Lovebirds’

In the new Netflix comedy “The Lovebirds,” Kumail Nanjiani and Issa Rae play a couple of young professionals whose plan to go to a friend's dinner party gets derailed when they accidentally hit a biker who then ends up dead
Read more

“He embodied the values of aloha and malama that we hold dear.”
Read more

Rep. Doug Collins, R-Ga., discussed the coronavirus outbreak with the "Fox News Rundown" podcast Friday, saying Americans have culturally been reluctant to accept the shutdown as opposed to other countries showing progress, adding that the American death rate…
Read more

In addition to safety measures, some unions are pressing for police-free schools, canceling rents and mortgages, and bans on new charter programs and standardized testing.
Read more

An investigation spurred by the death of a 23-year-old Black man in suburban Denver after police stopped him last year will be led by a former U.S. Justice Department lawyer
Read more

Houston Rockets forward Bruno Caboclo will not engage in any team activities for the next eight days after he accidentally broke quarantine.
Read more

Biden will heed the CDC on reopening schools, his...

Jill Biden, a longtime educator, said her husband would defer to scientists on safe plans to reopen schools.
Read more

When Will Election Results Come In? Official Winner Could...

While some states were called for one candidate or another, without results from key battleground states, an official winner can't be declared.
Read more

Senate Republicans say some of their colleagues are already starting to jockey for the GOP presidential nomination in 2024.GOP lawmakers say those considered most likely to run for president in 2024 made their pres...
Read more

Trump brags about performance on cognitive test for second...

President Trump on Wednesday, for the second time in a week, boasted about his performance on a cognitive test, bragging at length about his ability to recall five words in order.Trump, in an interview intended to...
Read more

Mr. Trump attacked Joe Biden's son, Hunter Biden, in one of the most contentious exchanges of the first presidential debate.
Read more

Halo Infinite returns to the series’ roots and Master...

How Woodward’s book could impact the presidential election

"These revelations bring the pandemic and all of its complications, all of its disruptions right back front and center," CBS News' Major Garrett said.
Read more

A Toronto police officer received public backlash Tuesday after he was spotted wearing a “Punisher” patch on his uniform during a press conference.
Read more

LeBron James says he would have wanted to team...

In typical LeBron James fashion, the King has been envisioning playing with Michael Jordan during the airing of 'The Last Dance,' not against him.
Read more

The legislation has no shot in the Republican-controlled Senate and President Donald Trump has already threatened to veto it.
Read more

Senate Republicans: No reason for Biden to 'sound the alarm' on Russia