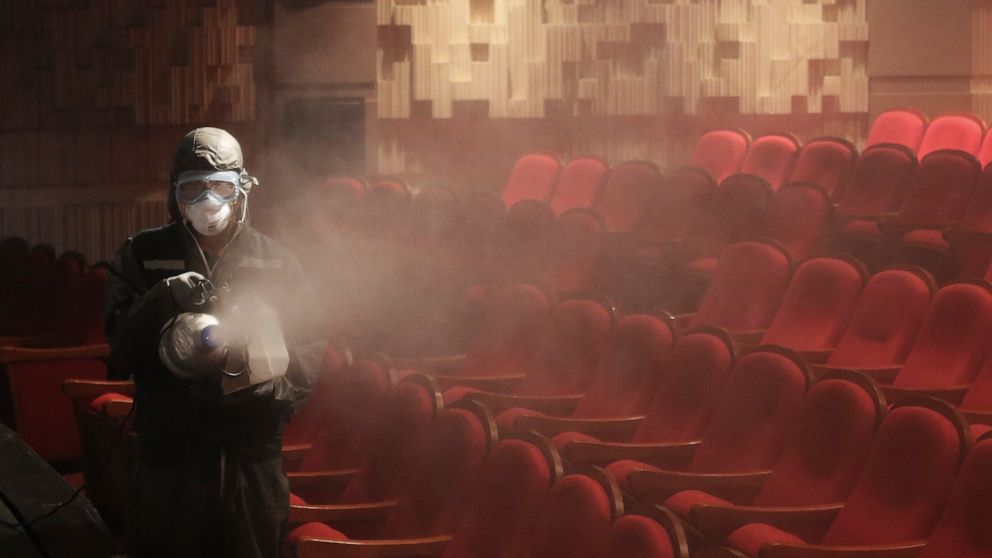 Andrews said a lockdown in Australias second-largest city Melbourne, which began two weeks ago, was having an impact.

Youd like to see numbers coming down. At the end of the day though, were not seeing the doubling and doubling again of cases, Andrews said. So what that says to me … is that the sorts of measures weve put in place are having a direct impact.

Were still very much in the hard part of this fight, as you can see from the daily case numbers and Im not expecting that to change a lot in the short term, Morrison said. And we just need to keep working the problem.

Tighter regulations will come into force on the Victoria-New South Wales border on Wednesday that will only allow border communities to cross for essential work, health and education reasons.

Face masks will become compulsory from Thursday for residents in lockdown regions when they leave their homes.

In other developments in the Asia-Pacific region:

Numbers of new cases in Chinas latest coronavirus outbreak fell on Tuesday, with just eight reported in the northwestern region of Xinjiang. Another three cases were brought from outside the country, according to the National Health Commission, bringing Chinas total to 83,693 with 4,634 deaths. Xinjiang cases have been concentrated in the regional capital and largest city of Urumqi, where around 50 people and possibly more have been infected. China responded swiftly to the Xinjiang outbreak by reducing subway, bus and taxi service in Urumqi, closing some communities, imposing travel restrictions and ordering widespread testing. Elsewhere in China, containment measures continue to be relaxed while mask wearing, temperature taking and social distancing remain the norm. Movie theaters reopened in many cities on Monday and Beijing has downgraded its emergency response level after seeing no new cases of local infection for two weeks. Conferences, exhibitions, sports events, performances and cinemas in the capital are expected to reopen gradually after passing risk appraisals.

South Koreas new virus cases have bounced back to above 40, a day after it reported its smallest daily jump in local COVID-19 transmissions in two months. The Korea Centers for Disease Control and Prevention reported 45 new cases Tuesday, bringing the country’s total to 13,816 with 296 deaths. The agency says 20 of the newly recorded cases were locally infected patients while the rest 25 were associated with international arrivals. Two-week quarantines are enforced on all travelers arriving from abroad in an attempt to contain the spread of the virus.

Bill Hemmer: Coronavirus impact may be bigger than 9/11,...

Fox News' Bill Hemmer told the "Fox News Rundown" podcast Wednesday that the economic impact of the coronavirus pandemic may be a bigger story than any of the cataclysmic events that have shaped the nation and the world over the past two decades.
Read more

Lauer says Ronan Farrow’s work on him was shoddy...

Former “Today” anchor Matt Lauer has accused Pulitzer Prize-winning author Ronan Farrow of failing to corroborate charges that were made against him in the 2019 book “Catch and Kill.”
Read more

Virus Can last a few days on surfaces…

How will Biden do debating Trump? We asked those...

Seattle opts for experience over projects in draft class

President Trump on Thursday responded to Speaker Nancy Pelosi (D-Calif.) bringing up the 25th Amendment, saying that she "should be under investigation." Pelosi ...
Read more

The Huawei P40 range is almost here but we might already know everything about the phones.
Read more

Airlines to shed tens of thousands of workers as...

American will have 40,000 fewer employers than it did before virus hit; Delta to furlough 1,941 pilots in October.
Read more

Rafael Nadal bows out of US Open citing pandemic...

Rafel Nadal won’t be defending his title in the U.S. Open, announcing Tuesday that he will skip out on the Grand Slam tournament because of the coronavirus pandemic.
Read more

Animal Crossing: Pocket Camp is full of fun activities and items to collect, and with our guide, we’ll help you make the most of your campsite.
Read more

Senate Minority Leader Chuck Schumer on Wednesday failed to pass a resolution by unanimous consent that called for the Centers for Disease Control and Prevention to immediately release its guidance on reopening the economy.
Read more

Trump, Democrats both hold fears about US Postal Service,...

The U.S. Postal Service is under intense partisan scrutiny from both President Trump and Democratic lawmakers, who are warning the agency is ill-equipped to handle the tens of millions of mailed-in ballots expected to be...
Read more

The Florida Republican spent thousands of dollars on a speechwriting consultant, and the construction of a private studio.
Read more

The best beard trimmers of 2020

If your beard has grown to Santa Claus-, Gandalf- or even Dumbledore-esque lengths recently, its high time for a trim. And for that,...
Read more

The latest Apple Watch deals from Amazon offer the lowest ever sale price on a Series 5 - just $299.
Read more

Latest on 2020 election and SCOTUS battle

As the US election draws near, the race between President Donald Trump and former vice president Joe Biden heats up. Here's the latest news around campaigns, SCOTUS vacancy, voting, and more.
Read more

Court strikes down Trump’s order to exclude undocumented from...

Top Rwandan genocide suspect wants to be tried in...

A House Democrat has introduced a bill that would ban presidents or other federal officials from using nuclear bombs in an attempt to alter weather patterns.Rep. Sylvia Garcia (D-Texas) ...
Read more