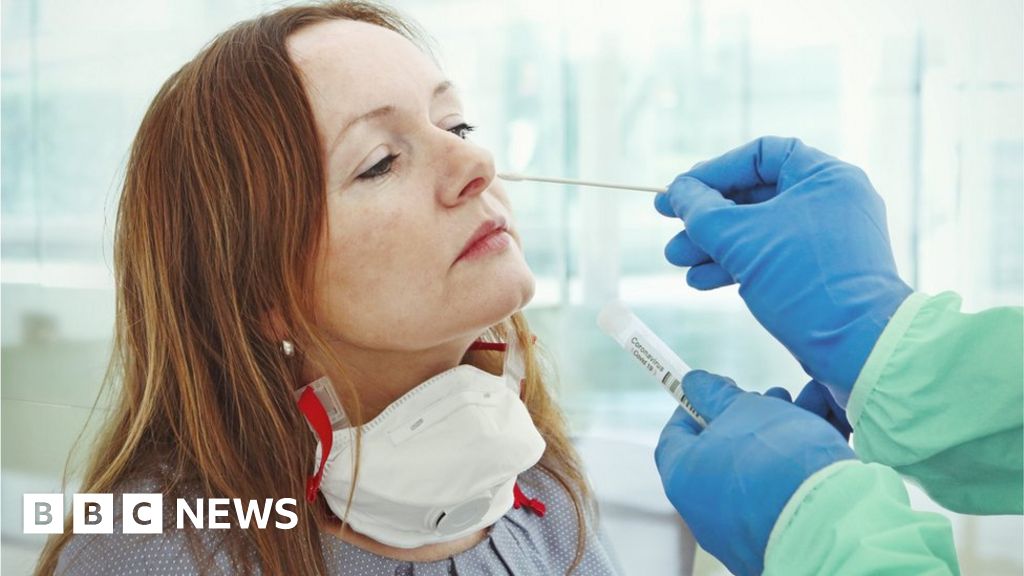 A network of coronavirus-testing walk-in centres is to be set up across England in an attempt to persuade more people to come forward for testing.

Several hundred walk-in units will be up and running by the end of October, in time for winter, when there is concern cases could start to rise.

They will complement the existing drive-through centres, mobile testing units and home-ordering service.

It comes amid concern people are still not coming forward for testing.

The government’s weekly random test of 30,000 people, run by the Office for National Statistics, suggests there are about 1,700 new infections a day.

But the testing service is picking up only about a third of those.

Some of that will be because people are not showing symptoms when they are infected.

But NHS Test and Trace head Baroness Harding said it was important people came forward even if they had just mild symptoms as its was the “most important lever” in keeping the virus at bay.

“NHS Test and Trace relies on everyone playing their part,” she said.

“We all need to get a test if we have symptoms, share details of our contacts if we test positive and self-isolate when asked to do so.”

Even among those who have tested positive, however, national NHS Test and Trace contact tracers have failed to reach 45% of the close contacts of infected people.

The local teams – drawn from councils and regional public health staff – reach over 98%.

But this is because they tend to focus on cases involving institutions, such as prisons, care homes and workplaces.

Baroness Harding said no-one in urban areas should be further than a 30-minute walk away from one of the new walk-in centres, which have been piloted in a handful of places over recent weeks.

And the capacity to process tests is also being increased, with a new mega-lab opening in Newport, Gwent.

The ambition is that by the end of October 500,000 tests a day will be able to be processed.

When cities are at war, law and order disappear.
Read more

Endangered Brazilian monkeys get a bridge to themselves

An overpass that juts from a forest over a four-lane highway in a rural area outside Rio de Janeiro is meant for a very special sort of pedestrian: golden lion tamarins, small orange primates that for decades have been at risk of extinction
Read more

PS5 visuals get a closer look in these stunning...

Check out these four new screenshots of car combat game Destruction AllStars, which is exclusive to PS5.
Read more

US pilot jailed in Singapore for breaking quarantine order

Denmark to Allow Lovers to Visit Each Other From...

Amazon founder and CEO Jeff Bezos will point to what he calls a "strikingly large" global retail market and the hundreds of thousands of jobs the e-commerce giant has created over the decades in his opening rem...
Read more

And some signs that the U.S. economy is creeping back to life.
Read more

President Donald Trump sometimes receives multiple coronavirus tests in a day, the White House said Tuesday, explaining his continued reluctance to wear a mask in public even as he begins to encourage his supporters to do so.
Read more

Three out of four Americans favor requiring people to wear face coverings while outside their homes to help slow the spread of the coronavirus, including a solid majority of Republicans
Read more

Russia's lead envoy in crucial nuclear talks has told NBC News that the Kremlin does not currently believe the U.S. will extend an arms reduction treaty.
Read more

Fed notes what most Americans see: A sharp economic...

The Federal Reserve is noting what most Americans are already acutely aware of: Economic activity contracted sharply and abruptly cross all regions of the country in recent weeks as the country locked down to combat the coronavirus pandemic
Read more

The controversy involves Pompeo's decision to use his emergency authorities to approve the sale of military equipment worth $8 billion.
Read more

The former Atlanta police officer who shot and killed Rayshard Brooks on Friday night has been charged with murder and aggravated assault, along with other charges. Mark Strassmann reports.
Read more

The new FX series “Devs” might be set in the world of high tech, but its creator is politely asking you to put yours down while checking it out
Read more