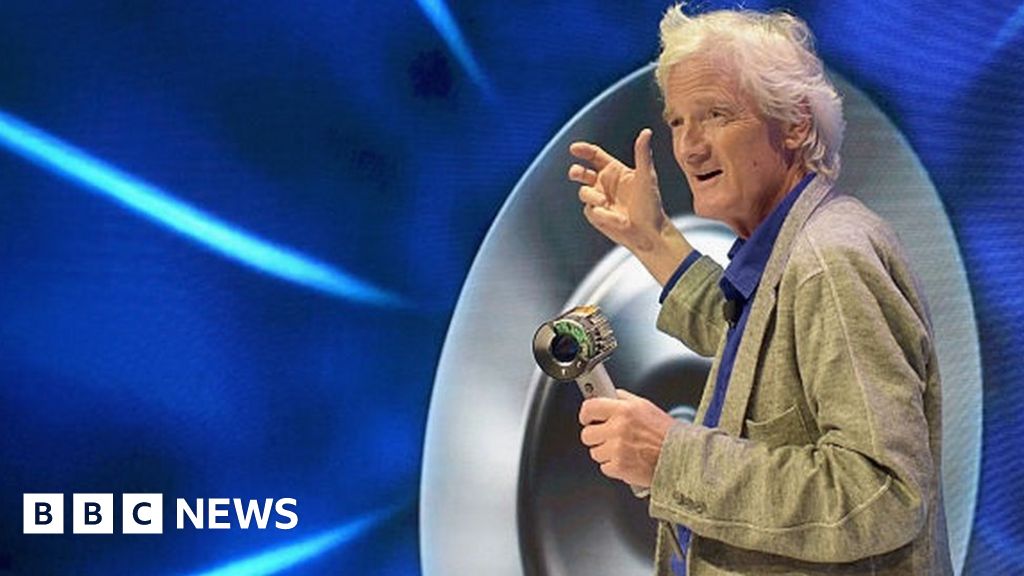 Dyson is cutting 600 jobs in the UK and a further 300 worldwide as the coronavirus impact speeds up the company’s restructuring plans.

The firm, best known for the invention of the bag-less vacuum cleaner, said the pandemic was changing consumer habits as more people shopped online.

Dyson was founded by inventor Sir James Dyson, who in May topped the Sunday Times Rich List.

Most of the jobs will be lost in retail and customer service roles.

A Dyson spokesman said: “The Covid-19 crisis has accelerated changes in consumer behaviour and therefore requires changes in how we engage with our customers and how we sell our products.”

Most Dyson products are designed in the UK but manufactured in Asia.

Earlier this year the company joined the fight to produce medical ventilators for the NHS, amid fears it would be overwhelmed by coronavirus.

In March the government ordered 10,000 ventilators from the company, although Sir James later told employees these were no longer needed.

The company also tried to diversify into making electric cars.

But last year, the it said that although its engineers in the UK had developed a “fantastic electric car”, it would not hit the roads because it was not “commercially viable”.

The government has earmarked billions to help farmers. There...

On Tuesday, the government unveiled a $19 billion aid program for farmers called the Coronavirus Food Assistance Program. There will be winners and losers.
Read more

Which threads should advance to the championship of the ultimate Wisconsin jersey tournament? You decide.
Read more

After the initial party, Houseparty to introduce local content...

Houseparty app has experienced a spike in the usage during the lockdown in India. The company now sees India as a potential market and details its plans around localised content.
Read more

Alabama bill would undo ban on yoga in schools...

A proposed House bill in Alabama would undo a 1993 ban on yoga i...
Read more

Your PS5 might be able to tell you how...

A new patent shows a virtual assistant that can give hints and can tell you how long it will take to beat a game.
Read more

Staff at Fox Trails Assisted Living in Stephens City, Virginia, came up with the idea of using sterilized suits to allow family members to hug each other but avoid spreading coronavirus.
Read more

Beijing tightened its grip on the disputed area by ordering an administrative reorganization of the region's territories last week.
Read more

Ivan Rakitic scores the only goal as Barcelona beat Athletic Bilbao to move back to the top of La Liga.
Read more

Get the Jabra 65t Elite earbuds for just $20 when you buy a select Chromebook at Best Buy's back to school sale.
Read more

Zoom has partnered with third-party hardware manufacturers to launch Zoom Hardware as a Service.
Read more

A federal judge did not approve a $19 million settlement to Harvey Weinstein victims, siding with some victims who argued the payout was too small.
Read more

As Japan battles a surge in coronavirus cases, some areas may be running out of isolation facilities to monitor infected people
Read more

Save big on SIM-free Google Pixel 4 and 4 XL deals with this major cashback offer.
Read more

Joe Pavelski, Jamie Oleksiak and Corey Perry scored for Dallas in the game, and Bishop had 28 saves.
Read more

Wayne Rooney will be "relishing" the chance to come up against Manchester United once again and will go on to coach for years to come, says Michael Carrick.
Read more

Flash bangs amid protests near White House heard in...

Flash bangs could be heard from the Rose Garden Monday as law enforcement officials fired tear gas at demonstrators while President Trump delivered remarks on his response to nationwide protests and violence in the wake o...
Read more

Trump administration wants to open up 82 percent of...

The Trump administration wants to open up 82 percent of an Alaska reserve for oil and gas leasing, it announced on Thursday.The Bureau of Land Management (BLM) unveiled its ...
Read more

President Trump says he is taking the anti-malaria drug hydroxychloroquine to prevent himself from getting COVID-19. The drug is unproven as a treatment for the virus and the FDA has warned it could have dangerous side effects. CBS News medical contributor Dr…
Read more

Senate Minority Leader Charles Schumer (D-N.Y.) on Tuesday seized on Republicans' divisions over a payroll tax cut, as lawmakers and the White House start negotiations over the next coronavirus relief package.In a...
Read more

'I have met a lot of people who are like family'