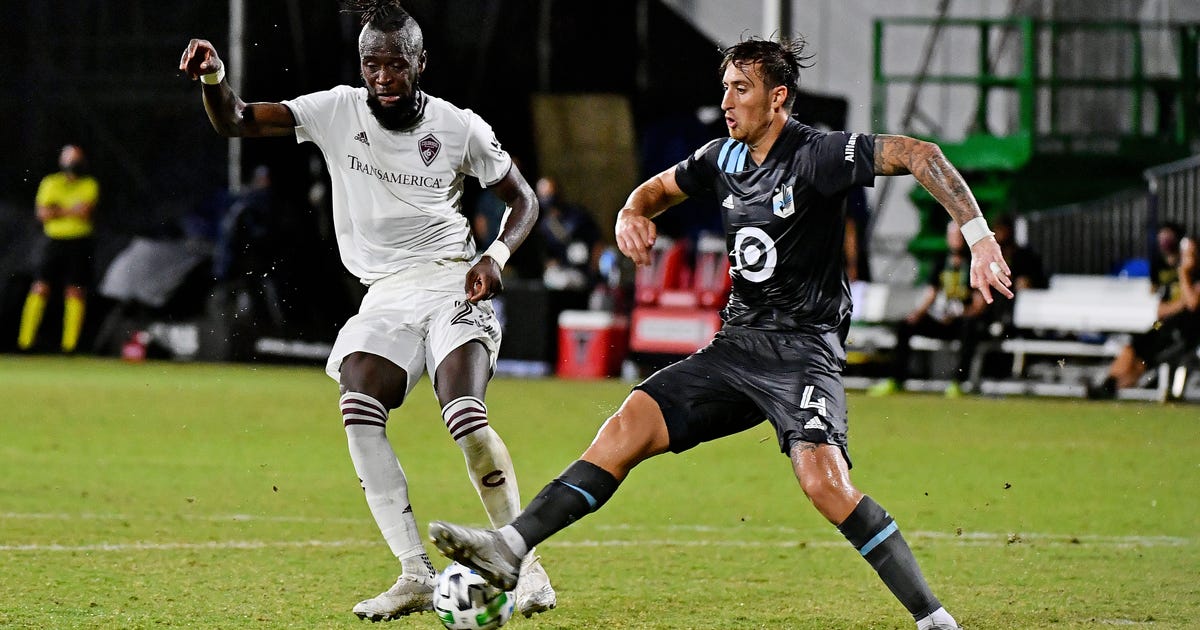 Minnesota United is moving on to the knockout round of the MLS is Back tournament after playing to a 2-2 draw against the Colorado Rapids.

Minnesota had one win and two draws in the first round, which was good enough for five points in the table and a second-place finish out of Group D.

The Loons will play Columbus Crew SC on July 28 at 7 p.m. in the first game of the knockout round.

In Wednesday’s match against Colorado, Ethan Finlay scored both goals for Minnesota in the 36th and 43rd minutes. He was assisted by Jan Gregus on both those goals.

The Rapids got a goal from Kei Kamara in the 19th minute and another score from Jonathan Lewis in the 59th minute.

Most Americans Believe Undocumented Immigrants Should Get Medical Care...

Nvidia chose AMD over Intel for its most powerful...

Intel’s Xeon is out of the picture, representing a major win for AMD and EPYC.
Read more

Politicians pay lip service to the Constitution. Snowden put his life on the line to defend the Fourth Amendment and the right to privacy for every American. The least we can do is offer him a fair trial.
Read more

There were 158 damaging storm reports from Florida to Wyoming yesterday, including seven reported tornadoes in Wisconsin and Illinois with some minor damage reported.
Read more

Manchester United striker Marcus Rashford has written an emotional open letter to Members of Parliament in the UK, asking them to do more to stop child hunger.
Read more

An abnormally large plume of dust from the Sahara Desert in Africa arrived in the Caribbean on Sunday after spending the past week crossing the Atlantic and is bound for the Gulf Coast.
Read more

Bringing America Back: The state of airport testing and...

It would take more than coronavirus testing to get people flying again, experts say.
Read more

Democratic officials in Orange County, Calif., are calling for John Wayne Airport to be renamed amid resurfacing racial comments the late Western movie star made decades ago....
Read more

Prince Harry and Meghan: Then and Now (Part 1)

The body of Ryan Low, 32, was discovered in his home in Paisley on Monday morning.
Read more

People expect a steady crowd hum or murmur when they watch live sports. Late-night shows have no similar constant buzz; audiences are often silently attentive, so it's not disconcerting to watch them now.
Read more

Apple Fire in California was sparked by vehicle malfunction,...

A wildfire that's burning in the mountains east of Los Angeles and forced thousands of people from their homes was sparked by a malfunctioning vehicle, officials revealed on Monday.
Read more

Nokia is the second manufacturing company after Oppo in recent weeks to open up its plant and quickly shut down due to workers testing positive for Covid-19.
Read more

Cuomo slams McConnell: States declaring bankruptcy is ‘one of...

The long-awaited Forerunner 955 might launch on September 9, with the Index 2 smart scale arriving in time for Christmas.
Read more

The company behind Ann Taylor and Lane Bryant filed for bankruptcy Thursday and said it will close some stores under the umbrella of the Ascena Retail Group company. Ascena said it filed for Chapter 11 bankruptcy, citing the COVID-19 pandemic...
Read more

13 sisters at Michigan convent die from the coronavirus

A dozen Felician sisters at a convent in Michigan died from the coronavirus in a single month, and a 13th sister died six weeks later, according to their order.
Read more

Blood test identifies which coronavirus patients may be helped...

A simple blood test may identify which coronavirus patients may be helped by steroid treatments and which ones may actually be harmed by using them in the initial treatment of the disease.
Read more

‘Now it is your turn’: John Lewis issues call...

The Georgia Democrat reflected upon his own calling to join the civil rights movement following the lynching of Emmett Till.
Read more

WNBA Commissioner Cathy Engelbert believes the measures that the league has taken to ensure the players are safe as they work toward their season have been effective.
Read more

Doctors are warning about the mysterious and dangerous problem of blood clotting among some coronavirus patients. CBS News senior medical correspondent Dr. Tara Narula explores the new symptom and a potential new treatment that can help.
Read more

Nokia to launch an Android TV Box via Flipkart in India