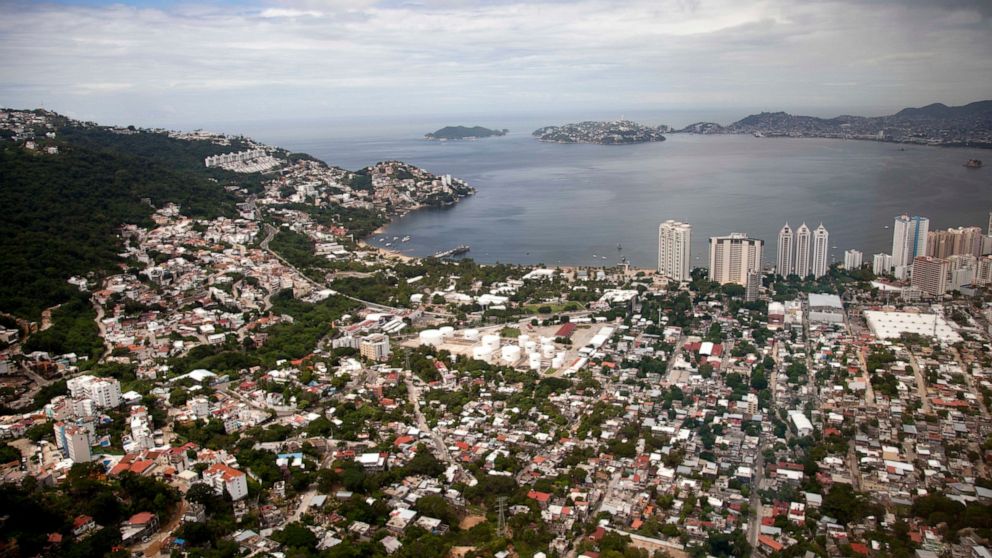 It has been a bad week for Mexican tourism promotion, and it got worse Friday when the English language version of the countrys tourism website appeared with hilarious mis-translations.

Entire states like Hidalgo and Guerrero apparently got machine translated as Noble and Warrior.

Worse for the VisitMexico.com site, there was systematic and inexplicable re-invention of the names of some fairly well-known tourist towns. The Caribbean resort of Tulum somehow became Jumpsuit. The nearby lagoon of Bacalar, on the Caribbean coast, was switched to the Gulf coast state of Tabasco.

The snafu came one day after the U.S. State Department cited the high number of COVID-19 cases in Mexico for issuing a do not travel advisory for the country, its highest level of warning. Hours earlier, the resort of Acapulco was forced to pull anything goes tourism ads that showed people partying without masks and the words there are no rules.

But the problems at VisitMexico.com drew howls of hilarity and anger. The Pacific coast resort of Puerto Escondido became Hidden Port, a literal translation, and the northern city of Torreon became Turret, which is kind of close.

Some name changes were just inexplicable and appeared to have as much to do with invention as simple translation. The central Mexican town of Aculco somehow became I Blame, and the northern Gulf coast city of Ciudad Madero became Log.

Mexico’s Tourism Department issued a statement apologizing for the apparently out-sourced errors, but then made it sound like something sinister had been involved.

The Tourism Department expresses its most sincere apologies to the public and users for the effects that have occurred on the website VisitMexico, the statement said. Moreover, we make it known that these acts aim to damage the image of the website and the department, and so therefore a criminal complaint has been filed and appropriate legal actions will be taken against those responsible.

The department did not explain that claim, but local media reported the dispute might involve a web services supplier angry about not being paid.

On Thursday, officials took down a pair of Acapulco video ads touting the faded resorts reputation as a nightclubbing spot despite the fact nightclubs are currently closed to enforce social distancing. They said the ads werent appropriate during the coronavirus pandemic.

We have stopped being a postcard from the past, today we have changed the rules, says a narration in one of the videos. In fact, there are no rules, says another voice, as people can be seen eating bizarre meals and going out to night clubs. Eat whatever you want, have fun day and night and into the early morning hours … find new friends and new loves.

The government wants a “local approach where we take decisive action” if there is a spike in virus cases, says the communities secretary
Read more

Burmeister, who coached UTSA to NCAA tourney, dies at...

Ken Burmeister, a college basketball coach for 21 seasons who took Texas-San Antonio to the NCAA Tournament and later guided Loyola of Chicago, died Tuesday. He was 72.
Read more

The states with the highest numbers of COVID-19 cases in the U.S.—New York, New Jersey and Michigan—are among those including exemptions for religious services in their stay-at-home orders.
Read more

Most people in England to be offered flu vaccine

About 30 million people - including everyone over the age of 50 - will be able to have the vaccine.
Read more

A surge in coronavirus cases in one Colorado county has left contact tracers there strapped for resources and unable to complete contact tracing for all new cases, according to local health officials.
Read more

Boris Johnson is alleged to have flown into the Italian city of Perugia on September 11 in order to baptize his son.
Read more

After attacking Dominik Dijakovic last week on NXT, Karrion Kross takes him on in the main event looking to get closer to a shot at Keith Lee's NXT Championship.
Read more

FEMA, which is overseeing the supplementary payments, had previously promised only three weeks of jobless benefits.
Read more

Donald Trump touches down in UK ahead of Nato...

The US president is expected to visit Buckingham Palace for a reception, before meeting world leaders.
Read more

Welcome to Wednesday's Overnight Health Care.The CDC wants states to get ready for a possible vaccine by Nov. 1, just before the election; there's more evidence steroids work as a treatment for s...
Read more

Hollyoaks actress Talia Grant joins other cast members to discuss racism in the media and beyond.
Read more

Race Across the World victors pledge winnings to help...

The globetrotting BBC series came down to a nailbiting climax on Sunday - spoiler alert!
Read more

If Major League Baseball can't play in front of fans at a team's home ballpark because of the virus outbreak, the sport's first preference likely would be to switch games to the visiting team's stadium if possible, a person familiar with the deliberations tol…
Read more

After a flight failure in 2019, the Vega rocket executes a flawless deployment of 53 satellites.
Read more

A long-awaited report has found that the U.K. is a target of Russian cyberattacks. Now the government is battling criticism that it took its eye off the ball.
Read more

The legendary rocker's mom Virginia Grohl worked as an educator in Virginia's Fairfax County for more than 30 years.
Read more

‘The Last Dance’ gave us an inside look at...

Neil Lennon has "nothing but praise" for Leigh Griffiths after the Celtic striker improved his fitness while his team-mates were on camp in France.
Read more

The historic talks are taking place in Qatar; the US says "the entire world wants you to succeed".
Read more

Congressman John Lewis’ legacy with the National Museum of...

The late Congressman John Lewis fought tirelessly for legislation to create the Smithsonian's National Museum of African American History and Culture in Washington, D.C. After almost 30 years of advocating for the museum, Lewis was there when it opened its do…
Read more

Authorities inspecting a seafood store in Spain have discovered a collection of ancient Roman containers, called amphorae, some of which could have been created in the first century and recovered from shipwrecks off the Mediterranean coast.
Read more

A barbershop and a hair salon in the same northern California town decided to defy the statewide stay-at-home order by opening for business amid the coronavirus public health crisis.
Read more

You can download iOS 13.5 right now, and that's good news if you wear a face mask. Here's what Apple's update includes.
Read more

Georgia Democrats think this is their year — and...

A home-state vice presidential candidate could help tip the state, along with its two Senate races and key campaigns for redistricting.
Read more