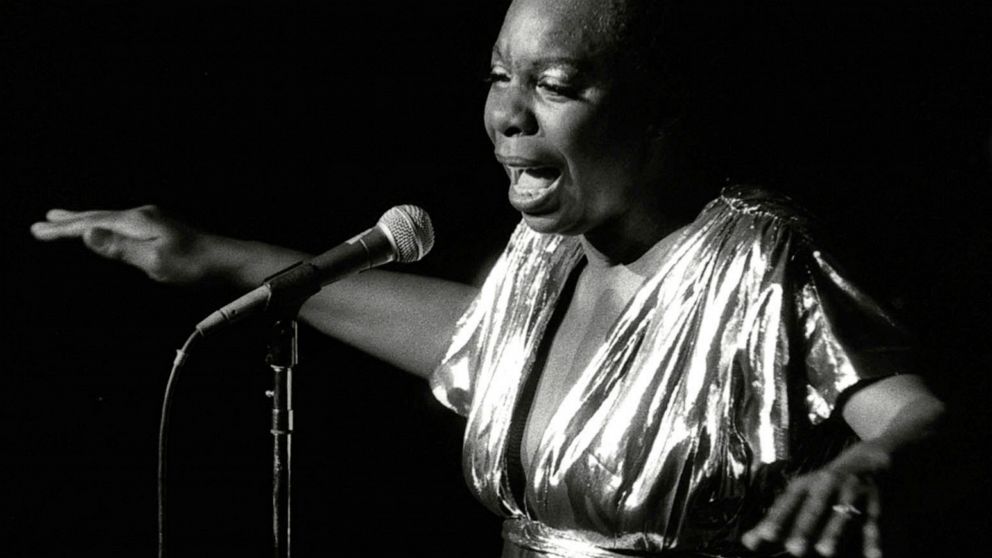 Advocacy organization Preservation North Carolina was granted a preservation easement for the home. The legal agreement binds all current and future owners to permanently protecting the buildings authentic character. The house can be renovated, but it cannot be demolished.

Simone taught herself to play piano in the wooden cottage as a young girl in the 1930s, The National Trust said. Nearly 90 years later, the three-room, 660-square foot (61-square-meter) clapboard house had fallen into disrepair when four Black artists purchased the property in 2017 to ensure its legacy.

A crowdfunding campaign launched last year raised money for a rehabilitation effort that was scheduled to continue this fall.

Simone’s music, which spanned several genres including jazz and R&B, helped define the civil rights movement. She died in 2003 at the age of 70.

Jennifer Aniston: ‘It’s not funny to vote for Kanye’

Democrats on a House subcommittee are seeking information about the Treasury Department's administration of the "opportunity zone" program created by President Trump's 2017 tax law, expressing concerns in particular about...
Read more

One of the suspects, Tony "TJ" Wiggins, 26, had previously been charged with 230 felonies.
Read more

Nintendo Switch in stock at Very – but move...

Nintendo Switch consoles are back in stock at Very with a limited supply of consoles available.
Read more

The two South Carolina Republicans painted President Trump as the candidate who will keep the American dream alive.
Read more

Teacher says he was fired for pro-Trump tweets, calls...

A Michigan social studies teacher and baseball coach has claimed he was fired after posting pro-Trump tweets, telling “Fox & Friends” on Thursday  that the tweets were meant to “unify” and that “nothing in the tweets are inappropriate.”
Read more

President Trump's plans for a splashy renomination could run afoul of the Florida governor's executive order to prevent the spread of Covid-19.
Read more

Kentucky doctor who urged mask-wearing early on dies after...

A Kentucky doctor who urged people to wear masks early on in the coronavirus pandemic died after battling the disease for four months.
Read more

This Christmas, the Christianity Today Editorial Was a Ray...

As a pastor myself, I have long felt betrayed by Evangelical support for Trump—a president who can be described as the anti-Jesus: living for pride, power, pleasure, and wealth, rather than faith, hope, love, and wisdom.
Read more

Three charged in Florida killings of friends on their...

Three people have been arrested in connection with the killings of three friends who had planned to go fishing on Friday in Florida, officials said.
Read more

As America reopens, I fear I’ll be isolating for...

David A. Andelman writes that as a 75-year-old with chronic asthma, he has reached the disturbing conclusion that it may be years before he can return to his New York City apartment or visit his family in Paris.
Read more

Portland Mayor Ted Wheeler on Wednesday was booed, heckled and called a “fascist” by rioters in the city as he tried to attend a “listening session” about ongoing unrest -- becoming the latest liberal mayor to be shunned by protesters with whom they had sough…
Read more

Preview: Marlins looking to bounce back against Red Sox

The Miami Marlins have rookie left-hander Trevor Rogers on the mound Wednesday night as they continue their series against the Boston Red Sox.
Read more

How to watch HBO for free: stream The Sopranos,...

Stream some of the best TV shows and movies of all-time without paying a penny - here's how to watch HBO for free no matter where you are.
Read more

Doctor on mission to stop preventable amputations in diabetic...

How to watch Outbreak: stream the movie online anywhere

Outbreak is a movie that's more relevant right now than ever before and you can watch it from wherever you are.
Read more

The NBA will keep the spotlight on the social justice movement when the season restarts in late July.
Read more

Roku’s Smart Soundbar is an affordable jack of all...

One of the downsides of any modern television is its sound quality. The thin designs lack the space required to provide any sort...
Read more

Bowman's campaign was surprised he's leading in precincts where Engel, a 31-year incumbent, was expected to have strong support.
Read more

A pair of cafeterias regularly used by White House staff members were reportedly closed this week after an employee tested positive for COVID-19, the disease caused by the novel coronavirus.An anonymous Trump admin...
Read more

There were protests in Allentown, Pennsylvania after a police officer was caught on camera placing his knee on a man's neck while attempting to restrain him. Police say officers observed the man vomiting and staggering in the street outside a hospital on Satu…
Read more

MOTD podcast – Shearer and Wright on the best...

Our Match of the Day pundits discuss and debate the best Premier League games of all time.
Read more

When the soundtrack for “Trolls” came out in 2016 there was only one song that everyone knew, Justin Timberlake's chart-topping “Can't Stop the Feeling!”
Read more

FOX Sports North compiles the top tweets and Instagram posts from the past week of Minnesota sports.
Read more

The NCAA is asking the Supreme Court to freeze a lower court ruling that allows colleges to compensate athletes for educated-related expenses.
Read more

Surgeon General Jerome Adams offered a Fourth of July message ahead of the holiday weekend, making the case that wearing a mask to Independence Day gatherings means "we will actually have more independence and more freedo...
Read more

COVID-19 spread silently through a rural church in March,...

How does COVID-19 spread? CDC report shows the coronavirus spread silently through church groups in Arkansas as early as March.
Read more

This is what the Indian Oppo Reno 4 Pro...

The Oppo Reno 4 will be launched in India on July 31 and a week before the launch, we have got the renders of the Indian variant.
Read more

Central bank expects unemployment to remain above by 9% by year-end and for joblessness to remain elevated into 2022.
Read more

Lana Purcell disappeared from the Wellesley Road area in Camden in 2011.
Read more