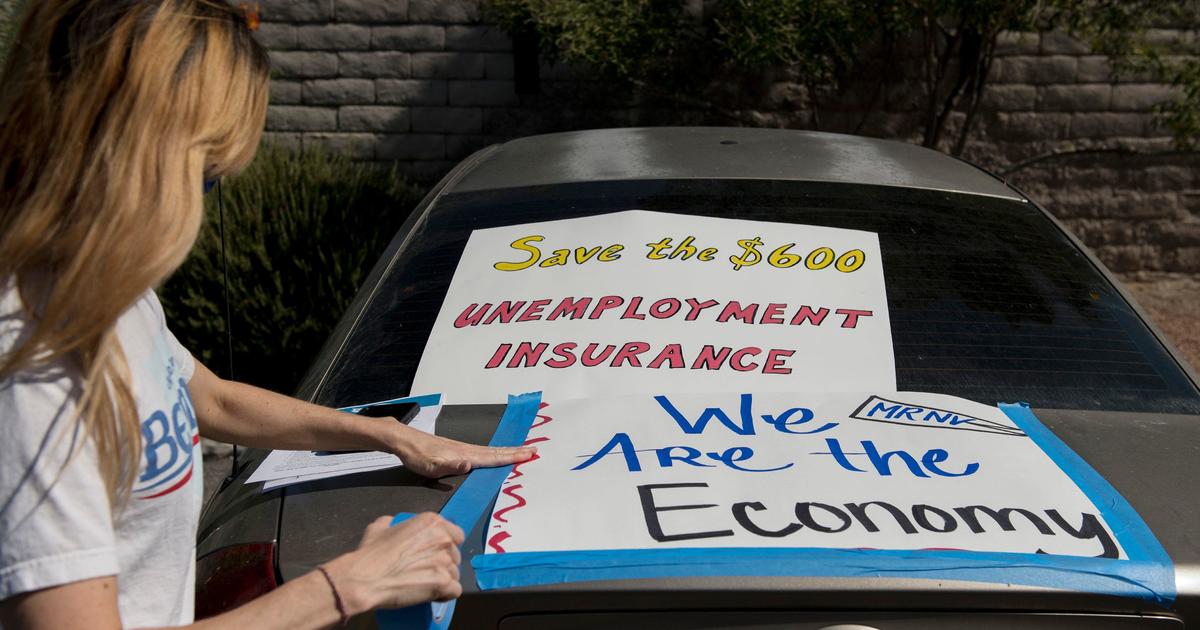 Unemployed U.S. workers who are banking on an extra $300 in federal jobless aid will now receive up to six weeks of benefits, double the three weeks initially guaranteed by FEMA, the government agency overseeing the relief.

Shortly after President Donald Trump signed an executive order last month authorizing the aid, FEMA said it was initially planning to provide three weeks of benefits. On Thursday, FEMA said it will provide payments “for a full six weeks,” based on current state spending rates as well as Department of Labor and state projections.

The extension of benefits means that the typical unemployed worker will receive a total of $1,800 in extra jobless benefits under President Trump’s Lost Wages Assistance plan, rather than $900. That’s still far less than the $600 in extra weekly benefits that millions of out-of-work adults had been receiving through the Coronavirus Aid, Relief, and Economic Security Act, or CARES Act, which expired at the end of July. Over that same six-week period, the CARES Act benefits would have paid $3,600 to each jobless worker.

More than a month after Mr. Trump signed the order, only 17 states are currently paying out the benefits, according to UnemploymentPUA.com, which tracks jobless benefits. FEMA said that 48 states, Guam and the District of Columbia have been approved for the payments. South Dakota declined to accept the funds, with its governor saying that most jobs lost during the pandemic have been recovered. Nevada is the sole state awaiting FEMA approval.

But it’s clear that even six weeks of $300 payments will go quickly. Two states, Montana and Texas, have already exhausted their six weeks of funding.

“Indeed, LWA is already starting to run out in the 17 states that have managed to get payments out the door, and the deadlock in Congress will mean workers will soon have to manage on underlying benefits that average less than $300 per week,” Stettner said in an email.

Mr. Trump is funding the supplementary unemployment benefits through FEMA’s Disaster Relief Fund, which had $44 billion in available funds. The agency on Thursday said that to date it has distributed $30 billion through the LWA program. September 10 is the final day for states and territories to apply for assistance, according to FEMA.

“Regardless of where the states and territories are in their process to receive and distribute the FEMA funding, FEMA will fund six weeks in $300 supplemental unemployment benefits to every state and territory that has applied for this assistance by September 10,” an agency spokesperson told CBS MoneyWatch in an email.

About 500 guests are being invited by the Floyd family, and political leaders and celebrities will be in attendance.
Read more

Seattle city attorney says some cases against protesters could...

Police: Most arrested during Kenosha protests not from city

President Donald Trump and Democratic presidential front-runner Joe Biden traded shots over the possibility of the Democrats holding a virtual convention this summer due to the coronavirus pandemic.
Read more

It only took days for a fire to hinder...

A massive blaze aboard a billion-dollar US Navy warship has been extinguished after raging for four days -- but its effect might be felt across America's Pacific Fleet for years.
Read more

Voters in three critical swing states are growing increasingly concerned about the coronavirus spreading across the United States, though they largely approve of the Trump administration's response to the outbreak....
Read more

Houston Rockets forward Bruno Caboclo will not engage in any team activities for the next eight days after he accidentally broke quarantine.
Read more

Two high-profile Senate Republican chairmen are homing in on FBI Director Christopher Wray as they ramp up their probes into the investigation of Russian election meddling and the Trump campaign.Judiciary Committee...
Read more

Dave Franco set to play Vanilla Ice in an...

Dave Franco is currently prepping to play Vanilla Ice in an upcoming biopic about the '90s rapper.
Read more

Organizational continuity should be a plus for teams like...

Talent might not be the deciding factor for NFL franchises this season. Health, naturally, will be first, followed by organizational stability.
Read more

UAE plans to send unmanned spacecraft to the moon...

Another fierce hurricane, 15 years after Katrina, shows who...

Vulnerable communities are disproportionately affected by natural disasters, so at a time when the US is facing hundreds of active wildfires, devastating storms, record temperatures and a global pandemic, investing in climate justice is more critical than eve…
Read more

How to safely run outside during the coronavirus pandemic

There are several measures runners can take to lower the risk to themselves and others.
Read more

Mary Trump says she plans to vote for Biden

Mary Trump, who released a critical tell-all book about her uncle, President Trump, and their family earlier this week, said she plans to vote for presumptive Democratic presidential nominee Joe Biden in November. ...
Read more

Level up with the OnePlus 8

A smartphone that gives new meaning to the idea of watching, gaming and playing back tunes on your mobile
Read more

People who had contact with man with virus to...

Health officials said Wednesday they are actively monitoring 16 people who came into close contact with the traveler to China who became the first U.S. resident with a new and potentially deadly virus
Read more

Police officer shot dead in London as man is...

A police officer has died after being shot in the early hours of Friday by a man being detained at Croydon Custody Centre in south London, the city's Metropolitan Police Service said.
Read more

A red panda is missing from her habitat at...

One of the diminutive, raccoon-like creatures that lives at the Columbus Zoo went missing this week, the zoo announced Wednesday. The zookeepers who care for her suspect she'll return on her own since she recently gave birth to two cubs who are still nursing.
Read more

Trump and Biden in Shanksville, Pennsylvania for 9/11 anniversary