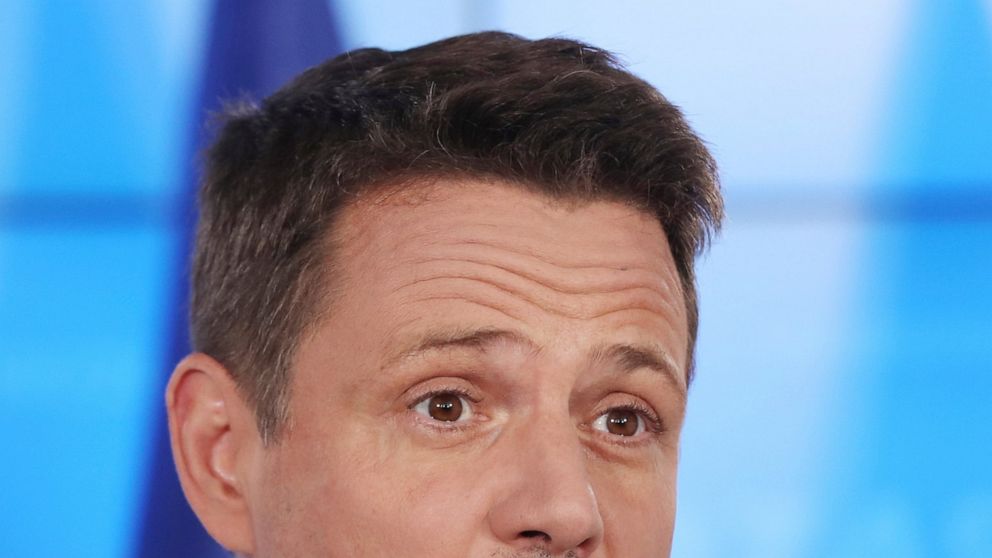 WARSAW, Poland — Warsaw’s mayor has come under criticism after a video emerged of him demanding that DJs at a night club change their music, seeming to leverage his influence by stating “it’s my city.

Rafal Trzaskowski, who was the opposition candidate in an unsuccessful presidential bid this summer, was attending a friend’s birthday party in a trendy club on the weekend when the video was reportedly taken of him trying to persuade the DJs to play funk music to dance to.

The DJs told Trzaskowski and his friends that it was against their policy to take requests and did not change the music.

The incident has provoked serious criticism as well as mockery. Some said it was not acceptable behavior for Trzaskowski, who is the deputy head of the centrist opposition Civic Platform party but plans to start his own political movement soon.

To be Warsaw mayor and former presidential candidate aspiring to be the leader of the opposition and founder of a new movement and to blow it all in one night out while tipsy just because the music did not suit him. Thats an achievement, even in Polish politics, tweeted Andrzej Gajcy, a journalist for the Onet news site.

Other commentators defended the mayor.

Trzaskowski has not directly responded to the criticism.

As protests continue across the country over the death of George Floyd, advocates are asking why it took so long for the shooting death of Breonna Taylor to gain national attention. University of Florida law professor Michelle Jacobs joins CBSN to discuss why…
Read more

What a Korean Teenage Fashion Trend Reveals About the...

If you want to understand why America is faring so badly in the fight against Covid, it helps to understand deeper public attitudes toward health—and how they’re different around the world.
Read more

‘It’s about time’: Trans workers on what the Supreme...

In a landmark decision, the Supreme Court ruled on June 15 that LGBTQ workers are protected from job discrimination under Title VII. NBC News spoke to four trans employees about their experiences in the workplace and how the ruling will impact them.
Read more

"It seems as if the president considers the exercise of one's First Amendment rights to be carnage," Clyburn said.
Read more

Army veteran and Sen. Tammy Duckworth (D-Ill.) hit President Trump over his reported comments disparaging fallen soldiers on Friday, citing injuries she sustained in the line of duty."I take my wheelchair and my ti...
Read more

At least 20 teenagers in New Jersey have tested positive for coronavirus after they allegedly attended a house party earlier this month.The Middletown Township Department of Health and Human S...
Read more

Formula One drivers wore shirts that said “End Racism” and took a knee during Sunday's season-opening Austrian Grand Prix. Nineteen of the 20 drivers wore the “End Racism” shirts, with the U.K.'s Lewis Hamilton, the only current Black driver in...
Read more

An analyst claims that Apple's exciting iPad Pro overhaul has been delayed until next year.
Read more

UN says Afghan civilian casualties down by 13% this...

The U.N. mission in Afghanistan has noted a drop in the number of civilians killed and wounded in violence in the first six months of this year, compared to the same period last year
Read more

Ben Stokes, who dropped a catch earlier in the afternoon, safely hangs on at second slip to remove Pakistan dangerman Babar Azam on day three of the first Test at Old Trafford.
Read more

Nearly 10 percent of the U.S. queer men who said they "do not support [Trump] at all" said that they will vote for him regardless.
Read more

Chinese authorities have confirmed the criminal detention of 12 Hong Kongers who were allegedly attempting to travel illegally to Taiwan by boat last month, while the foreign ministry in Beijing labeled the group separatists
Read more

The Trump administration is working toward a plan that would make it harder for Americans to claim disability benefits,...
Read more

The amphetamine called captagon is known as the "Jihad drug" because it is used by ISIS fighters to inhibit fear and pain, Italian police said.
Read more

Kamala Harris: A pragmatic progressive different from Biden in...

“Memphis Loud” was tracked live in the studio by Victor Wainwright and the Train, creating a vibe suitable for an afternoon at a summer festival
Read more

Intel’s cooking up a new way to power PCs...

Not excited by power supplies? Well, perhaps you should be given this major move for an often underrated PC component.
Read more

Rand Paul holds up passing bill that would ban...

Miami Marlins manager Don Mattingly was talking about this week’s doubleheader sweep at Baltimore that involved a parade of relievers, including several newcomers rescued from unemployment, and after naming three of them he drew a blank.
Read more

Pelosi criticized by Trump for a private hair salon...

House Speaker Nancy Pelosi is under fire from President Donald Trump and Republicans for a private visit to a San Francisco hair salon they say defied COVID-19 guidance.
Read more

The movement has gathered momentum outside of the urban centers and is showing up in towns from Greenwich, Connecticut to Waco, Texas to Wenatchee, Washington.
Read more

Race and America as told through the years on...

From Alabama to Wisconsin, a look back at past 60 Minutes stories on racial injustice and policing as told on our broadcast in five different decades.
Read more

Samsung has announced its newest tablet in India, the Galaxy Tab S6 Lite. Priced aggressively, it is set to take on Apple’s iPad.
Read more

Over 170 environmental leaders urge supporters to vote for Biden, not Green...