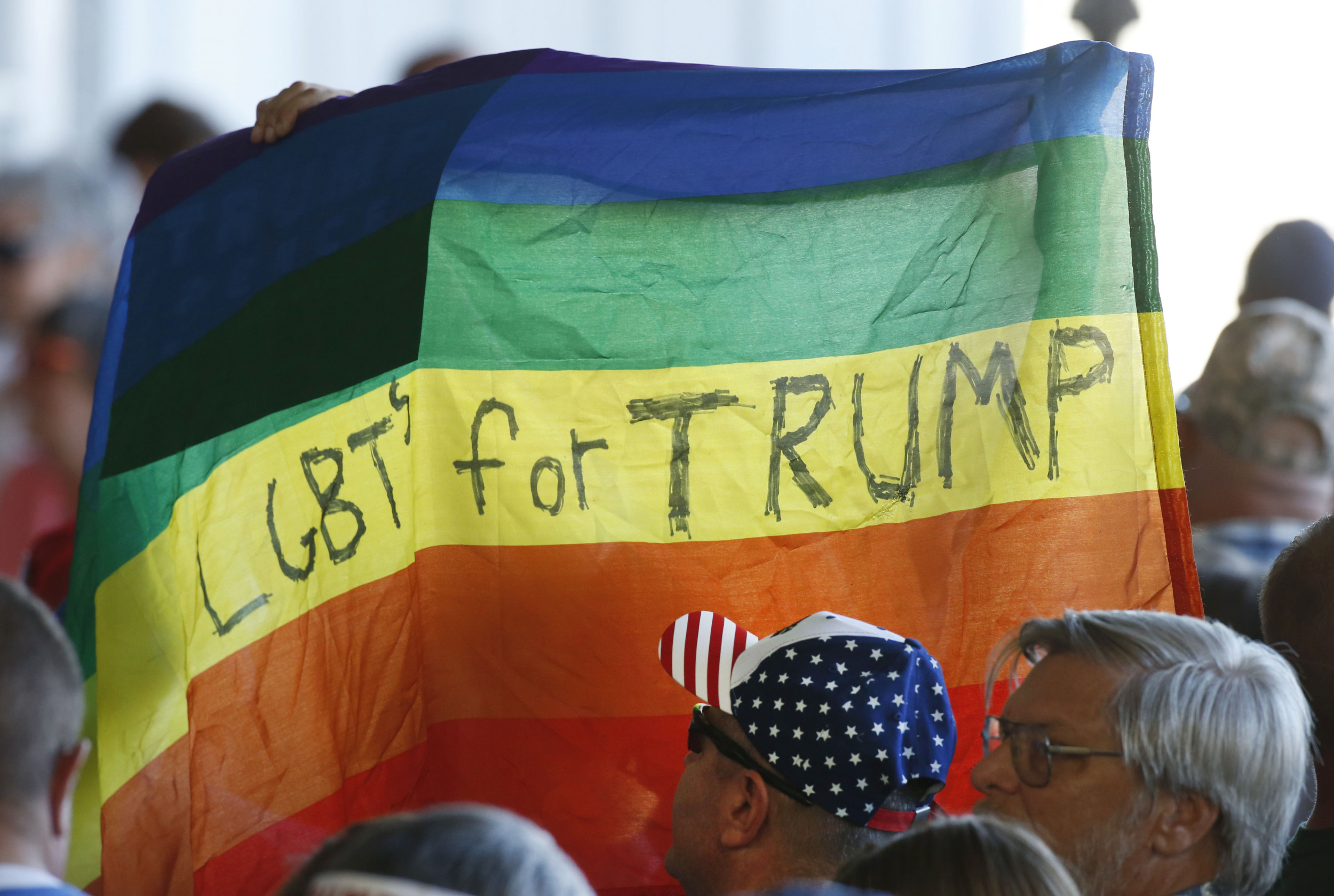 A recent survey of 1,200 queer men in the United States found that 45 percent planned on voting for Republican President Donald Trump. Comparatively, 51 percent said they would vote for Democratic presidential candidate Joe Biden.

The poll, conducted by the queer men’s social app Hornet, actually asked 10,000 of its users worldwide about their preferred presidential candidate. But while 66 percent of worldwide users supported Biden and 34 percent supported Trump, the percentages among U.S. men were much closer.

However, 10 percent of the U.S. men who said they “do not support [Trump] at all” said that they will vote for him regardless.

When user responses were broken out continentally, majorities of queer men on every continent, except Africa, supported Biden more than Trump by margins of 54 to 25 percent.

Soon after the 2016 election, NBC News interviewed some LGBTQ voters from that 14 percent contingent to find that most were more concerned about issues of gun rights, undocumented immigration, job creation and stopping Islamic radicals moreso than Trump’s goals for the LGBTQ community.

Though Trump was lauded by some Republicans for mentioning the LGBTQ community during his speech at the 2016 Republican National Convention, his administration has repeatedly rolled back pre-existing LGBTQ rights and written amicus briefs to the U.S. Supreme Court in support of anti-gay discrimination.

Hornet’s male users may not reflect the larger LGBTQ community which largely votes Democrat, and LGBTQ voters may have soured on Trump having seen his administration’s handling of queer issues.

Recent polling also suggests that most LGBTQ voters will oppose Trump. A June 2020 poll of more than 30,000 registered voters conducted by the technology company Morning Consult found that 53 percent of LGBTQ-identified voters favored Biden and only 20 percent favored Trump.

The show, starring Lamorne Morris, is just too weird to ever feel preachy. Phew.
Read more

How Quickly Can Atoms Slip, Ghostlike, Through Barriers?

A new experiment on how rapidly atoms can tunnel through a barricade revives a physics debate about how time passes on the quantum scale.
Read more

While advocates have made strides in getting Native American symbols and names changed in sports, they say there's still work to do mainly at the high school level, where mascots like Braves, Indians, Warriors, Chiefs and Redskins persist.
Read more

Dave Franco to play Vanilla Ice in a biopic

If there was a problem, yo, Dave Franco will solve it, as he'll be playing Vanilla Ice in a biopic of the 'Ice Ice Baby' rapper.
Read more

One of Nicola Sturgeon's favourite writers adds her voice to criticism of the new Hate Crime Bill.
Read more

Titus O’Neil honored as a finalist for Muhammad Ali...

O'Neil is recognized for his work with Susan G. Komen, Boys & Girls Clubs of America, Special Olympics and more.

He says he'll let people and groups who weren't directly involved in the case weigh in. He could also seek more from the department itself.
Read more

How Republicans hope to turn a Biden conspiracy theory...

Senate Republicans are engineering a baseless political scandal under the guise of a legitimate congressional investigation.
Read more

The NHL is determined to hand out the Stanley Cup this season but Nashville Predators’ center Matt Duchene says it won’t be the same if it means sacrificing the integrity of the game.
Read more

Bill Hemmer On Covering The Biggest Story Of Our...

It's been over two months since the US shut down its economy to try and flatten the curve of the coronavirus outbreak. Now states are slowly starting to reopen and attempt to get back to normal. But, there is some debate about whether it's "too soon" to open …
Read more

Austrian authorities are facing a class action lawsuit involving as many as 2,500 tourists over their handling of a coronavirus outbreak in the popular winter sports resort of Ischgl, in Tyrol province.
Read more

These charts show how economic progress has stalled for...

The typical Black American family is virtually no closer to equal footing with its White peers in terms of income and wealth than it was 50 years ago, when Civil Rights-era reforms were enacted to expand opportunity and limit outright racial discrimination.
Read more

Numerous states across the U.S. are seeing a record number of confirmed coronavirus cases and hospitalizations. CBS News' Nancy Chen reports health experts are worried that Fourth of July holiday celebrations could drive a further spike that could overwhelm h…
Read more

He guarded Nazi gas chambers when he was 17....

A German court due to decide Thursday whether to convict a former Nazi SS camp guard of 5,230 counts of accessory to murder.
Read more

Speaker Nancy Pelosi (D-Calif.) on Thursday rejected a push by some House Democrats to vote this weekend on extending federal unemployment insurance payments that expired at the end of July, maintaining that it...
Read more

Trump campaign seizes on calls for Dems to support...

President Donald Trump’s 2020 campaign called out prominent Democrats who are supportive of the movement after the killing of George Floyd.
Read more

Menendez demands info on administration communications with WHO

Sen. Bob Menendez (N.J.), the top Democrat on the Senate Foreign Relations Committee, on Tuesday called for information on the Trump administration's communications with the World Health Organization (WHO) early on during...
Read more

James Charles Is Being Accused of Stealing Merch Ideas...

Egypt will require people to wear masks in workplaces and in stores from the end of May after the country recorded 720 new cases in one day this week, Prime Minister Mostafa Madbouly has said.
Read more

On May 6, the animal care team at Disney’s Animal Kingdom Lodge welcomed a new female Hartmann’s mountain zebra foal to the herd. I’m so happy to share with you photos of little Phoenix as she recently made her first appearance on the resort’s Sunset Savanna.
Read more

Whitmer's divisive "Stay Home, Stay Safe" executive order is due to end on May 15.
Read more

Acting Department of Homeland Security Sec. Chad Wolf blamed local officials in Portland for the violence and vandalism in the city that have followed the nightly protests following the death of George Floyd earlier this year.
Read more

Chris Evans speaks out after NSFW images leak: 'Now that I have...

LSU says students who get tested for coronavirus have priority for football...