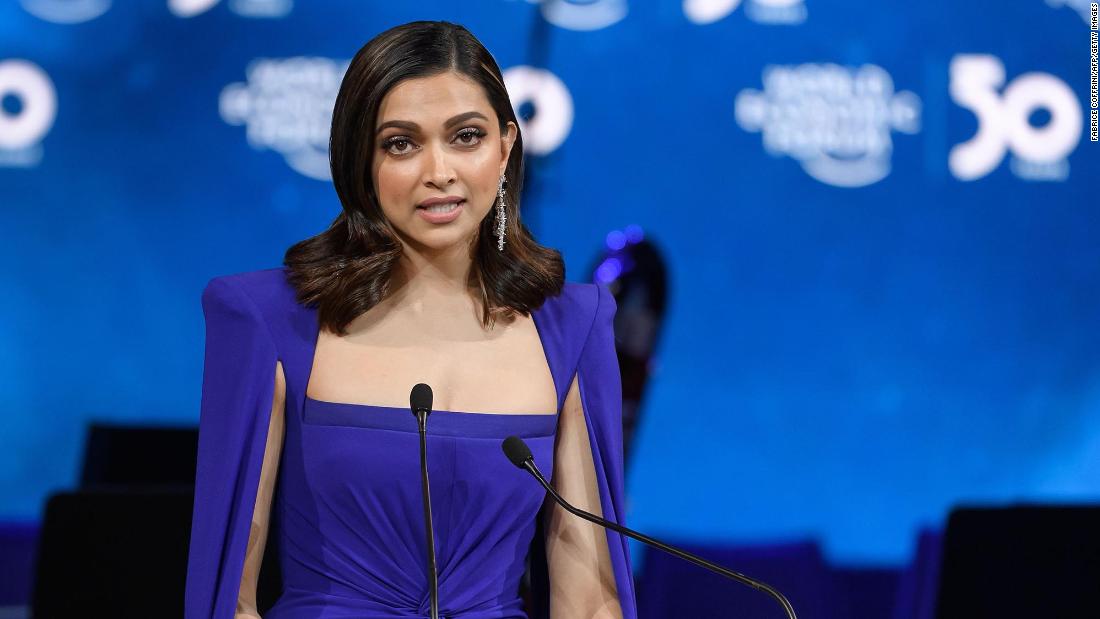 New Delhi (CNN)One of Bollywood’s biggest stars has been summoned for questioning by Indian police as part of an ongoing probe following the suspected suicide of high-profile actor Sushant Singh Rajput.

Asthana did not give details about what Padukone would be questioned about. CNN has reached out to Padukone’s representatives for comment.

Former model Padukone, now one of India’s best-paid actresses, is the highest-profile star to be embroiled in a probe into allegations of drug use in Bollywood — a story that has transfixed the country and dominated headlines for months.

The investigation was sparked after Rajput, 34, was found dead in his Mumbai flat in June in what police described as a suicide. Indian authorities conducted an autopsy but have not made an official statement on the result.

She denies those allegations, he added.

“Some sections of the press continue to portray her in a negative light which is unfortunate,” Maneshinde said.

In August, a case based on Rajput’s father’s allegations was transferred to the Central Bureau of Investigation, a federal law enforcement agency, and the scope of the probe widened. Since then, the NCB has arrested at least 10 people including Chakraborty, who was apprehended earlier this month for allegedly buying cannabis for Rajput prior to his death.

Chakraborty remains remanded in prison for a range of offenses including allegedly purchasing and consuming drugs, according to Mutha Ashok Jain, the deputy director of the NCB for southwest India.

Authorities did not recover any drugs from Chakraborty, who admitted purchasing narcotics for Rajput, according to Jain. Those offenses carry a possible penalty of 10 years in prison and a fine of 100,000 Indian rupees ($1,360).

Rajput’s death and the ensuing fallout have been covered extensively in Indian media, with unverified conspiracy theories and allegations given air time on nationwide newscasts.

Chakraborty has borne the brunt of the media circus. In a tweet in July, she begged the Union Home Minister Amit Shah to launch an investigation into the case. “I only want to understand what pressures prompted Sushant to take this step,” she said.

Rajput made his debut in Hindi cinema in 2013’s “Kai Po Che!,” according to the film site IMDb. He was awarded best actor (male) at the Indian Film Festival of Melbourne in 2017 for his movie “M.S. Dhoni: The Untold Story,” in which he played Indian cricket star Mahendra Singh Dhoni.

Bayer Leverkusen v Rangers: Things you might have forgotten...

It's been five months since Rangers slipped to a 3-1 Europa League defeat at Ibrox against Bayer Leverkusen. Here's some things about the tie you may have forgotten...
Read more

The UFC has announced the full fight lineups for its shows scheduled for May 13 and May 16 in Jacksonville, Florida
Read more

Tesla took another shot at its skeptics by delivering solid second-quarter earnings — and its fourth consecutive quarterly profit — even amid the coronavirus pandemic.
Read more

Police suspect the man, whose violence led to widespread arson incidents, is connected to both the Hells Angels and the Aryan Cowboys.
Read more

For the first time since January, China reports no coronavirus-related deaths.
Read more

Chris Wallace dubbed the Republican National Convention "the Trump convention," saying it will be dominated by the president and his family."I've watched most of the last hour and a half and what really strikes me...
Read more

There's something about the way it feels that you can't capture in photos. Walking in and being in a stone vaulted hallway, it just feels like a really old castle.
Read more

Saturday's FA Cup final on the BBC was the most-watched football match of the season with 8.2m viewers across all platforms.
Read more

Get unlimited data with this OnePlus 7T Pro deal...

OnePlus 7T Pro deals offer some awesome specs with no limits on data. All of that comes at £32 a month on the Three network.
Read more

Analysis: E. Jean Carroll now has the burden of showing that DOJ’s taking the case was improper by showing Trump wasn’t acting in the scope of his employment.
Read more

Trump on coronavirus vaccine deal: ‘We think we have...

President Trump said he hopes the approval process will go very quickly for the Pfizer vaccine. Trump, who has been pushing to reopen schools, said he is comfortable sending his son and grandchildren back to school, but added that “ultimately it’s up to the g…
Read more

The Nvidia GeForce Cyberpunk 2077 edition is extremely hard to get – by GOG.com is giving one away for free.
Read more

India's capital lost control of the pandemic but now cases are plummeting. Can we trust the data?
Read more

Honda may have been hit by a ransomware attack

Honda may have fallen victim to the SNAKE ransomware as its IT network is currently experiencing issues.
Read more

Protesters in Israel are drawing parallels between the killing of an unarmed, autistic Palestinian man by officers and police violence in the U.S. The man's caregiver says she repeatedly warned officers the 32-year-old was disabled, and begged them not to sho…
Read more

The alleged scheme by the poultry company's top executive and others may have hit major customers like Chick-fil-A.
Read more

Blizzard has made various improvements and some major ones based on player feedback.
Read more

St. Louis couple who pointed guns at protesters have...

Mark and Patricia McCloskey, the St. Louis couple who pointed guns at protesters, have a...
Read more

The iOS 14 public beta is live and you can download it now, along with the tvOS 14, iPadOS 14, and macOS 11 Big Sur public betas, with watchOS 7 public beta ‘coming soon.’
Read more

Trump says the US is negotiating a nuclear nonproliferation...

In a White House press briefing Friday, President Trump said that the U.S is in talks with Russia renegotiating a nuclear nonproliferation treaty, adding that China may be brought into those talks at some point later.
Read more

Analysis: Republicans have an opening at the RNC. Will...

You can criticize Donald Trump for a lot of things. But he could never be accused of failing to toot his own horn.
Read more

The coach of US Open winner Bryson DeChambeau says attempts to tame his power off the tee will not prevent him from winning.
Read more

Leicester City boss Brendan Rodgers says the club are in talks with Roma about signing Cengiz Under.
Read more

9-year-old raises more than $20,000 for people in Minneapolis

Like many kids, 9-year-old Kamryn Johnson loves to make friendship bracelets. But she decided to sell hers – and now she has raised more than $20,000 for Minneapolis businesses and families in need.
Read more

About 24 hours after George Floyd's death, hundreds packed the streets of Minneapolis, many gathering at the intersection where Floyd was pinned to the ground by police officers shortly before he died.
Read more