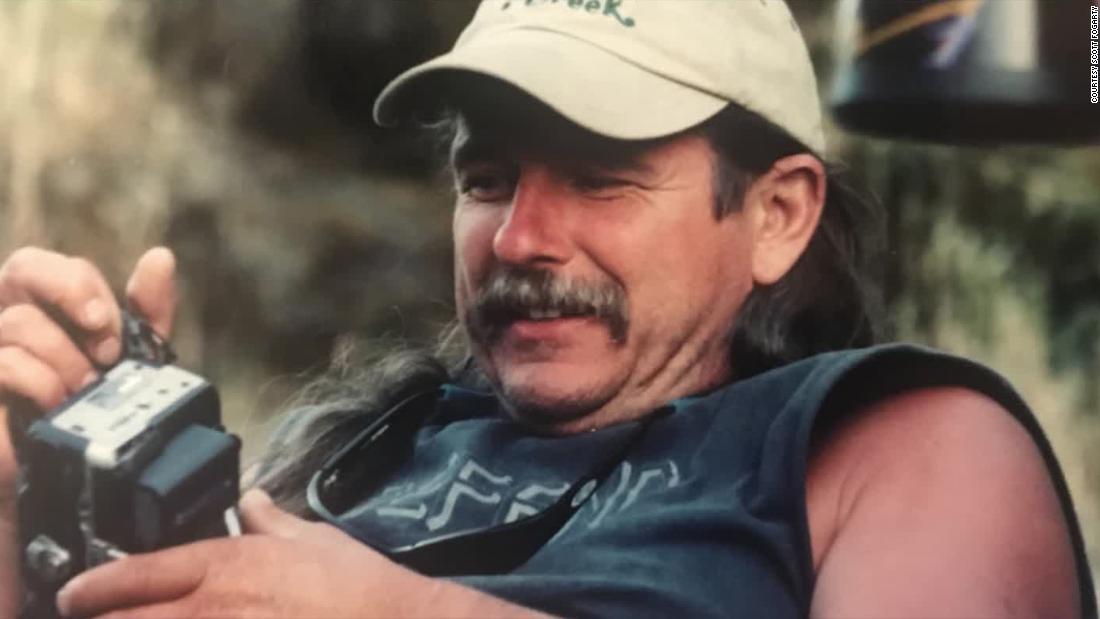 (CNN)The remains of missing environmentalist George Atiyeh were found after the Beachie Creek Fire consumed his property and the area around his home, his daughter confirmed on Facebook Friday.

Atiyeh, 72, was last seen on September 7 before the Beachie Creek Fire exploded during overnight hours in the area where his home was located.

“The Atiyeh family has received confirmation from the Marion County Sheriff’s office, that the remains found on George Atiyeh’s property, was in fact him,” Aniese Mitchell, Atiyeh’s daughter, posted on Facebook late Friday night.

Mitchell thanked friends, family and the community for their support during this time and asked that any donations made in her father’s honor be directed to Opal Creek Ancient Forest Center.

The Beachie Creek Fire began August 16 in the Opal Creek Wilderness, about 2 miles south of Jawbone Flats and 6 miles north of Detroit, Oregon, according to the US Forest Service’s InciWeb system.

A windstorm September 7 transformed the fire overnight from 469 acres to more than 131,000 acres.

As of Saturday, the fire has burned more than 192,000 acres and is 52% contained. it is expected to be fully contained by October 31, the InciWeb system said.

The Opal Creek Wilderness is a 20,000-acre refuge of steep and rugged forested hillsides boasting Douglas fir trees, creeks, mountain peaks and lookouts, according to the Forest Service.

The wilderness refuge was protected by federal legislation in 1996 after activists, including Atiyeh, pushed back against plans to open the area for logging.

It's a great time to buy gear for your socially-distant adventures. Here's everything you need to go from 0 to outdoors pro.
Read more

During his daily coronavirus briefing, New York Gov. Andrew Cuomo and his daughter, Mariah, announced the finalists for a public service announcement contest on why to wear masks in public.
Read more

John Pennington, 40, of Walton is accused of violating Canadian quarantine acts two separate times while visiting the country in June. Americans are currently barred from staying in Canada because of the ongoing pandemic.
Read more

The last families who lived on St Kilda

Thirteen men, 10 women and 13 children were evacuated from the remote island in 1930 because life had become too tough.
Read more

Most states ordered dental offices to close except for emergencies when the coronavirus hit, but dentists have been eager to reopen as states have relaxed their orders.
Read more

President Trump's campaign tweeted out a video Monday showing the president as Yoda decapitating cable news networks. The video, timed for May 4 and "Star Wars Day" and taken from a scene from "S...
Read more

Schools ‘must come before pubs and restaurants in future’

England's children's commissioner says the fundamental right to an education should be prioritised ahead of pubs.
Read more

Oct. 2-8, 2020 This photo gallery highlights some of the most compelling images made or published by Associated Press photographers in Asia and Pacific. The gallery was curated by AP photo editor Masayo Yoshida in Tokyo. Follow AP visual journalism: Insta…
Read more

Steve Bannon Calls for the Beheading of Dr. Fauci...

Paul Batura: If God offered, what would you ask...

I am grateful for the power of prayer. It has sustained me in times of trouble and deepened my walk with the Lord.
Read more

We did not order religious organizations to close, but my message to everyone is that this is serious," Ohio governor Mike DeWine wrote on Twitter yesterday after one major church opened its doors.
Read more

4 people tied to RNC in Charlotte have coronavirus:...

‘Stargirl’ Cast: Who Stars in the CW Superhero Series...

The show is coming to The CW on May 19, when it will introduce a whole new cast of superheroes to the Arrowverse, including actors Brec Bassinger, Luke Wilson and Joel McHale.
Read more

Zlatan Ibrahimovic scores twice but is unable to prevent Milan dropping points for the first time this season as they draw with Roma.
Read more

Former Brazil and Barcelona forward Ronaldinho will not be charged for using a fake passport to enter Paraguay.
Read more

NASA astronaut to cast her ballot 200 miles above...

The government is building a new hospital in the city of Wuhan following the outbreak of a virus that has infected more than 800 people and killed 26, aiming to complete it within six days. Photo: CCTV
Read more

Missouri players Xavier Pinson, Mitchell Smith and Jeremiah Tilmon Jr. withdrew from the NBA draft and will return to the Tigers for this season.
Read more

Sen. Bernie Sanders said on ABC's "This Week" that he will officially receive the endorsement of Rev. Jesse Jackson at a rally in Grand Rapids, Michigan.
Read more

The only man ever convicted in a U.S. court for a role in the Sept. 11 attacks, now says he's renouncing terrorism, al-Qaida and the Islamic State
Read more

Sen. Chris Coons: The Joe Biden that I know...

On the convention’s final night you’ll hear something you might not have expected: a deep and personal testament to my friend Joe Biden’s faith.
Read more

A recent surge in positive COVID-19 cases and hospitalizations in El Paso, Texas, has caused city officials to order a curfew for residents.
Read more

Race and America as told through the years on...

From Alabama to Wisconsin, a look back at past 60 Minutes stories on racial injustice and policing as told on our broadcast in five different decades.
Read more

The firm attracts over a million new customers as people turn to comfort foods during the pandemic.
Read more

A Pakastani-American former police officer in Asbury Park, N.J., filed a lawsuit against his police department claiming he was wrongfully terminated and faced discrimination during his over 15-year tenure.The...
Read more

A witness reported seeing the attack off Australia's southwest coast. A surfboard was found but not the surfer.
Read more