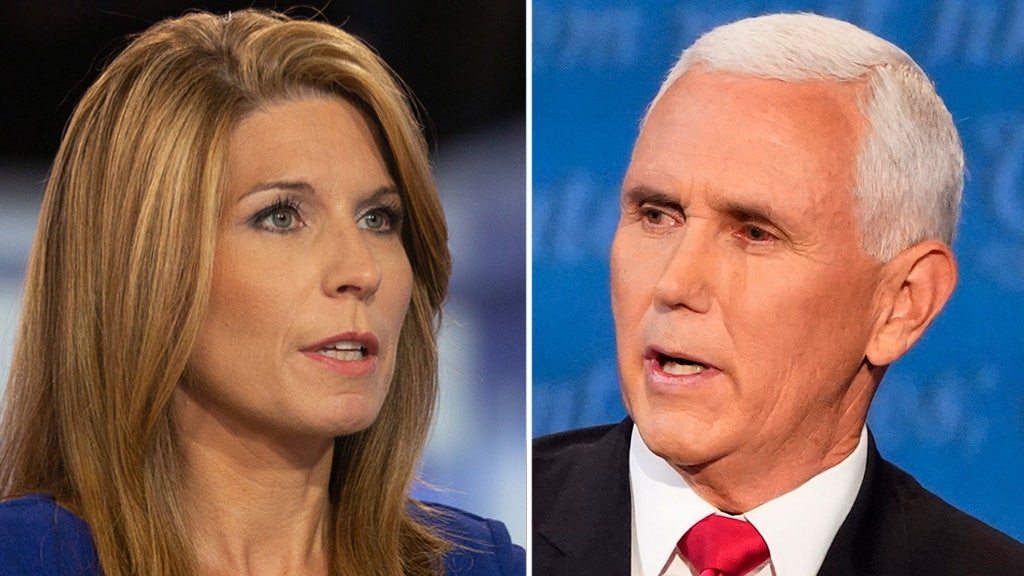 She then highlighted how White educated women have “fled” from President Trump, suggesting that the only demographic the GOP ticket can still hold onto is men.

“The problem tonight is that Vice President Pence appeared flaccid and anemic- and that’s going to hurt him with men,” Wallace said. “I mean, the only people they have in their coalition after last week’s barnburner from Trump were sort of grievance voter that is a vocal and animated part of the Trump base. This performance will not land well with them.”

After Maddow agreed with the “flaccid” descriptor, Wallace continued making her point.

“Here’s the other thing that’s on voters’ minds, real people… what if Trump takes a turn for the worse and this guy takes over?” Wallace told her colleagues. “He had to look presidential tonight and he just looked limp and lame!”

Treasury Secretary Steven Mnuchin on Thursday indicated that a payroll tax cut won't be in the coronavirus relief bill that Senate Republicans are expected to start unveiling shortly."It won't be in the base bill,"...
Read more

Orionid Meteor Shower From Halley’s Comet Peaks Ahead of...

The moon will appear just 23 percent illuminated on the night of the peak, which could help visibility.
Read more

Protests sparked by the police killing of George Floyd have now ignited a sweeping national debate about the racial prejudices of some of the country's political icons.
Read more

For over 60 years, May 20 – the original Cuban Independence Day – has served as a reminder of what was lost in Cuba: liberties that many paid the ultimate sacrifice trying to regain. To this day, the Cuban people remain censored and abused by their own govern…
Read more

Elon Musk's net worth is now $115 billion, pushing him past Facebook CEO Mark Zuckerberg on the list of the world's richest people, according to Bloomberg.
Read more

MPs warn some regions will run out of water within the next 20 years unless "urgent action" is taken.
Read more

Government apology after wrong funfair advice given out

The economy secretary says it was "unfortunate and regrettable" that conflicting advice had been given out.
Read more

Fifteen people were wounded in a drive-by shooting outside a funeral home in Chicago's South Side. The number of shooting victims is up 50% compared to last year. Jeff Pegues has the latest.
Read more

“We’re not even close to over”: Texas braces for...

Former Vice President Joe Biden has widened his lead over President Trump in Florida, according to a new poll released on Thursday, the latest sign that the president is facing an increasingly difficult battle in his adop...
Read more

The Pseudo-Religion of the Fitness-Industrial Complex

Workout culture, cloaked in inspiration while profiting from body shame and self-loathing, is the worst kind of individualism. The post The Pseudo-Religion of the Fitness-Industrial Complex appeared first on The American Conservative.
Read more

First ministers of Scotland, Wales and Northern Ireland call for a task force to help the industry.
Read more

Hundreds of thousands will lose their jobs without additional...

Airline executives met White House officials on Thursday in a last-minute bid to avert tens of thousands of layoffs as depressed travel demand threatens to decimate the sector.
Read more

Dr. James "Charlie" Mahoney, a physician in Brooklyn for over 30 years, is another frontline casualty in the global fight against the coronavirus pandemic. But to those who knew him, he lived every day serving others and fought the virus with his endless posi…
Read more

Spike Lee Recalls the Moment He Found Out About...

"I went to open my phone, and my phone — the whole thing had been blowing up. I turned it off. I was in shock," the director said.
Read more

The Fujifilm X-T4 has finally landed in India, after a short delay. It starts at Rs 1,54,999 for a rather versatile video camera.
Read more

How FEMA Missed the Chance to Be Better Prepared...

FEMA was "fighting the last war"—worrying about Russia-—even as COVID-19 became a national emergency.
Read more

Migrants allege being pushed back to open waters after arriving in Greece, assaulted and cast adrift in flimsy boats.
Read more

Education secretary should be on the side of students

Betsy DeVos has been portrayed by Democrats as something of a villain — with comparisons made to even Cruella De Vil. It’s easy to think these attacks are hyperbole from a partisan cast of hacks intent on stopping her agenda.But her policies have...
Read more

Warren, Pressley introduce bill to make it a crime...

Sen. Elizabeth Warren (D-Mass.) and Rep. Ayanna Pressley (D-Mass.) announced Friday they will introduce a bill that would hold law enforcement officers criminally liable for not providing medical care to people in their custody.
Read more

The Kennedy Center Honors and Mark Twain Prize will be postponed to 2021 due to the coronavirus pandemic, the Kennedy Center announced Tuesday.The Honors, originally scheduled for Dec. 6, will be held on March 7, a...
Read more

Families of Jackie Robinson, MLK 'insulted' by their images use in Trump...