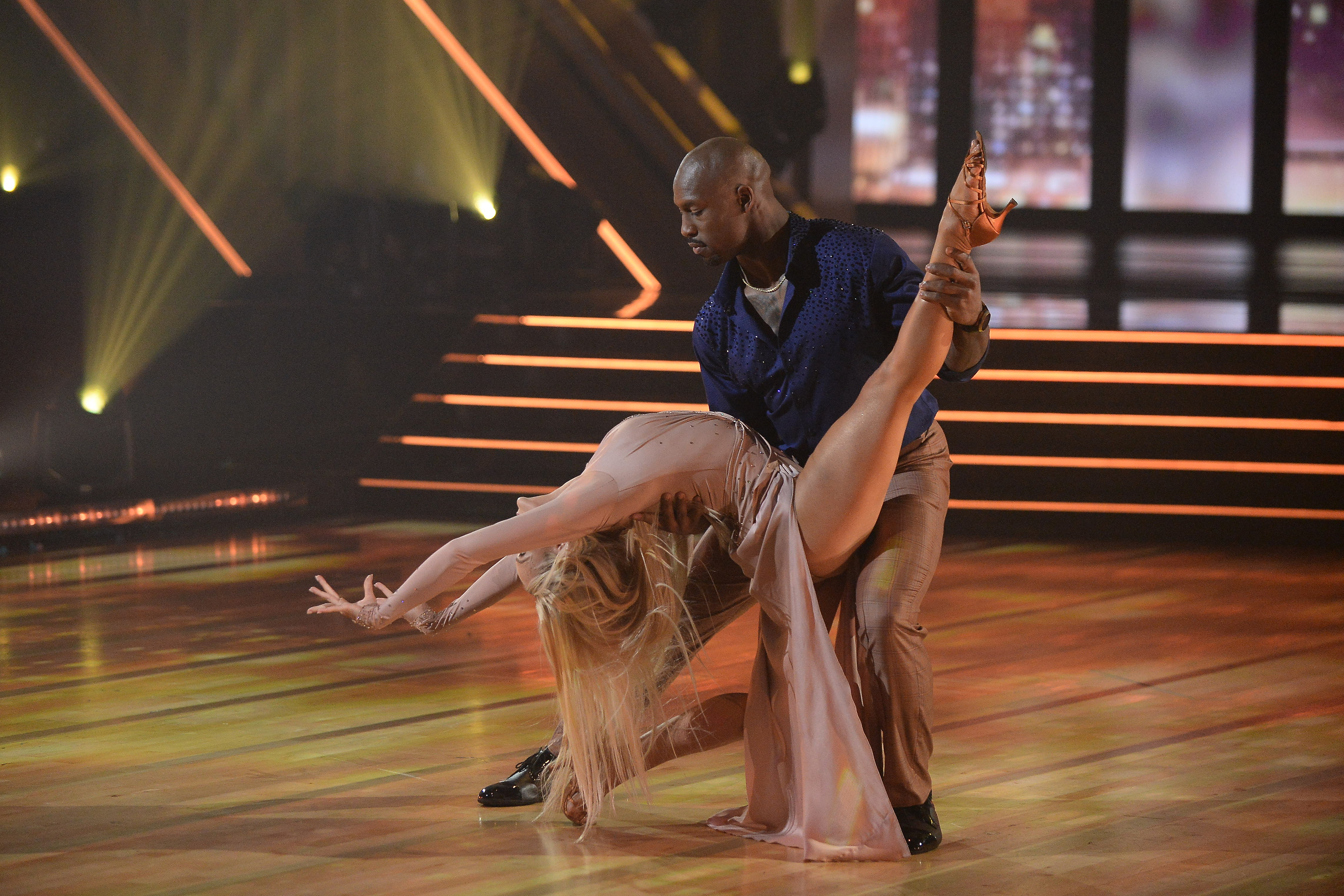 Put on your leg warmers and spandex, Dancing With The Stars fans. Monday night is 80s night, and you’re not going to want to miss this.

There are 12 celebrities left on the competition dance series, and they’ve all proven to have some serious dance skills. It’s a close race, with lots of the celebs and their partners breaking into scores in the 20s, and there’s no telling who will go home next.

Monday night’s show will hope to see host Tyra Banks bounce back from both an unfortunate styling night, according to confused Twitter fashionistas, and an elimination mistake in which Banks named a couple safe when they were really at risk of going home.

Twitter has lots of opinions on Season 29 so far, and so do we. So buckle up and practice your running man! 80s night is about to begin, and we’re throwing you live updates all night long.

Some pupils believe they received lower grades because their schools have not performed as well as others in the past.
Read more

This is the first time in 21 weeks that the weekly jobless claims have dipped below 1 million.
Read more

Congressional lawmakers issued a formal request for USPS leadership to testify at an upcoming hearing on Sunday. The hearing, set for August 24, will examine the postal service's "sweeping" operational changes and their effects on mail-in voting.
Read more

Democratic presidential nominee Joe Biden said Sunday that any Supreme Court nomination from President Trump should be withdrawn if the former vice president wins the election and slammed attempts to push a nominee ...
Read more

The media has a habit -- a bad one, some argue -- of "both-sidesing" issues to appear unbiased and neutral. But that doesn't work in President Donald Trump's America, Yale professor Jason Stanley says.
Read more

Doug Gray is still reeling in the wake of country music legend Charlie Daniels’ untimely death due to a hemorrhagic stroke at the age of 83.
Read more

Netflix defends ‘Cuties’ as ‘social commentary’ against sexualization of...

Senate Democrats push to include free phone calls for incarcerated...

A group of Senate Democrats are pushing to include a provision in the next coronavirus relief package that would provide access to free phone and video calls for people incarcerated in federal prisons.The law...
Read more

CNN’s Tapper scolds Biden for not coughing into his...

CNN's Jake Tapper scolded Joe Biden for not coughing into his elbow, instructing the 2020 Democratic frontrunner for the presidential nomination on the recommended way to avoid spreading germs during the corona...
Read more

With no universal playbook for virus testing, each sport...

There is no universal playbook for coronavirus testing in professional sports, but there's plenty of common ground.
Read more

MLB baseball's Opening Day of the 2020 season Thursday means the Red Sox, the Yankees, the Cardinals and other teams return to home stadiums. But not the Blue Jays.
Read more

5 Ways ‘The Bachelorette’ Clare Crawley and Jessica from...

Possible tropical developement off the Mid-Atlantic

The area of disturbance responsible for soaking the Southeast is forecast to move into the Mid-Atlantic where it can gain strength.. CNN Meteorologist Pedram Javaheri has the latest on how much more rain the region will get and the likelihood of tropical dev…
Read more

On the heels of another profitable quarter, despite a coronavirus-induced shutdown of its California plant, the electric automaker announced its fourth factory.
Read more

Taylor Hanson and wife announce they are expecting seventh...

Hanson shared the happy news with a photo of themselves holding hands with the caption, "The best kind of unexpected. Number seven coming this December. #2020."
Read more

Get fit in isolation with the Samsung Galaxy Watch...

Ohio State University has announced it will be nixing spring break from its academic calendar in 2021 over concerns about exposure to COVID-19.In a recent letter to students, faculty and staff, the school's executi...
Read more

Coronavirus: Masks to be compulsory on public transport

Research from the South Korean Center for Disease Control suggests patients who recovered from COVID-19, but then tested positive for the virus again, are not able to spread the virus to others.
Read more

More than half a million people across several states were without power Thursday.
Read more

Captain Tom Moore, 100, to be knighted after raising...

Captain Tom Moore, a 100-year-old British war veteran, will be knighted for his work in raising almost $40 million for charity during the coronavirus pandemic, according to a report on Tuesday.
Read more

Developers and scientists who need compute horsepower of 16 Nvidia’s A100 GPUs can now get it from Google.
Read more