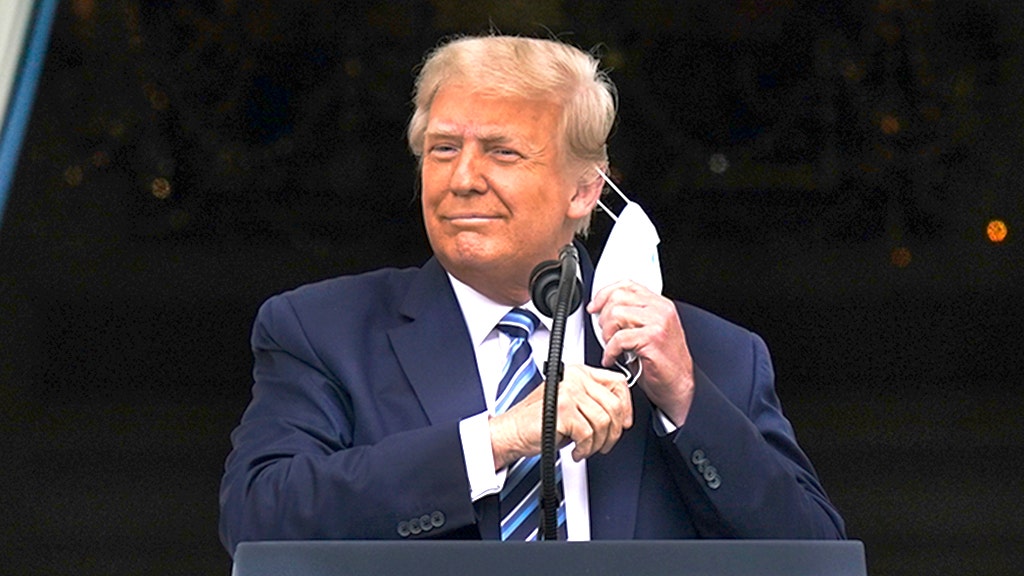 Several media outlets decided not to travel on Air Force One with President Trump as he traveled to a rally in Florida, citing concerns over his recent COVID-19 diagnosis, despite the White House physician clearing him to return to the stump.

The New York Times reported Monday that The Washington Post and Wall Street Journal have joined the “Gray Lady,” a nickname for The New York Times, in choosing not to send any journalists, to ride with the president.

Other media organizations and websites which have recently avoided Whtie House press pool duty reportedly include Politico, Hearst Newspapers and BuzzFeed, according to the Times.

“White House reporters had safety concerns and were not comfortable traveling with the president at this time,” Elisabeth Bumiller, Washington bureau chief for the Times said.

This news comes as Trump rallied in Florida on Monday night at an airport in Sanford, just north of Orlando, appearing at his first campaign event since his coronavirus diagnosis.

His doctor said he’s responded well to treatment and claims he can safely go about his normal schedule without being an infection risk.

China launched its first fully homegrown Mars mission on Thursday as it attempts to join the United States in successfully landing a spacecraft on the red planet.
Read more

Dream up a Cyberpunk 2077-inspired PC case design to...

The company behind Ann Taylor and Lane Bryant filed for bankruptcy Thursday and said it will close some stores under the umbrella of the Ascena Retail Group company. Ascena said it filed for Chapter 11 bankruptcy, citing the COVID-19 pandemic...
Read more

There are false videos that have gone viral. Some are doctored or old footage that has thousands of views.
Read more

Tropical Storm Gonzalo could strengthen into a hurricane

Gonzalo has already set a record in what is expected to be an unusually active Atlantic hurricane season.
Read more

A spike in coronavirus cases leads officials to postpone the reopening of leisure facilities.
Read more

Facebook employees have publicly criticized the company for not taking action against President Trump's comments on protests against police brutality in Minnesota.Tensions between the staff and top executives were...
Read more

Lenovo's latest bank holiday sales means a huge array of laptop deals are up for grabs this weekend with savings of up to 300.
Read more

Orionids, one of the the best meteor showers, peaks...

Skywatchers have the chance to see a spectacular meteor shower this week, as Earth passes through the debris from Halley's Comet.
Read more

Another fierce hurricane, 15 years after Katrina, shows who...

Vulnerable communities are disproportionately affected by natural disasters, so at a time when the US is facing hundreds of active wildfires, devastating storms, record temperatures and a global pandemic, investing in climate justice is more critical than eve…
Read more

The proposed deal must still be approved by Congress.
Read more

The Ohio Republican Party has pulled a campaign advertisement which accused an incumbent Democratic state representative of owing a 1999 debt actually belonging to another man with his same name.
Read more

A drought as bad as any in recorded history may be underway in the US.
Read more

The reprimand could be a major problem for the Arizona Republican's reelection bid.
Read more

Families of Jackie Robinson, MLK ‘insulted’ by their images...

Photos of the civil rights icons were used in a campaign ad touting American exceptionalism. and warning that some "want to destroy our traditions"
Read more

Klobuchar calls for postponement of Supreme Court hearing: ‘We...

These stunning images show life during the pandemic. The...

Arresting photographs of life in the Caribbean and Latin America during coronavirus are on display in an exhibit by New York City's Bronx Documentary Center spanning several city blocks.
Read more

In an interview on Friday with the Washington Post, Christie said Stepien’s work ethic and expertise in voter turnout would boost Trump’s standing in the election.
Read more

With scientific evidence of possible life on the 2nd planet from the sun renewing public interest, the Roscosmos chief would like to remind everyone who got there first.
Read more

Drugmaker's timeline deals a blow to Donald Trump's claim that a vaccine could be out before the November election.
Read more

eCommerce platforms in India are under the purview of the consumer affairs department but in the past the government only issued advisories on do's and don'ts.
Read more

Whitmer faults Trump for fighting other Americans more than...

Mamamoo’s Hwasa Just Made Harry Styles’s Song Of The...

Looking for cheap gaming laptop deals? They don't get much better than this £599 HP Pavilion courtesy of the Amazon Summer Sale.
Read more

Jay-Z offers to pay fines for Alvin Cole’s mother, sisters and other...