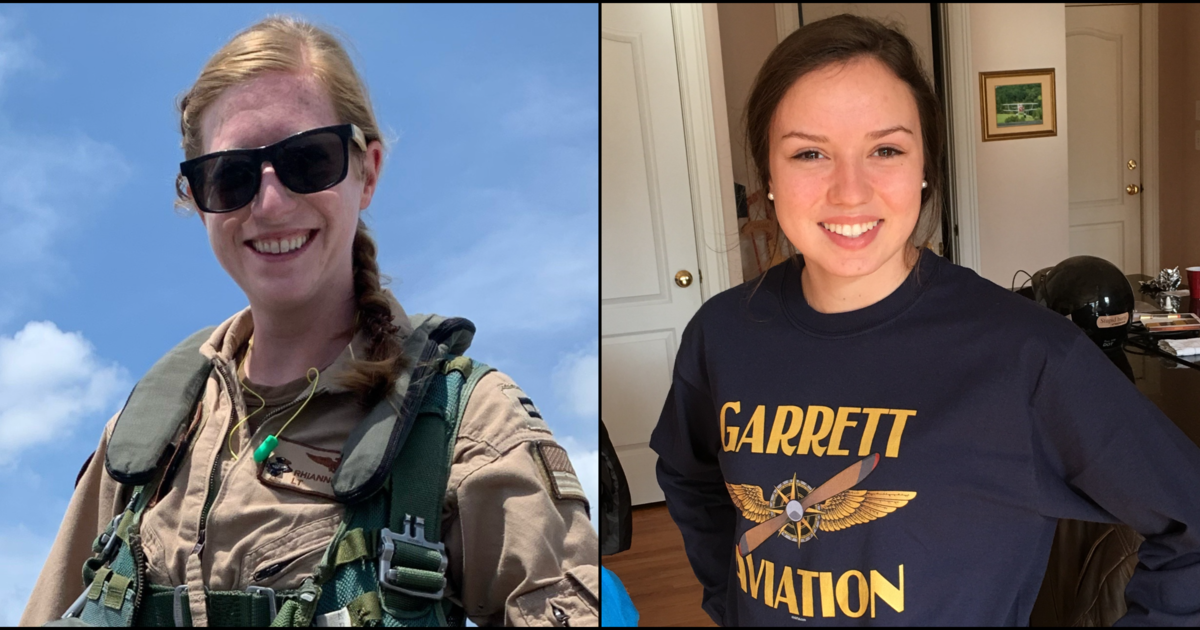 A U.S. Navy training plane that took off from Florida crashed Friday in an Alabama residential neighborhood near the Gulf Coast, killing both people in the plane, authorities said. The victims were identified as U.S. Navy Lieutenant Rhiannon Ross, 30, of Wixom, Michigan, and U.S. Coast Guard Ensign Morgan Garrett, 24, of Weddington, North Carolina, according to a press release.

No injuries were reported on the ground.

Foley Fire Chief Joey Darby said responders encountered a “large volume of fire” with a home and several cars engulfed in flames. Firefighters were able to make “a quick stop on the fire,” the chief told local news outlets.

The crash occurred southeast of Mobile, near the city of Foley and the town of Magnolia Springs. Darby called the neighborhood a “heavily populated” residential area. No firefighters were injured, he added.

The plane had flown out of Naval Air Station Whiting Field, about 30 miles northeast of Pensacola, Florida, Navy spokeswoman Julie Ziegenhorn said. The U.S. Department of Defense and the Navy are handling the investigation, the Baldwin County Sheriff’s Office tweeted.

This photo shows the scene where a U.S. Navy training plane crashed in an Alabama neighborhood on October 23, 2020, near Foley, Alabama.

Trump administration weighs a show of force in more...

Play has been suspended and the course evacuated during the final of the Rose Ladies Series after a large fire broke out at Wentworth.
Read more

Mike Pompeo Lashes Out at Critics of Homeschooling, Says...

The secretary of state accused radical-left academics of "seeking to impose their values on our children."
Read more

Speculations are rife about the possibility of its foldable smartphone variants keeping the main display area at the back of the phone.
Read more

Facebook employees have publicly criticized the company for not taking action against President Trump's comments on protests against police brutality in Minnesota.Tensions between the staff and top executives were...
Read more

Scotland’s papers: Baby found next to dead mum and...

The story of how a "starving baby" was found beside his dead mother and limits on care home visits make the front pages.
Read more

Third-grade teacher dies of COVID-19 while students were in...

John Legend and Common performed "Glory" as part of a tribute to the late Rep. John Lewis (D-Ga.) on the final night of the Democratic National Convention on Thursday.Legend and Common wrote the Academy Award-winni...
Read more

The Los Angeles Chargers considered Cam Newton, but instead,...

Vanilla Ice has indefinitely postponed a Texas concert that drew fierce criticism for being scheduled in the middle of the coronavirus pandemic.The rapper, best known for the 1990 hit single "Ice Ice Baby" had been...
Read more

Barr casts doubt on mail-in voting: ‘There are going...

Attorney General William Barr blasted mail-in voting Thursday in Arizona, a state where about 80 percent of voters receive ballots in the mail.Barr suggested mail-in ballots, used in much of the western U.S., are m...
Read more

Although they receive a fraction of the attention devoted to state-sponsored groups or headline-grabbing heists, “cyber mercenary” services are widely used.
Read more

With online learning, class bullies fade to the background

After millions of schoolchildren suddenly transferred to cyber school, some are finding a surprising upside: Complicated social dynamics can simplify, as they learn online. Some students have been freed from the distraction of class bullies.
Read more

A manhunt was underway Sunday for a 23-year-old man who police say attacked three people in the past two days, killing two of them.
Read more

Suspected poisoning of Putin critic was meant to kill...

It's all love for "The Fresh Prince of Bel-Air" reunion.
Read more

Fauci: I was not invited to Trump’s coronavirus briefing

Coronavirus pandemic ‘was nothing’ to potential No. 1 NBA...

Anthony Edwards could potentially be the No. 1 pick when the NBA Draft begins next month.
Read more

Astronaut “can’t even hug people” after 7 months in...

Meet The People Who Can’t Wait To Get Back...

Cruises are canceled, but plenty of fans are eager to start sailing again.
Read more

The suit targeted election proceedings in Wayne County, where Detroit is located, and called for an audit.
Read more

This shouldn't surprise those of us that partook in the "cereal pancake" trend.
Read more

Quiz of the week: Who scored the Premier League’s...

How closely have you been paying attention to what's been going on during the past seven days?
Read more

Despite virus, Pompeo in Israel to talk West Bank...

U.S. Secretary of State Mike Pompeo is in Israel for meetings with Benjamin Netanyahu and the prime minister's new governing partner to discuss Israeli plans to annex parts of the West Bank
Read more

The US TV star posts photos of her new buzz cut after struggling with hair loss for almost 30 years.
Read more

Spurs ‘not in same league’ as other clubs in...

Jose Mourinho says Tottenham are not going to be "in the same world" as other Premier League clubs in this summer's transfer market.
Read more

Graham says he doesn't worry about getting slammed by Lou Dobbs